Twenty eight years ago today, Jock Stein, the greatest Celtic manager of all died whilst in charge of the Scottish national team in Cardiff.

It certainly doesn’t seem like it was that long ago, but perhaps thats what Bill Shankly meant when told the big man that he was “immortal ”

His spirit, however , remains 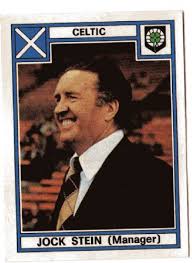 A visionary on the pitch, nurturing  a style of football which would later be copied by the famous Dutch total footballers, perhaps another of his statements needs to be heeded in these days of televised football at times to suit the broadcasters;

May he rest forever in peace.

Speaking of Scotland, the national side take to the field again tonight in another World Cup qualifier against Macedonia. The condition of the pitch, the thuggish style of the Macedonians and Stephen Whittaker have already been wheeled out as excuses for any defeat, and Gordon Strachan , who must surely cry himself to sleep at night when he looks at his squad list, has predicted how many points the Scots will get from this dismal campaign

Supporters, however, have come up with a cunning plan to prevent the Macedonians from scoring. 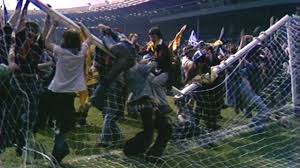 Like everyone else, I’ll watch the game, but Coronation Street is getting interesting, with the guy who burnt down the pub about to be caught out, and the one who you wouldn’t have babysitting about to be told whether he is guilty or not.

His own pride may have been hurt a little after ceaseless jibes about his shape and size when he donned a Celtic strip for the first time in years. Martin O’Neill, in the pre match team talk said that Lennon had to be lowered into the stadium, and it didn’t help when some unflattering photographs emerged on the interweb, which proved that age is indeed a cruel mistress. 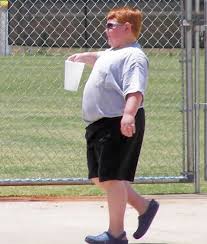 O’ Neill, though, spoke very highly of Lennon, when it got serious;

“The club is in good hands now with Neil as manager.

“He has overcome some uncomfortable moments, as you might expect from someone embarking on a managerial career.

“And he continues to lead the club as a manager in the same way as he did as a player – from the front.

“He knew the club and the history, and we disagreed vehemently a few times. But, over the period, I thought we had a really strong relationship.

“I’m genuinely delighted it’s going well for him as manager of Celtic. He could become one of the all-time greats.”

Well, Europe beckons, with the Champions League group stages just one week away. Henrik Larsson, who knows a thing or two about football, had this to say , on Celtics chances;

“Last season’s group was difficult and so is this one.

“Being realistic, you can see that it is a very tough group for Celtic.

“But nothing is impossible. The teams coming to Celtic Park are not going to enjoy it that much.

“It depends what they can get out of the games here and hopefully do something away from home – then you just never know.

“It was fantastic to watch Celtic do so well last season.

“Last season’s success will help them but they have lost a few players who were important to them.

“There was a wee smile when I saw Barcelona come out of the draw again, as they are two clubs who have been special to me in my career.”

Next weeks opponents Milan could be without their two first choice full backs, with Ignazio Abatte and Mattio de Sciglio both injured. They will have to reshuffle their pack for the game against Torino this weekend, which is bound to be on the telly somewhere.

Meanwhile, Celtic will face Hearts at Tynecastle on Saturday, and will be without new bhoy Nir Bilton, who will be given time off for the feast of Yom Kippur, which runs from Friday night to Saturday night.

Teemu Pukki may well feature, and John Terry hasn’t gone home yet, he’s hanging round the dressing room trying to nick someones shirt so he can get a game.

Terry claims to have been quite taken with Celtic, and his appearance in Petrovs game has won him some admiration from the Celtic support. Unless you believe this bitter rant on a Newcastle United website, which condemns Celtic supporters for booing the likes of Terry, and former Rangers player Carlos Cueller, pictured below

thats the link for the rant, which was written by a fan of Newcastle Utd, who have always wanted to be a big , successful club, but never quite got there.

Heres a wee question, in what context is the word “Why ? ” used here ?

Could it be why is Kyle Lafferty being recommended  in the Scottish Record, or could it be why does anyone think he’s an international, or just O’Neill asking “Why me ? ” ?

Answers on a postcard. But not to me.

Jim Spence has been teasing everyone on his twitter account, hinting that he may have to look for another job. Actually, it all seems like attention is being deflected on to him because there is something bad about to break from Ibrox..

Many Rangers fans are agonised at the thought of their club being new – they simply rule it out. “It’s the company, not the club,” became the mantra. Other Rangers observers – like me – find it hard to escape the view that the current club is a new club.

That was Graeme Spiers, back on June 19, but he got nowhere near this kind of fuss made about him, and there were no calls for his head. Not suggesting there should be, but its just odd that Spence is getting it.

Ach, but who cares ? Reminds me of a film I saw ages ago, but can’t remember what its called. 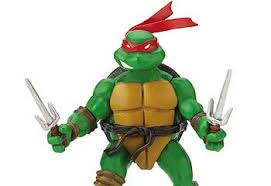 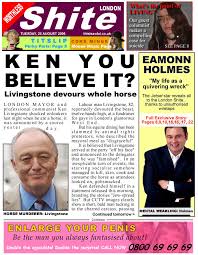 The first guy, is his girlfriend called Michelle?

Loved the sticker, I actually had the smell of a freshly opened pack of Panini Sticker in my nose.

If only we’d signed Davie Weir the same time we’d signed Scheidt and Tebilly, we’d have had a back three of “Weir Tebilly Scheidt”, which would probably have been a fair enough reflection of the sieve in the days of Barnes and Dalglish…..

I mentioned Scheidt yesterday, so I had the answer even before the question was raised. Do I win a coconut? NURSE!

Re that rant from a Newcastle “fan” – who obviously sees everything in black & white. -In case anybody else is thinking of going on cyber-attack, you might want to note that 1 of the tweets they used was from a Tim (@BeatnikBrian) – The bastards (mis)used his tongue in cheek tweet out of context. It’s pretty clear whoever wrote that crap is a hypocrite – using the pantomine boos at a cancer charity match to produce anti Celtic propaganda shows just how low some peepil will stoop.

Can I begin by answering Desi’s reply to my comment yesterday? It is definitely b). It follows me everywhere. I hope it is taken a s standing joke on my part as I would never complain about the Farmers’ Daily. So, sorry, Desi, no blog along those lines. You will just have to put up with my non-humour, mate 🙂

My thanks for your tribute to Big Jock. Not everything that could be has been said but I am not capable of saying it.

Loved the Terry bit and the Geordies’ cheap digs. I did not realise Asda clothing had started a another big range in tape for mouths. I live in the area. I would not be concerned. Even the two planks of wood complain about the brain thickness. What is really surprising is how fans who watch a pantomime every week did not get it.

Methinks Mr. J Spence Esq. may just have lit a mighty fuse as the rumblings of the waking BBC giant or Puff The Magic Dragon as it is generally known, might just be a bit annoyed. The question remains, however, with whom?

Quiz: You must have a brass shell giving us this one. Or is it just a load of Turtle?

Btw. 1 of the tweets retweeted by @NickMoore1211 on that grubby Geordie blog, actually originated from a hun – @ryansnrryanjnr – a “Chelsea” fan from Glasgow who happens to have a picture on his profile header background page of a crowd of “loyal” fans under a union jack sporting old “team with no name” shirts. Of course, that and the “1690” used as part of his snapchat name are probably just a figment of my paranoid imagination – not.

There is an anti-Celtic element down here but I would hate to have all the Newcastle supporters tarred as such. Almost all I know are A1 (like the pun) guys and some are really close friends. You know the one about a few bad apples make you blue and can destroy the whole sack? 🙂

That daft Noocassull sight has previous when it comes to articles trying to portray Celtic and it’s fans in a bad light. I wouldn’t take it as representative of what the Toon Army think of Celtic, it’s more likely one lone gadge who has links to a dead club. If he wants to spend his time berating a club who ain’t even from his own country rather than whatever is not happening at his own perennial bridesmaid club then a big Glee-style “Whatever!” to him.

I would also like to say a belated well done and thanks to all involved in Stan’s charity game, including JT, CC and the wee gonk from wan direction who broke his hair or something. The depths to which some folk on the web stoop to to attack Celtic know no lows. Rather than focus on hat was a wonderful life-affirming day when a worthy charity benefitted they focus on a few good-spirited barely audible boos. Shite doesn’t begin to describe them.

Let’s all fully support Jim ‘Oor Wullie’ Spence and his stance against Zombears FC. He is pretty much a lone voice in the Scots meeja and should be backed to the hilt for not being a script-reading Stepford Wife like the rest of the spineless cowards masquerading as journos.

Can I interest you in some of my pills? You sound like you need something :)!

Many thanks for the kind offer PB.

Any potential side effects? Are they pills u would only take at the weekend?

I’ll try some good old fashioned sleep first but I may be in touch in the near future….

Feck newcastle. I care not a jot for them or what they think of us

I actually made that picture with the Stein quote.

some crackers in there. Can I borow the Robert Burns one ?