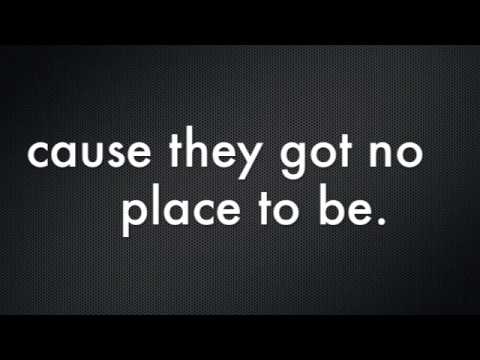 What you going to do?

But you said it would be okay

But you said you could sort it

I KNOW WHAT I SAID!, leave it will you. Im trying to think here.

How can you not know?

How can I not know, what sort of question is that?

Well you said it was straightforward enough

You said you would just go back, get the 50 grand a year while you got the low down

So how did it end up with you here?

I dont understand, did they force you out?

Did they demote you?

They made me the boss

Oh,  well then, but wait, I really dont understand

In front of the punters aye

Behind the scenes I had nothing

But you were head of the board

So how did you have nothing

Because they were just at the wind up

You know who, them

Who?, the guys who take aw the money and give nothing in return?

Enough of that crap you

Well its back to Square one

We support the other guys

Mind the guys we supported the first time?

Those guys?, but haud oan

I thought you left those guys to jump ship wae the other guys?

And now the other guys have kicked you out?

What do you mean you dont know?

I dont know alright. They say they want change

Change, how much they got?

This the same guys who didnt have any money the last time?

And include the guy who was on the Board back when we spent aw the money ourselves?

And they think its going to change cause they ask for it?

They have the fans backing

The fans? That the same fans who have backed every Tom Dick and Harry who have stepped up to the door?

The fans who keep wanting represented on the board, is the new mob giving them that?

I dont think so

So nothing changed then, same faces, same patter

He still around banging his vuvuzela?

Aye, says he cant see any problem with SFA checks regards decent and proper either

Well maybe Campbell can check for him, he survived awright

Well he has to play it cool doesnt he?

They havenae sacked him yet after yet another cup shambles, they willnae dae it now surely?

They will if it saves them redundancy

Ah, so he had the Chairmans backing?

Oh! So anyone backing him?

He no in Bongo Bongo land or his French villa?

Generating interest in the clubs shares

Hes hired as a consultant

For whom?, the club or his mates or is it all the same thing these days?

Ah,I remember his prospectus, I take it they are worth a lot more?

No really, half that if youre lucky. Holding company shares have plummented since the IPO.

Wow, much did his mob pay for the shares mind, they must be taking a big hit then?

They all got loads and loadsa shares when they slipped in, all at a discount rate

Oh, so a chance they might break even if theyre lucky?

How did this happen?

Their discount rate was next to nowt

So theyre still quids in and the punters are gubbed. How did that happen?

Is that all you can say, I dont know

Forget it. Do us both a favour and just lets get up the road, this is embarrassing

The tired old man sighed heavily and shamefully lowered his gaze. He reached out his hand and turned on the cold tap. He lowered his head and splashed the water on his face, carefully avoiding his spotless clothes. The cool fresh water felt good; this was the first time he had felt aware in a long time. He rose from his position and dried himself off with a nearby towel.

It was time to go.

He knew it, they knew it, everyone knew it.

Would he ever be back?. Well they had seen him go plenty of times, and of course he’d always made it back. He had always survived, in fact somehow he always got plaudits regardless of whatever calamity had lay at his feet when he walked away. Would they ever learn? He doubted it. He took one last look at the mirror and headed once again for the marble staircase and the exit door  beyond.

That was hilarious, my eyes were steaming, fantastic, keep them coming,you should be on the telly( for our younger readers that is the television)That is one of the funniest things I have read in a long time.
HH, keep the faith.
Europe till Xmass at least

Absolutely superb and very visual. Keep these coming all day long. Loved it from start to finish. HH

Guys, well done. Not many people get what they have done. They have probably bought the club cheap, floated it, taking out a lot of money for the original sevco shareholders and leaving a but in for working capital. I’d love to see their cash flows. Classic. This move has happened in lots of different situations and companies. Not illegal unless they are proven to gsve wrongfully traded as Directors and there is a lot of daylight between the float and the future administration so no problemo; unless you are an investor who has seen his cash pissed away or a fan who can’t stomach another administration process.
No bad eh?

One of the cleverest, funniest posts I have ever read. A touch of Camus about the style!? First class.

That was fantastic, best thing i’ve read for a while HH

Don’t blame King. Vuvuzela’s got a great booty on her! 🙂

Really good article. Facts do not seem to dent the dreamworld of Scottish Journalism and the Sevco fan.
But we can still laugh at them. The humour here is very sly- in the good sense of the word.