The one we dreaded, halfway round the world. Celtic will face Shakhtor Karagandy in the play off for this seasons group stages of the European Champions League.

With this draw, thats European in the loosest possible meaning of the word. 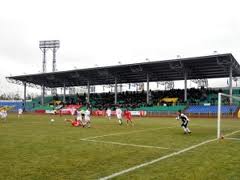 A sort of Motherwell of the East. The very far east. The game isn’t until the end of August, but I’d start out now if i was you.

Kelvin Wilson may well be in two minds about his proposed move to Nottingham Forest. He spoke of the sadness at leaving Celtic;

“It will be difficult to go,

European football and the Champions League are massive draws and you just think back to last season. But I am leaving for personal reasons and the manager understands that.

“The situation has not really affected me mentally, it has not been easy I am not going to lie. But people have been looking too much into it.

“I know they have been looking at my state of mind and asking if I am all right to play and wondering where my head was at.

“But that has never been a factor for me or for the manager. I wanted to go out and put in a performance the manager and my team mates would have been proud of and I did that.

“I managed that. The manager trusted me to play and that’s all that matters to me. The group stages of the Champions League last season will live with me forever, so will the friendly against Real Madrid in America.”

Wilson obviously has some serious issues to deal with. Time to leave him alone and let him get on with it.

Mo Bangura, currently on loan at Elfsborg, obviously doesn’t feel that he has done quite enough yet to be shown the exit door at Celtic. His performances on the pitch-including faking injury from a non -existent Kelvin Wilson elbow-would ordinarily be enough to earn him a move, but he still feels he needs to make sure.

During Wednesday nights feast of football, he had a bit of an altercation with Celtic captain Scott Brown, which would actually be the high spot of the game, entertainment wise.

Bangura, however, is still harping on about it. He has had a go at Scott Brown for refusing to shake his hand;

“I was disappointed with Scott’s attitude. “It was no fun playing

against him and I went to shake his hand and he waved me away. He didn’t want to shake.

“Everyone else shook my hand but he didn’t even attempt to extend his hand and I don’t know why because I don’t have a problem with him.

“He has to understand that it’s a football

pitch; you just have to play your game and at the end you shake hands with opponents.

“So I don’t know why he got so angry with me. It was disappointing.”

Bangura was a lot happier with Neil Lennon;

“He came over and gave me a few words of encouragement.

He said he was happy with my performance, that I should keep working hard and he would be happy to see me back after this season. ”

Yeah, we all would.

Calum MacGregor, the midfielder recently loaned out to Notts County, scored the winning goal in a 3-2 win over Fleetwood in the Capital One Cup, and was delighted to have made an impact.

“I’m delighted I played my part,” he said. “It’s a great result for the boys.” , obviously forgetting he had moved, just as the reporter forgot to put the “h” after the “b”

Good luck to him, and maybe we will see him back a much improved player.

Efe Ambrose is the latest to be linked with a move south, Crystal Palace apparently interested. Palace manager, Ian Holloway was asked on SSN about the Nigerian, and replied;

So we can expect to see him in London by tea time. Unless someone tells Holloway who he is.

All this talk of players leaving is kind of depressing, if you don’t count Bangura and Ambrose, and one or two Tims are growing a little restless at the lack of incomings.

There is talk of an Italian” superkid ” , Manuel Capuano, joining the club. He fits the requirements, being 21, and highly rated, but it was in the Star, so forget it. and Lazio want him anyway.

But, perhaps it is all a smokescreen for the signing of Andrea Pirlo, who despite having a girls name, would be a real coup. Another name thrown into the ring-by a former schoolmate of Gary Parker , no less-, is Jermaine Dafoe. However, its worth noting that the source hasn’t had any contact with Parker in decades, and frankly if he told me it was raining I’d have to nip outside and have a look.

Still, theres always Kevin Doyle, in fact, there will always be Kevin Doyle, but he won’t be here until August 31, when everyone else has said no.

Alfred Finnbogasson remains a possibility, but no longer a probability, with Peter Lawwells antics in amsterdam meaning that no-one from Celtic will be allowed in the Netherlands in the near future. Thats why we couldn’t draw PSV in todays draw. Don’t let them kid you that its all about the Champions Route and that nonsense. Lawwell has a lot of influence, you know.

Neil Lennon has said he wants to get some players in, and we’ll just have to trust him.

Somebody nobody seems to trust is Charles Green.

Poor old Chuck. He was brought back by the board of Second ( is it still second, or are they on their third yet ? ) Rangers because the club are losing money. He faced a rant from Ally McCoist when he demanded the manager earned his money by winning something of note, and suddenly all the world is against him.

Its all very confusing, but shares in Haagen Daz and Ben and Jerrys are beginning to show a bit of an increase.

Two hundred “influential ” supporters of Scotlands newest, and soon to be shortest lived , club had a questions and answers session last night, and the Rangers Supporters Association, Assembly and Trust issued a statement;

” In response to this evening’s fans meeting at Ibrox.

We are extremely concerned to learn that there is only £10m left in club funds after the IPO and season ticket monies have gone into the club and will be seeking more detailed answers from the club’s Board. We will seek to convene a follow-up meeting as soon as possible.

We welcome the news that Craig Mather will convene a Board meeting within seven days to consider the future of Charles Green.

If the Board reflect mood of the room at this evening’s fans meeting then Mr Green will be stripped of his consultancy role, the overwhelming majority of fans representatives clearly agreed with Craig Mather’s description of his behaviour as “morally and ethically reprehensible”. His utterances regarding Ally McCoist and Walter Smith were horrifying.

We are glad that Mr Mather has committed to talking to Jim McColl and his colleagues. The issues facing the club are very clear and urgent – with goodwill they can be resolved without resort to an EGM. ”

Manager Ally McCoist also backed Craig Mather, which means he becomes the latest in a long line to receive the dreaded vote of confidence from the manager.

Brian Stockbridge, who is also on the Second Rangers board, announced that there was over £10m in the bank, ( he didn’t say whose account , ) and things were just dandy.

There is talk, however of a massive cash injection into the club as potential sponsors Duracell want to change their slogan to ” Longer lasting than Sevco “.

At this rate, it won’t be their grandchildren who will be Celtic fans, it will be their kids.

Loved the line about McCoist and Smith, his “horrifying ” utterances ! Still, at least that means the Fat Controller will be in charge of the train crash for a bit longer.

Oh, by the way, can anyone tell me what an injunction is ? And when it runs out ?

Billy McNeill was the answer to the picture puzzle yesterday, which was fairly straightforward. This one is a bit more cryptic…. 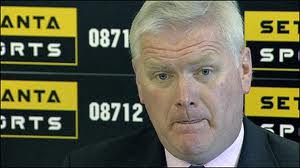 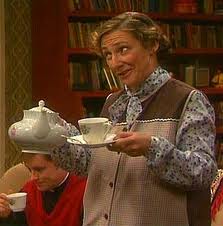 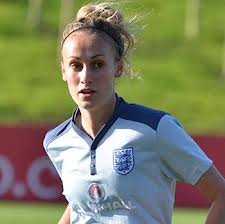 Stop press-experts at Edinburgh zoo think the big panda might be pregnant, but won’t be certain until she actually gives birth. Thought that was the norm with females in Embra ?

The Holy Goalie is down as their KEEPER on Wiki

Ignore a wind up apparently…..

Its actually Asia surely!
plenty of room for lateral movement I would imagine, for any hardy souls willing to make the trip.

Have to say I am delighted with that draw. I know there are no mugs at this stage, cliche, etc, blah blah, and that this team have put out BATE who have had a decent run of it lately in the CL group stages but we should be going into this with a degree of quiet confidence.

Good luck to any Bhoys and Ghirls making that journey. How long before some clever arse mentions Borat like I just did? Meaning I am a clever arse without the clever bit.

You have to chuckle at the deluded zombie buns. Instead of taking decisive action and not subscribing to season tickets (as about 6,000 have done) they simply go down the old “we deserve better” route. Some folk are so beyond redemption it is unreal.
Someone just take them out to the forest with the family shotgun and do the merciful thing. I know some of you like to watch them suffer but it’s surely went beyond a joke now?

now that hull city have changed their name,to hull city tigers,will the zombies now think hull do not have a continous history,or is their logic just driven by jealousy and bigotry

JUST LOOK AT THIS BUNCH OF GANGSTERS ONLY ONE’S MISSING ARE FAT,S SALLY,AND THE WALKAWAY CARDIGAN