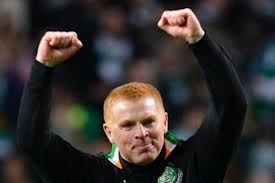 ” Yes , its over. ” she replied, stroking his perspiring brow ” You can open your eyes now ”

Celtic stormed into the final qualifying round of this seasons Champuions League with a spirited battling display against Swedish champs Elfsborg, and in fact were dreadfully unlucky not to add  to the slender 1-0 lead gained with a performance that will be spoken of for many years to come, possibly even mentioned in the same breath as the Brazilian 4-1 win over Italy in 1970.

” See that that Elfsborg game, we were shite, but I watched a video of Brazil and Italy at the weekend and it was quite good. ”

From that summary, you’ve probably guessed that I didn’t see the game. I was in front of the telly, and the game was on, but for some reason my fingers were jammed into my eyes and I couldn’t hear the commentary because of the loud , racking sobs that were coming from deep down where my lungs used to be.

Celtic were truly awful, but fortunately Elfsborg were just as bad. It may not have made pleasant viewing, but the hoops will be in the draw at 11am tomorrow, and that is what matters.

The special arrangement by UEFA means that one of five sides will be packing their bags for Glasgow later this month.

They are Austria Wien, the which is how they spell Vienna , Maribor of Slovenia, Shaktor Karagandy from Khazakstan, Bulgarian side Ludogorets Razgrad or Artur Borucs old team Legia Warsaw.

Alternatively, you could just put your hand into a bag full of scrabble letters and pull out twenty or so letters. You won’t be far off with your own selection.

After the game last night, manager Neil Lennon was a relieved man;

“It was a huge result, It was a tough night. We showed great character. It was a tough game and you have to give credit to Elfsborg – they gave it everything.”

“We will wait to see what the draw brings. It is a step in the right direction. I am really pleased. It was a tough, tough night.”

“I felt we should have had the tie wrapped up after 20 minutes,” Lennon continued.

“You would expect him (Samaras) to score or get it on target anyway and then their goalkeeper has made a fantastic save from Joe Ledley.

“We only needed the one goal to burst the enthusiasm of Elfsborg. We became a bit scrappy but with a bit more quality we might have picked them off near the end. ”

The other big talking point surrounded defender Kelvin Wilson, who will join Nottingham Forest this week, to be near his family and a further away from successful career.

Lennon spoke well of Wilson, shortly before the Englishman lost his capital letters;

“I would say it was Kelvin’s last game for us,”

“I would say he would be away over the next couple of days. If it is then he could go away with his head held high. I thought he was fantastic tonight for us and he will be a huge miss.”

The pull of ones family is quite strong, and I suppose he does have to be congratulated for putting them first-a rarity today-, but there is a feeling that he -or his partner-could have looked harder for a compromise. Still, its none of our business, and he did not let the side down last night-or indeed any other night, so we wish him well.

You get the feeling he isn’t happy about going, and to be fair, spending time in the company of Billy Davies wouldn’t appeal to me either.

Dare I stick my neck out and suggest he might be back one day…..?

Probably a week on Wednesday when he realises what he has done.

Celtic now have ten days or so off, if you don’t count the jolly boys outing to Dublin at the weekend. It will be needed as there seemed to be a lot of players hurt last night-not just their professional pride, but all the bits below the knee.

Charlie Mulgrew was carried off, Mikael Lustig was hurt, Georgios Samaras didn’t finish the game, and towards the end there was a real fear that someone would get badly hurt.

But for now there doesn’t seem to be a need for anyone to apply for planning permission to extend the sickbay at Lennoxtown, but the high incidence of injuries means that perhaps the similar artificial pitches at Celtics training complex may need to be looked at.

Maybe we have found why there are so many knocks and niggles at the club, and perhaps it would be safer to train on red ash.

After last nights efforts, something else the manager could do during this next week or so is hand each of the players the new Celtic top, and tell them to keep staring at it. That way, they will learn to recognise it on the field, and perhaps even aim the ball toward one of them.

The Elfsborg game will not feature on any season highlights dvd, and it will all be forgotten once the draw is made tomorrow, but improvements have to be made.

Wilson leaving means Celtic have pretty much lost the spine of last years side, and it needs to be replaced. If not for any other reason than morale, both on and off the pitch.

Alfred Finnbogasson may be sitting by his phone even as we speak, more steel is needed in midfield, and a centre half is a must.

Considering Celtic have already signed three players, its alarming that no-one feels the team has been improved. The opposite applies, as no-one would have sat down last night thinking that the team that lined up was as good as the one that finished last season.

Still, we’ve trusted the management thus far with the signing policy, and we have great faith in the scouts. They have a busy few weeks ahead of them.

Now, has anyone ever watched Catchphrase, where some pictures are on a screen and you have to guess the well known phrase or saying ?

From these pictures, can you guess the former Celt ? 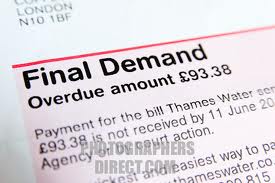 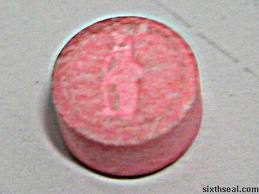 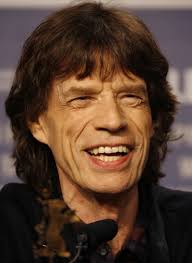 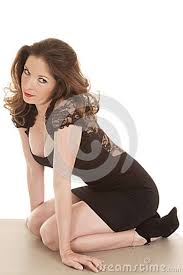 Read from left to right, and then below.

“former Celt” does nt seem right when your talking about Caesar.

that flappy yellow ribbon thing in the middle of BBC2 camera’s view was the most entertaining thing aboot last night.

Still, we re in the draw and I hope we get the Bulgarians and avoid the 8 week 45 stop over trip to Kazakhstan

Thank feck proper interactive TV is still a piece of sci-fi fantasy or else folk would still be trying to pry my hands from the necks of Forrest (for that shocking offside in the 1st half) and Stokes (for putting on a blindfold and not squaring the ball to Commons right at the end) but I suppose near enough the whole team would have got throttled at some point if we were capable of doing that.

Woeful distribution, non-existent possession and a general panic among the team when the ball came to them, like it was one of those cartoon bombs. Fair play to Mikael Lustig (one of the few who would have escaped a Homer Simpson type strangling) after the game for his frank honesty about the game in the interview.

Although we had 2 definite first-pick players missing last night (Virgil & Derk) we really need to buck up our ideas drastically to overcome the step-up in quality we will surely face in the play-off. Lenny needs to be backed to the hilt and deserves it for the minor miracles he performed with the squad in Europe last season.

Still, despite my beeyatchin’, we are through and the fact is that these kind of high pressure qualifying rounds, like cup semi-finals, rarely produce entertaining matches full of flowing football.

As I said give Lenny some funds to get more sorely needed quality in that side. you know, the sort of player who can actually find a team mate with a pass then find a bit of space to receive the ball back. Am I asking for too much here?

Still, at least all of this has deflected us from losing more ribs at the adventures of Zombie FC for a day or 2. Roll on the draw the morra!

Ralph, I dare you to try the above pisture puzzle for Jacki Dziekanowski, Big Pierre or Jan VoH.

“Uhu Neil.. you can come down now” said Dolph

Probably the worse game every last night defo not a Carling moment.

There was a time when Celtic lost those kinda games like last nights….we all want free flowing football with passing at a high speed……but just sometimes ye gotta dig it out……a couple of signings now and the new season is falling into the right shape…….Damn my optimism went into overdrive there……i long for wet away days watching the willie falconers or the paul mcgugans and yearn for some despair in my life.

I was thinking last night about how when I was younger I could pass the ball 10 yards to a guy in my team… like, every single time I could do it..AND..a lot of the times I even passed it forward!! I know, amazing right? I could have made it as a professional. Where was John Park when I was cutting about for the school team.
Maybe it’s these light weighs balls and they just need to go back to the old Mitre MouldMaster, that big brick of an Orange ball we used to use at school.
And what’s with this Balde bloke on the bench, has anyone seen him play? He already has the scent of the next Bangura wafting around him.

Possession football? Are u nuts? It’ll never catch on!

I thought we had already signed 4 players.

Or does Mouyokolo, because it’s difficult to spell his name, not count as a player?

We were shite and got away with it.
Hehe

bad as the game was, the object of the night was to qualify and we did that without there ever being any real scares. How many real chances did Elfsborg actually make? We won’t get free flowing football in every game, there will be nights like last night when we will have to scratch out a result.
Last night’s win also means that if the unthinkable happens and we get knocked out in the next round, then we have the cushion of Europa League football – poor substitute I know, but it’ll mean we still have European nights to look forward to.

btw BORUC is their Keeper!