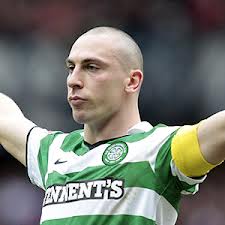 Captain Scott Brown is a happy man. The  operation on his problem abductor seems to have sorted the issue, and allowed for him to make a triumphant return in the weekends 4-0 drubbing of St. Johnstone. Then he got to lift the league trophy..

“It means a lot to me ” he said ” and for the gaffer to give me a start it was really good. I got sixty minutes under my belt and thats great with two big games coming up. I wasn’t expecting to start, not after my performances in training this week anyway, but I felt fine in the game. The gaffer told me early doors I was going to take part in the game, but when i found out I was going to start I was delighted. This is a good couple of weeks ahead of schedule but everythings perfect now. ”

This was told to the Celtic View, and as a result we got the honest opinion of a man who is overjoyed at returning to the side, and looking forward to the future.

No mention of missing Rangers, moving in the summer or asking him if he thinks Lennon should quit for pastures new. Sometimes the Celtic View does have its good points.

Compare and contrast that with Keith Jacksons interview with Victor Wanyama in the Record;

The headline claims that Wanyama thinks Celtic can do a Dortmund and go all the way in the Champions League. Which sounds like someone else looking ahead to the new campaign with a bit of relish.  Jackson then spends the rest of the interview trying to remind readers that Wanyama could, and should be away in the summer.

“The twenty one year old won’t quite rule out the possibility of a summer switch.” says Scotlands journalist of the year.

“Mmmm, make of that what you will ” mused Whacko Jacko.

Er, perhaps it means he is a Celtic player and is staying. Especially when added to the headline that Vic reckons we can make the Champions League final.

Its got to the stage where the daft sod doesn’t believe what he writes either. To be fair, you can’t blame him. He works for the paper that brought you this. 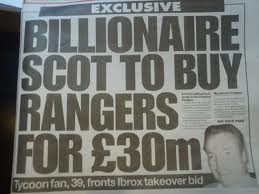 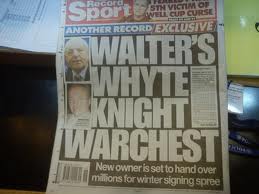 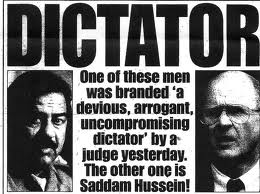 So, when you stop at the paper shop this morning, just get the fags and a packet of mints.

Fraser Wright has been offered a two match ban for his assault on Mikael Lustig during Saturdays game. Wright rounded off a dreadful performance with an own goal in a near perfect attempt to turn Ally McCoists head to join the Ibrox Revolution. Well, it must be a revolution because they all seem pretty dizzy down Govan way.

The newly promoted second division side have agreed terms with Dundee Utds Irish forward John Daly, showing that McCoist has matured tactically and will play the advanced tikki takka football next season.

Signing an Irishman may mean that the new club is about to ditch its “traditions” and perhaps move into a new market. It certainly seems that way, as cadobhoy pointed out when he tweeted this; 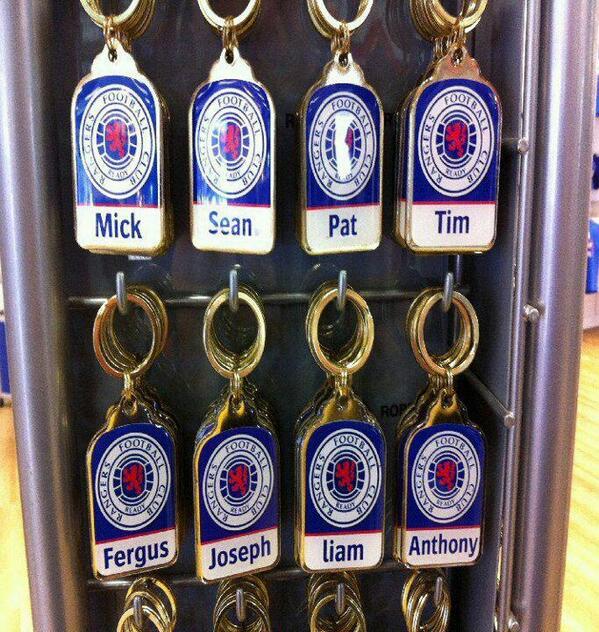 Thanks to him for that.

Peter Lawwells decision to reward Celtic fans by cutting season book prices has had a knock on effect over at the deathstar. They have frozen their own prices, and although you can’t actually buy one yet, there will be much gnashing of teeth that the unseen fenian hand has struck again.

We asked Billy McBiggott of Larkhall what he thought of all the new goings on over at his beloved club, but he was strangely non committal. 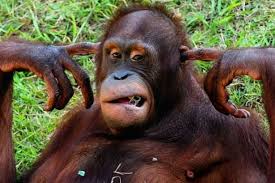 Its good that they don’t have to pay more to watch that dross. After all, they’ve been punished enough.

Charlotte Fakeover, the poster from Scottish Football Monitor has had his priviliges withdrawn over there, as his revelations about the shennannigans haven’t gone down too well over there. Citing the possibility of innaccuracy, but really meaning that the hosts didn’t want to upset Sevco/ Rangers fans, they have pretty much forced him to go elsewhere.

The guy is obviously on to something, and if he is needing a platform to air his findings, he only has to get in touch. Etims has always been proud of its honesty and older readers may remember the battles of the early days.

We will not be silenced, although we don’t really have a lot to say.

Darren Randolph has kept up our own rumour mill tradition by signing for Birmingham, and not Celtic as rumour had had it. Which is a relief. It means we can go get a goalkeeper instead.

Some time ago, when Rangers were about to go under, the Diary mentioned that they would drag anything and anyone they could down with them. CQN mentioned yesterday that certain conversations between Sevco and bigwigs at the SFA may be about to be released to put pressure on the ruling organisation. That should be good.

“You down the lodge tonight?”

More interestingly though, the blog hints at Sevco having refunded a couple of investors to the tune of £1m, which means that is more money out of the big account.

But best of all, can it really be true what they said about Jim Traynor? Has he really tried to get his gig back at the BBC, just weeks after banning them from Ibrox?

Is it true they told him where to go? I think we should be told. We tried to catch up with him to ask, but he made a quick getaway. 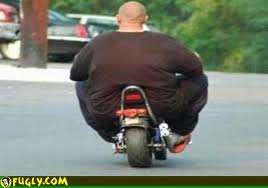 Statistics from this seasons SPL say that more goals, more shots on goal and therefore more all round entertainment has been the mark of the game post-Armageddon, so another of Keith Jacksons statements shows exactly how much attention he’s been paying.

When bringing Neil “Should I stay or should i go ” Lennon into the Wanyama interview, as is the want of all MSM journalists, Jackson begged the question of the gaffer, should he;

“Get the hell out of Dodge before he’s tied into another mundane SPL slog and a one-horse race of a title defence?”

You can almost feel his pain.

Lennon could be in trouble again. Has he said something here to upset cheeky chunkster Ally McCoist?  If so, what on earth could it be? 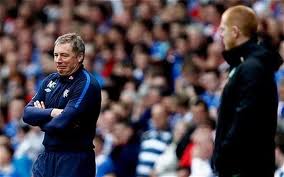 Ally, they have ran out of yum yums at greggs

I see they’re only freezing ticket prices at the deathstar, with a little bit of imagination they could have enticed more fans (sic) in by giving a free pie and bovril with the £0.00 priced tickets.

Ally does his impression of Walter Smith for Lenny

I wish Neil had signed Daly and law fae well, just to annoy and deprive the zombies. Remember in the previous hun life when they signed a few players, that we did the donkey work first. Not too late to nip in and do the business for experienced pool players. Get them settled in now and not signing loan players on deadline day.

put them on to a couple of second division outfits ? good idea actually.

on loan a mean

Sally – “That smell wisnae me by the way. I have to be honest with you”.
Lenny – “Pish. This place reeks of stale auld pies an’ sausage rolls. That’s your blame all right you sneaky cheeky f*ckwit”.

Lenny – “Another honest decision from the ref again eh Sally?”
Sally – “Eh, but, but to be honest, I can’t lie, cough splutter, etc”.

Lenny – “Sally, what kind of face did you pull when you went down on Sue Barker?”

Jon Daly to Sevco? Quite apart from any other side issues at hand here, this guy is coming to the twilight of his hardly illustrious career. He shows great ambition by opting to sign for a 3rd-tier club who have been in a constant state of chaotic disarray since their recent inception with doubts over their stability to go the long term. When is his ‘Apprentice’ appearance due again?
Not to mention (and I’m not condoning this for a second) but he will be about as welcome in his native Dublin as Ian Paisley bedecked in a black and tan outfit. Clever b(h)oy!

Sally, that burd you shagged the other night when you were drunk was your sister.

Look’s to me like Sally’s laxative is not working …

lenny to ally,any wonder your season tickets are frozen they
are as contaminated as the horsemeat burgers now that you have
signed daly u crazy fool.Findus Finest Fenian

Ah know,Neil, McCall manager of the year …he only got this for lying down against us in league cup…a true brother!

So pray tell fatboy ….how big a brass neck have you got sending that tribute act out wearing the same badge and wee fake stars?