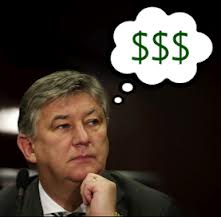 Scott Burns in the Scottish  Express claims that Neil Lennon will get money to improve the squad. Lawwell, he claims, has “vowed to give Neil Lennon the financial muscle he needs to get back into the Champions League.”

He goes on to quote the CEO, who doesn’t actually say anything like this.

“The club is already planning for next season. We have a title to defend, while our aim is to  once again bring Champions League football to Celtic Park.”

After that , Lawwell just whittered on like he has done in every other speech about a great support, wonderful season, 125 year etc…

Still, nice to see the Express keeping up its unique record of never actually getting anything right.

Burns, incidentally, when picking his best ever eleven to have played in Scotland had Goram, Gough, Greig, Cooper, Laudrup and McCoist in the side. With Cooper, Greig  Laudrup , McCoist and Weir in his top ten players ever, I think its safe to say his judgement on football matters is slightly impaired. Thats John Greig and David Weir. In a best ever list. Perhaps he’s confusing football with wrestling. By the way, I looked at Richard Wilsons choices, but stopped reading after he said “even the Scotland national team couldn’t choose between Jardine and McGrain”

Graeme Spiers commented on twitter the other day  that Lennon shouldn’t have mentioned the 125 years of unbroken history in his trophy lifting speech, as it was a cheap jibe at the new Sevco club, currently enjoying well over 125 days of unbroken history. Had he been paying attention to anything that was going on in football, instead of just making smart arsed comments, he would have noticed that the 125 years line has been used all season.

He might also have noticed Sevco boss Ally McCoist-currently trying to decide which of the Everton and Manchester City jobs he will rule himself out of first-had announced to his loyal subjects at Ibrox that “We are the People”, which passed without comment or controversy.

Its incredible how the media , including the radio and tv pundits, seem to look very hard for stories which are anti Celtic, but when an anti -Sevco / Rangers story could be covered, such as the mess they are in now, then the proverbial blind eye is not only turned, but poked out with a hot stick just in case.

I suppose  we are all used to that sort of thing.

Neil Lennon will be presented with the Scottish Football writers award for the second year in a row, and will receive the gong next Sunday evening, as it will take the hacks that long to come up with an invitation that is literate and legible.

“” Its a great honour. This one means more this year. I’m very grateful. Can I go now?” (Well, maybe not the last question.)

The hacks awarded him the trophy as he provided them with expenses paid trips to Barcelona, Turin, Moscow, Lisbon, Helsinki and Helsingborg. Without which, the best they could have claimed for was a trip south to Berwick to follow their favourites abroad.

However, Lennon missed out on the SPL manager of the Year, which was awarded to Stuart McCall, who didn’t even have the decency to  look surprised.

Some of us, sitting in our rooms with a tin foil hat on, may know why. 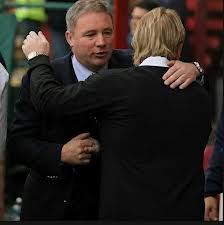 Which bears a remarkable similarity to this;

Which is explained as this; 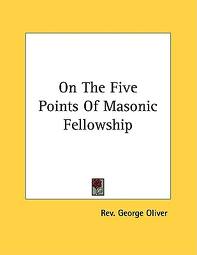 which, in turn, leads us here

Fraser Forster picked up Save of the Year, for the one he made on February 24, which should silence his critics. He has saved something since Christmas after all.

Not surprisingly, West Ham are the latest club to show an interest in securing the services of Gary Hooper. They join fellow London underachievers QPR on his list of potential suitors. Hooper, of course, played in a charity game the other night for Joe Coles brother and must have appeared on their radar then.

There seems to be more and more coming out from the mess over at Ibrox. A new poster on Scottish football monitor has been placing e-mails, audio clips and other little snippets of what may or may not be genuine confidential discussions between the head honchos over there.

This is another little natter between Butch Cassidy and the Sundance Kid as they went about their business.

Leaks to the web? Its probably a director. They’ve all been at it just lately.

The Good Ship Dignity. The  vessel that leaks from the top.

Warm feelings toward former player and now Cardiff manager cooled considerably after his patronising statements about the “Old Firm” wanting to play in England and being unable to compete in Europe due to financial constraints. Predictably, as with any BBC Scotland report, Mackay says to compete, and attract sponsors , we need “Rangers back in the Premier League.”

My old Grandad used to liven up sunday evenings, and people would often stop by for a drink and a sing song. Unfortunately, he passed away some years ago, but I suppose we could dig him up, stick him at the top table and maybe the crowds would come back.

Mackay is then joined by Cardiff director Steve Borley, who says that clubs should forget about attendances, because the real money is in the tv deals.

Oh, dear. Thats the attitude that will kill the game down there (Hooray! ). Football without fans, as someone once said, is nothing.

The guy that said that knew more about football than anyone in the game today, and he was right when he said it, and it still applies today.

Never mind. As long as Cardiff keep producing players like Adam Matthews and Joe Ledley, then we can keep taking them off them, for nothing.

Meanwhile, the silence at Ibrox is shattered when someone shouts  “Oi, dickhead”  from in the stand. 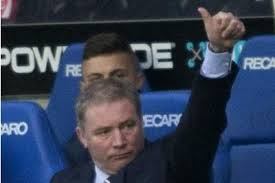 Now, who could he be talking -or listening -to? 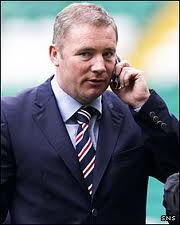 hello is that cash convertors

Sue, is that big fud Tuffnel sittin in ma chair?

I cannot see us spending much in the summer. I will be happy to see Rogic, Twardzik and Watt get more chances.

hi is that greggs are your deliveries like that pizza shop ;
if it’s no here in 20 minutes it’s free ?

“I hope your not taping this Craigy, to one day release this on the net and make me look like a fat, bigoted bawbag. I can manage that all by myself and on camera. We Ate The Pies”.

“Hullo, is that Mr Rich Sheikh? It’s Super Sally here and I am pure dead interested in the newly vacant Man City joab. (click) Hullo, hullo, is anybody therr?”

“Hullo, is that pies anonymous. I have a huge problem which is ruining my life and I seek your help and guidance to rid me of this awful disease.”

Hello, tommy? Could you ring ian black for me?

nice kick about the 5 points anyone wanting to read up on this pish GET MALCOLM C DUNCANS BOOK OF MASONIC RITUAL FAE THE LOCAL LIBRARY, LOTS OF PICS OF HANDSHAKE AND HOW TAE POSITION YIRSEL WHEN ADDRESSING A FELLOW MEMBER OF THE “CLAMMY CLAW” HAIL HAIL AND GOD BLESS NEIL LENNON ,THE ONLY DECENT MANAGER IN SCOTTISH FOOTBALL

“Aye is that Injurylaywers4u? I seemed to have banged my head at work and thought I was a football manager”

Hello, is that the Samaritans?

eh charles sorry to disturb your holiday in dubai but a wont lie to ye and a really have to tell ye im gettin worried that that warchest talk wiz a load a pish !!!