Many different days will always stand out in the history of Celtic. May 25, 1967 is usually accepted as the most important one, and the most celebrated.

Yet May 9 1998 is remembered by many of us as our best day as Celtic fans. The huge sense of relief and triumph when the side stopped Rangers from a history making tenth succesive title, and of course reminding all of us who lived through those terrible times, just what it felt like to be winners again.

Most of us can remember with the finest of details where we were, and what we were doing before, during and after that game. I was working in Lichfield, and had no chance of getting up to the game, young family, responsible job, etc, and with no live television or internet, it was the static of medium wave Radio Scotland for live coverage.

When Henrik Larsson opened the scoring, i was driving home, and almost caused a major traffic incident as just for a second concentration was broken, and the car hurtled across the road and back.

By the time Harald Brattback made sure, i was in the kitchen chewing the fingernails and getting nicotine poisoning.

Its hard to remember the tension involved in that game, as had things not gone our way, the unthinkable tenth title would have gone across the city. now, of course, it will never happen.

Of course, it could be argued, with more than a little accuracy, that the long deathb of Rangers began that day, as the then chairman David murray  embarked on his own interpretation of the financial fair play rules, and his club started its painful-well, for them-descent into liquidation.

Looking back, who would have thought that those two goals fifteen years ago would indirectly see our old foes out of business, and a tribute act giving us so much hilarity less than a generation later.

9 May 1998 deserves to be up there with all the other great days in our clubs illustrious history, and those men, who stopped the ten, have every right to be rememvered alongside any other heroes of the last 125 years.

Its things like this what separate our club from any other, in my humble and completely unbiased opinion, and yesterday a little feeling of despair began to creep in when browsing one or two forums.

Its bizarre enough that the multi million pound commercial outfit that is Manchester united would go for a manager with no european experience, and no major trophies to his name, but thats their problem. What annoyed me yesterday was the amount of Celtic supporters who think that Everton will ask, and Lennon will go. Some saying that its the best job he can hope for, and that he should take the chance .

Even stranger, others were saying that the job is too big for him!

Its bad enough the Scottish media demeaning our club, and belittling the league we play in, but for us to do it ourselves! Its not a case of being unrealistic, my impression of Lennon is that he understands the club, and wants to be a part of it.

Importantly, he’s been around long enough to know that despite what the press may say, Celtic is a big club, a great place to be, and means a lot to people, more so than any other club in the world.

So, when he gets bomb threat, bullets through the post, assaulted in the street and at the side of the pitch and still doesn’t go, why should the chance of obscurity in an overrated league make him want to go hurtling headlong down the M6 ?

I mean, they even play in blue!

Elsewhere, Gary Hooper turned out in a charity match for the late Mitchell cole, who was a team mate of  his at Grays athletic, and the brother of Joe cole, so it won’t be long before he is linked with West Ham. hooper made a brief appearance as a substitute, with full permission from the club, and is to be applauded for remembering his mates.

Stilian Petrov has announced his retirement from the game. Stan, a former Celt, has been battling Luekaemia, and has decided to formally announce he won’t play again. We wish him good luck in his fight against the disease. and wish him all the best.

Victor Wanyama is now rated by several sources at £25m as they continue to try to offload the midfielder. no wonder players don’t bother reading the papers.

Theres no point in going over the already overwhelming reports of Lennon going to Everton, which were inevitable, but as usual, there are no quotes, and no-one has bothered to ask him. but it would be nice if he would come out, tell us he is staying, and let everyone get on with the job of winning the cup.

fergie in a celtic top

theres a clue in the title.

Anyway, let not the doom and gloom of the possibility of a mangerial change bring you down. Today is the anniversary of one of the greatest days in celtics history-go out and enjoy it. 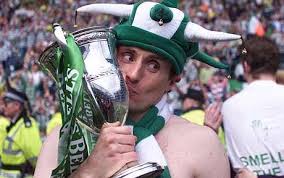 Yesterday asaw another bundle of laughs at the legendary figures of Smith, Mccoist and Weir, and we’ll leave them to one side for now. did anybody hear what was being said in this snap? 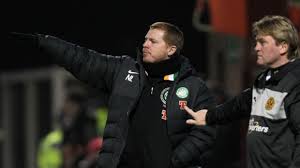 mccall isnt that where ibrox use to be?

Touch me again McCall and I will get Big Dolph over..see him…he’s over there battering Rocky Balbao…

Lenny: “Hoy, ref, if I get a three game ban for swearing, what does this ladyboy get for touching me up?”

This thing needs a spell checker!!

Used a different computer today. Keyboard must be faulty

I wasn’t meaning you, I was meaning my earlier post that did a Lord Lucan

Aye right Stewpot…it’s water off hHidgon’s back…you can see that by the way he’s been waddling about here all game….

McCall “what does T stand for”. Lenny, T is for trophy, something you and your lot won’t see for a long time. Head that way to the Celtic Park trophy laden trophy room if you want to see some.

See that round,white thing? Thats what you’re supposed to kick.

Thats not what Walter told us.

“Is that a naked burd up at that tenament windae?”

“Jeez Lenny ah think you’re right! Check out the Terry Butchers on her, and stop pointing, she might she us watchin”

-See lenny,I press the T and your arm shoots up

Tee lad, I would love to be headed were you are pointing, to the top beside you Lennie, Were as I am so glum because I dont even have a past now

Fvck right off over there ya smelly basturt