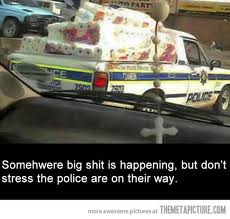 The latest player to be touted for a move away in the summer is Greek forward Georgios Samaras, who, according to the Scotsman, is attracting the attention of Italian newclub Fiorentina.

This, hot on the heels of Fraser Forster declaring his love for Newcastle Utd and all things EPL, would make you think there might be an important game coming up. Or, at worst, maybe trying to deflect attention away from something else.

Perhaps the hysterical laughter that eminates from Timland every time the news comes on is starting to annoy the rest of the country.

So, where do you start with the reasons for this unprecedented level of mirth?

Craig Thomson, Scotlands number one referee, is now the subject of a complaint from Spanish side Malaga, and their coach Manuel Pellegrini explained;

“There was no refereeing in the last seven minutes. The players were allowed to do what they wanted.”

Thomson, of course, was defended by Stuart Dougal, the former referee who gets wheeled out every time one of his own makes an arse of it, dutifully defended him again. Which makes me a little apprehensive for Sundays game, with Thomson and his team in charge at Hampden.

The Juventus game at Celtic Park showed how much a duff official can influence a game, and perhaps we should get another referee in while Thomson is under investigation. Lets see, theres Willie Collum, Ian Brines , oh forget it. Lets just toss a coin at kick off to see who wins and all  go to the pub to mourn Thatcher again.

The U-17s lost 1-0 to Barcelona in Moscow yesterday, in what was a closer game than even the scoreline suggests, and today its the turn of the U-20s who play their semi final against Al Ain in Dhubai. Big worry for boss John Kennedy, as its a 5pm kick off , is the heat, with temperatures expected to hit the 100 degree mark.  Centigrade, I think.

Victor Wanyamas appeal will be heard today, with Celtic hoping common sense will prevail , and the red card he earned against St. Mirren will be rescinded. If its not, there is a chance the punishment could be increased to life imprisonment, no remission, and no conjugal visits.

Meanwhile, all sorts of things have been going on in the new pantomime over at Ibrox.

Charles Green, who allowed himself to ramble unchecked whilst discussing his business partner Imran Ahmed, used the term “my little Paki friend” to describe him, and added that “you can’t say that these days”

Its the only thing to come out of the Yorkshiremans mouth in the last twelve months that is actually true. You cannot say that these days. He is up on a charge with the SFA for racist and offensive comments. The racist comment referred to is outlined above, but the list of offensive comments could go on and on.

Stewart Regan of the SFA  has written to Green asking him to “clarify ” his statements regarding his “shafting ” of Craig whyte during his takeover of the liquidated clubs assets.

Regan hasn’t put a deadline on when Green has to reply, but instead of investigating, or ordering an investigation into the takeover, he has written to Green to ask him what happened.

And this is exactly why they got away with it in the first place. Asking him if he did wrong. So, despite the line of questioning on Radio Scotland being on what punishments could be given out, Regan wants to wait and see if Green admits to doing wrong. Then he’ll decide what to do.

You get the feeling that as the new club lurches from scandal to scandal on its journey to oblivion, Regan really would rather be somewhere else. Anywhere else. Which is exactly what everyone else wishes for him as well.

Tom English, the Irishman who writes for the Scotsman, has decided that Green is “becoming ” a liability to the Third division club. Becoming? Becoming?

For the last twelve months, every bit of nonsense that Green has spouted has been recorded  and pulled to pieces by internet bampots. Each nonsensical claim has been shown up to be nothing more than a comical rant from a man desperate to keep himself and his club on the back pages, in order to fleece as much money as he -and his un-named associates -can from the carcass of the former Glasgow giants.

Now English says he is becoming a liability, by quoting the same things that anyone with even a passing interest in the whole show has known since day one.

Tom, maybe you should look into another career. Or maybe take a refresher course somewhere. Remember, the compliancy of the MSM is one of the main reasons that the massive sports scandal of last year is about to have a sequel.

Meanwhile, the police have been busy as well. They are looking into Whytes initial takeover of the old club from David Murray. Several premises in England and Scotland have been raided, with warrants. There is no further comment from the police at this stage, but that hasn’t stopped speculation from starting on the web.

Personally, I think they are all guilty and should go to jail. Voluntarily, thus saving the taxpayers a lot of money.

And then the press can all tell us how they saw it coming , and were the first to draw attention to it.

Anyway, theres a cup semi final to look forward to. Isn’t it just like the Darkside to try to spoil it for us by self destructing again?

Yesterdays quiz was the first one where I wished that a wrong answer was the right one. Liatromebhoys answer is much better than mine, where he says that its to do with days in April the title has been won. Brilliant.

Today, when you stop screaming about that one, try this one.

Hamilton, Glasgow, London, Dublin. One of them is out of place.

Dublin is the only place Gary Caldwell hasn’t scored an own goal.

Dublin was the only wan named after a soul singer

It must be Dublin, I have tried using Alister in front of all of them and it doesnt sound Hun-like.

Hamilton is the only one to have not hosted a European Final? Pathetic and wrong I suspect

I’ve never been to Hamilton

I’ll go for London – we’ve had a Davie Hamilton on the books, a Sam Glasgow and a Dion Dublin, but no-one called London????

I’ve really got to start doing some work……

Hamilton all the rest are Adidas training shoes

Hamilton is the only one to have a fat baldy professional darts player named after it.

Obviously! You draw a line straight down from Glasgow…through Hamilton…(through your hoose in Potteries)…and you hit London.

Dublin is out of place, its too far West!

I have no idea but I think the surname one sounds like the berries.

“the hysterical laughter” and “historical” now too.

Keeping on track, I say Dublin is the only one that Scottish trains don’t go to. I am certain to be off the rails with this.

As a wee aside, I remember many years ago a “blonde” friend of mine when asked by a Glesga taxi driver where she wanted to go, replied “Dublin”. The drivers reply is far too nice to be printed here. She is still trying to work out what she said wrong even though she is grey now.

London: All the rest were names of Celtic players.

London is the odd one out because it is the only one of the places not mentioned in the Rangers ditty, ‘Follow Follow’.