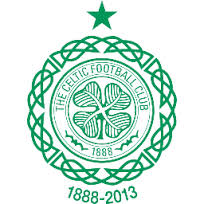 Apologies for the non appearance of yesterdays diary, which was a victim to excessive mourning on Monday.

The post split fixtures have been announced, Celtic getting the home tie to start with that we wanted, but on Sunday instead of Saturday. Inverness will be the visitors, although the league could be won on the Friday night when Motherwell visit Dundee Utd. Poor planning there, as it could have been more exciting had Motherwell and Celtic been playing at the same time.

Disappointingly , there is only one Saturday game pencilled in, at home to St. Johnstone on May 11.

Anyway, before all that theres a cup semi final to deal with, and a chance to bury that Hampden hoodoo.

Fraser Forster has said , in an interview with the BBC, that he would like to return to Newcastle one day, claiming it was a wrench to leave. At first this reads as someone who wants out, but in fact he was just being polite.

Well, possibly. He does seem to mention his EPL wishes at every opportunity.

Kris Commons is delighted that his ankle isn’t as bad as he feared, and is looking forward to the game on Sunday, and he wants to score his 100th club goal during the game.  Commons admitted to being frustrated by injuries, but hopes to round the season off in style.

Two wins out of two for the Under 20s in the Al Ain Championship in Abu Dhabi. John Kennedys side beat Benfica 1-0 to secure a semi final place against host side Al Ain. Coach Steve Frail says that the home side “have some older players “-a bit like the Saudi u-16s who played Scotland in that World Cup final. Most of that side were at least thirty years old, all having their wives and kids watching the game.

Also involved in an overseas tournament are the U-17 side, who drew with hosts Spartak Moscow 1-1 in their opener yesterday. Tomorrow they will face Barcelona.

transfermarket.de, a respected bunch of German boffins, (according to the Scotsman) have valued Celtics 29 man squad at £57.2 million, meaning that the club is the 82nd most valuable in the world. An absolute nothing story which has found its way into the news. But probably worth hiding it from EPL clubs, nonetheless.

Craig Thomson, the referee in charge for Sunday Semi Final made the news across Europe last night, after he and his team of officials missed a couple of offsides and overall put in a really poor shift at the Dortmund -Malaga game.

“It was like there wasn’t a referee on the pitch at the end, it was chaos in the closing stages. There were six or seven things that went unpunished in our area.”

Welcome to our world.

Actually, its not a bad world, really. Cup semi final this week, league title possibly next week, and all seems calm and controlled down at the club.

However, at another club not too far away, not only are the wheels starting to come off, they are already spinning off down the road at speed.

STV interviewed serial liar Charles Green last night, and the reporter, Peter Smith , actually pulled him up on a couple of his er, lies. The first time anyone in the MSM has actually done this.

The reporter asks him if he’d ever lied to the Rangers support, which Charles denied, before then going on to destroy Greens claims about Manchester Utd , and the commercial link with the Dallas Cowboys.

Clearly rattled, Green tells Smith that he has an email from the Cowboys that he would show him after the camera is switched off. Of course, he didn’t bother once the interview was over.

Any lingering  credibility that the Yorkshireman had is being whittled away at an incredible rate. So far, just this week he’s been called a liar, a cheat, a con man, a fraudster, a racist and a shyster.

And he has done nothing to apologise. It seems he really has caught Rangersitis.

Stories are leaking out of more sackings-including a tearful Ian Durrant being led into a taxi, after being told either he-or the club-was finished.

No smoke without fire , they say, and it looks like a scorched earth policy is under way in Govan. Cost cutting is increasing, and one can only sit back in a mixture of awe and amusement as the whole thing starts to come apart.

Mondays odd one out was Stephen Pressley, as one or two correctly answered, because he is the only one of the four to have actually scored for Celtic. Like one or two others, I was convinced Moyes and MacKinlay had found the net, but there is no record of it.

Finally – A request for your help. Its just a click, no money or anything.

Please vote for a friend of the site at the CommunityAwardsNI. Our Gillian does a fine Dancing teaching  job and deserves some recognition for getting lazy weans up on their feet.

Go to http://communityawardsni.com/home/vote-now/ and under

I can’t nail it down, but I reckon it’s either 27 or 28 as Henrik (7) and Lambert(14) won the champions league with Barca and Dortmund?

27 is the odd one out because

Therefore 27 is the only one that is an ‘and’ operator rather than a ‘times’ function.

Hmm can’t remember no 28’s for us so ill put down no 28 has never made a first team appearance for Celtic, seems unlikely in all of our history. Maybe something to do with goals against huns, lambert (14) Larsson (7) Burchhill (27).

Well according to google Ryan MCCann made 1 appearance for us and he was the squad no 28 for a few years for us, so i’ll change it to no one wearing the no 28 shirt has scored for Celtic.

7 is the only Prime Number

I go for 28 – it’s the healthy option on the Orange Wok – Chinese Take Away Menu on Copeland Road- so Sooper Ally has never had this one for his lunch.

IS IT NOT REALLY SAD FOR DAS BUNZ DU BUNNERY POOR SOWLS THEY ALL WOKE UP THE OTHER MORNING AND DISCOVERED THAT THEY HAS SPROUTED A VERY, VERY, VERY LARGE SET OF DONKEEZ EARS, WHEN THEY READ THAT WEE CRAIGY WHYTE HAD STILL A GRIP OF THEIR BELOVED CLOOB TEE HEE YE BUNZ OF DU BUNNERY

Even if I’m wrong I want credit for this….

I’m with the GreenMaestro, 7 is the odd one out because it’s the only prime number.

the u17s played Barca today, we lost 1-0, seems we gave a good account and were a bit unlucky

I double checked it was you. Yesterday’s missing diary led to an erroneous comment to your goodself when I should have been addressing Desi. It led to a slight contretemps but I am sure he is back to loving me again. Perhaps we were both suffering from painful memories yesterday.

I find it truly incredible that all the forecasts of a second “Downfall” appear to be justified so soon. I thought only my dicky ticker made me breathless!

No surprises there the as is the case too with the post let’s think about season. I am only surprised there is a home game at all. I love the idea of a highland league, playing with animals on the hills. What, have been for years? Oh aye, so we have.

Anyway, I hope to still have a cupa to look forward to after Sunday. I will be in the Emerald Isle at the time of the final but hope to find a pub that might show it. Anybody think there will be one over there?

Well done to all the youngsters this week. Under 20s doing great with full points so far in the heat. 17s did well to given the travel and the Russian temperatures at such a young age. All very promising for the teams they will probably end up playing for. Thank God they will be saved from Sevco.

MATHS!!!!!!!!! I aint even gonna try. If Morto keeps going he could get to my age before tomorrow’s diary.

Angry with you,….never…unless you start keeping the Werthers Originals to yourself!

“No surprises there the as is the case too with the post let’s think about season.”

Question for tomorrow – what’s the language?

the amount of pies sallys ate since saturday ?