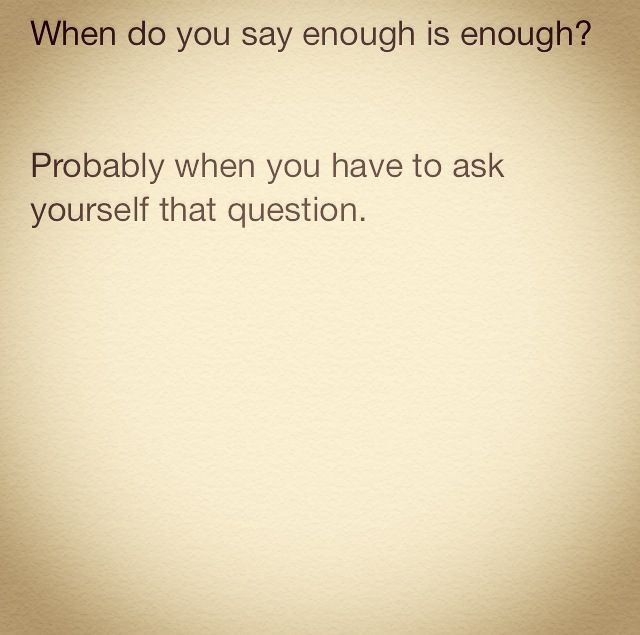 Celtic travelled to Ibrox yesterday to face “rangers “, their hostile support and the Lanarkshire Referees Association, who seemed to be staying in a van somewhere near Aberdeen, presumably to aid a quick getaway.

VAR in the back of a van today in Aberdeen pic.twitter.com/7SlK7RMxUd

They would have needed it, as well.

Celtic escaped with a 2-2 draw, the late equaliser from Kyogo was no surprise, Celtic hadn’t played well, some of the players looked like they had either just got over the winter bug sweeping through the club, or they had lied about not having it.

Although the game started well for the hoops when on loan for five minutes Alfredo Morelos sent Daizen Maeda through to score after just a few minutes, a barrowload looked on the cards.

The Ibrox side looked uncomfortable, devoid of ideas and lacking in confidence….and it stayed like that until half time,

When the game restarted, it was Celtic who looked hesitant and unsure, and when Joe Hart dithered with the ball and belted it off a “rangers ” forward, Celtic didn’t recover.

Their collective energy, confidence and ability seemed to evaporate.

Or perhaps it was just a bad day at the office.

Ryan Kent equalised and then the inevitable penalty, awarded on one of the few occasions they had an opportunity to award one.

Fashion Sakala, enjoying a free run at Celtic against ans under par Juranovic….Ange had said pre match he wasn’t one hundred per cent, then stood on Carl Starfelt’s leg, and fell over.

If you watch his fist clenched celebration at being awarded a penalty, whilst on the ground, it’s hard to believe he wasn’t playing for the award…..

That put the home side ahead, and it took a great save from Conor Goldson to keep them there. No penalty, no surprise.

The media narrative has shifted the blame to the VAR official, willie Collum, as indeed, it appears has John Beaton.

The debate will now be about who has the final say in these decisions, the referee or VAR.

Not about the fact that yet again, one team is benefiting at the expense of another.

It’s time for shareholders to bypass our club, who clearly have no interest in righting this perennial wrong, and to write to UEFA and demand an investigation into the ongoing corruption at the SFA.

It works, as we have seen with the decision by UEFA  to watch what goes on between “rangers ” and the SFA off the pitch….now we need to force them to look at what happens on the pitch.

Celtic are too far away in the league for “rangers ” to catch, but several decisions this season have allowed them to open up a gap from third place, which should ensure them a crack at the champions League qualifiers,

There’s a few quid in that for them, and a guaranteed Europa group stage as well.

And they need money, more so than they are letting on.

They will see out the season with less on the field than they have now, so it’s important they get all the help they can to stay in second place.

Credit has to go to Celtic players for not panicking yesterday, they kept their discipline and kept playing the way they can to get another late goal.

The point keeps the gap at nine and put simply, Celtic won;t play that badly again, they can;t really play any better than they did. And still, they weren’t able to win.

When the dust settles, they will realise that, and even second may be a struggle, although they should be safe.

Once more, however , it seems our board have phoned the Ibrox board and asked what we can do to help in their hour of need.

It’s our club, and we have no intention of helping out our neighbours, and the board might just realise that of we can put something together and send it to UEFA.

To let them off once is a mistake. To do it twice is just plain stupid.

Who holds enough sway in our support for uefa to actually listen ? Peter lawwel perhaps, but he won’t rock the mutually beneficial boat

Sorry Ralph, joe hart,s balls up was midway 1st half which is of note as it created hope for the old firm fc ..they looked dazed after the good start the hoops made and led to real anxiety up to h.t..and early 2nd half …

Totally agree, that moment gave them hope and turned the momentum their way. I get playing the ball out but sometimes, just sometimes, boot it tae f#@k Joe!

Everything will be saved to a server, every conversation and playback. The money spent on it as a digital platform is irrelevant unless its used properly by professionals, not PE and RE teachers.

But the guys in the middle are clueless and do not understand football rules, they also have a built in bias. It was enjoyable to watch as the legions of zombies were going hysterical, but Kyogo popped up to shut all the knuckledraggers down in the media and the stadium.
Ange will look at the happenings and move for a stronger team, the board only believes in a entity called ‘the old firm’ as the media.

A tale of two halves, the first 30 minutes and the last 15, maybe. Juranovic looked lost at left back. I was angry with Starfeldt going to ground but another angle suggests he might not have made contact, an angle available to VAR. Gouldson’s seemed a stonewalled now other voices suggest not. Anyway job was fine, we will not post 5 times this season, maybe not at all.

I was also going to point out that Hart’s fannying about was 1st half, not second. That, combined with Taylor’s injury* & Jura’s heid still being somewhere in Qatar, changed the momentum & gave them the lift, which got them into the game. Although it seems to have escaped the media’s notice that if either of Morelos’s headed 1H chances had gone in, in any other league they wouldn’t count: He was miles offside (not flagged) prior to the 1st corner, then made a clear push on Jura.

Maybe we should sign Morellos, his linking with Maeda was impressive

The quality of comment I expect on etims. Bravo. Let’s not pay for him by the kilo though.

Although not the result we hoped for (expected?) it still strengthens our position in the league with the same points difference and 1 game less for them to take points of us.

I thought we started poorly but after Maeda’s goal we took charge for the next 20 mins or so and cut them open at will.

That changed after the Hart in mouth dallying from Joe that saw him having to make a good save to thwart Scotland’s top player 😉 Kent (is he a Kent of a man or a Kentish man?).

Although he had an otherwise excellent game, CCV was also culpable as he simply stood behind Morelos and didn’t move wide to give another option for Hart, who was waiting for this before playing the ball.

They, especially the crowd, took great heart (& hand) from this, although from then until HT was truly dreadful with missed passes the order of the day from both sides but the scrappy nature suited them with us being reduced to their level.

The late equaliser was great, as it derailed the inevitable media Bealemania with them losing ground on us with 1 less game to play.

What was notable was that they were still on the front foot after this with us having to hold on, although comfortably. Normally that would knock the stuffing out of them with us pouring on in search of victory.

So, all in all, a poor performance but an acceptable outcome, which is the sign of a good side. We won’t play as poorly very often again, so things look good for future.

That’s now a defeat, victory and a draw in the Angera, so we need to acknowledge that the days of easy wins there are over for the time being, so we need to be (preferably) good and/or lucky to get a result. Of course, at home, its a different story with 2 out of 3 humiliations handed out.

I suspect that they’ll now fancy their chances in the Cups, without acknowledging the league has gone.

To do that we’ll need to play badly but we have done that in last year’s Semi-Final, so we need to put in a good performance in the (probable) League Cup Final to seal the 1st leg of the Treble.

We were out of sorts yesterday for long periods of the game. After such a fast goal and early domination I did expect us to kick on and win. I was surprised at how badly we played after half time and after we got the equalizer ( no other attempt on goal after that ). The equalizer did shut up the stadium, media and former players. That was good as it snatched away the feel good story. For us I think it really was two points dropped and an opportunity to emphasize the gulf in class and futility of them thinking they can compete with us over a season. Next one is at Celtic Park where I think we can do much better.

You have to detach yourself sometimes and admit that was a shockingly bad game of football. These players earn a working man’s annual wage in 90, ok 97 mins. The amount of misplaced passes on both sides was desperate. As for VAR where are we when a ref says it’s not on me? All for the ability to go to the pitch side screen for another look but if handing the decision to another the game is over. Handball rule is a joke and you’re probably better off shooting at a player than the net. Unless it’s us and it won’t be given. We are looking good but have 12 men plus one in front of a TV screen in every game. Just wish another team could get their act together. They have 3rd place all over them.

If you think the use and non-use of VAR has been bad up to now, wait until
we’re “going for 56” then you’ll see the depths these officials will go to in order
to help them cling onto their “most successful team in the world” lie.
I keep my relatives in England updated with the incredible decisions made by officials against Celtic and for the *rangers. To say they are gobsmacked is an understatement, and they all say it would never be permitted or accepted down south and the media there would be running exposes on it. I had to tell them that the SMSM is just the propaganda wing of Ibrox.

With regards to the VAR discrepancies…

As of the 1st of January 2023, Peter Lawwwell is the new Chairman of Celtic FC.

Now, now let us move on.

How in the hell can Willie Collum be employed to teach people, when he himself cannot be taught?

0
The Cha
Reply to  Frankie