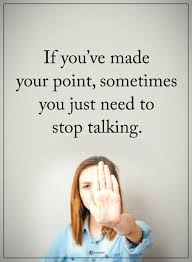 I’m still not sure how the referee deemed this as a penalty to the attacking side….

I might have got the videos mixed up, but you get the point.

The level of enthusiasm from the manager, Fran Alonso, was also pleasing to see…..look at his reaction …..

In ladies football, there is a third Glasgow club, presumably to attract neutrals, and they are probably the most successful side in the game, which may be an indicator for anyone with a few quid who wants to set something similar afloat in the men’s game.

Though the tangerine strip is a mystery…..

The BBC will have the hatches battened down today in anticipation of a few rude emails and tweets when they asked people to vote for the best team ever , from a list of history’s great sides….

Who are the best club side ever?

There is no mention of Rangers, or even their successors, and given their sense of superiority , it can only be a matter of time before they march on BBC headquarters, and this time they might even do it when the place is open.

However, despite their penchant for re-writing history and ignoring the facts, they do have friends in public places to help them spread their fantasies…

In FourFourTwo magazine, he remembers how his side were cheated out of a European cup by Marseille, who he seems to think beat them in the semi final before they went on to beat Milan in the final.

He didn’t elaborate on how Marseille were supposed to have cheated, although in fact they were found guilty of match fixing in a French league game, and it didn’t affect their European win, McCoist perpetuates the myth that first of all they got to a semi final, and secondly that they were good enough to win it.

They did end up buying the guy who scored that winning goal, Basile Boli, and perhaps their can be a case made to suggest they were on the verge of European greatness, but in the following years tournament they were beaten by Levski Spartak in the qualifiers, which hardly backs up McCoists claim they could have won it against Milan.

Another who has been speaking out lately is his former foe Neil Lennon who reckons that he knows what ange Postecoglou needs to make his team progress.

Lennon says Celtic need a big striker to play through the middle, presumably one like Giakoumakis, and a creative number ten to replace Tom Rogic, perhaps along the lines of Matt o’Riley or Reo Hatate.

When Ronny Deila was in charge, Lennon and his mates in the media undermined him with remarks that were better left unsaid.

He’s at it again, and is in real danger of ostracising himself from the Celtic support.

Put simply, he needs to realise he has had not one, but two chances, and he’s done okay in one sense, but in a very real sense he’s blown it now, and it’s time for him to make a dignified retreat and stop interfering from afar.

He’s making an arse of himself, to put it bluntly, and that’s how he will be remembered if he’s not careful.

Elsewhere, and the Daily Record have come up with a new way of trying to get Celtic fans on board, with their new Celtic survey…

there’s a place to put your email address which will no doubt be passed on to their, er partners , so you can receive information about products you might be interested in….

Anyway, the paper has a remarkable sense of timing, because here at Etims we’re doing our own survey.

And we neither want your email address or your phone number.

And to simplify it, there’s only one question….

Which newspaper cannot by any stretch of the imagination be considered to be a newpaper ?

Choose from the following…

I’m sure the results won’t lie.

It’s international football week again, with the first play off for Scotland on Wednesday, where they will face Ukraine.

The game has been held over due the the situation in Ukraine, and they will have sympathetic support from around the world.

For Scotland it’s a no win situation, but then again, they should be used to that.

On Saturday, we had this…. 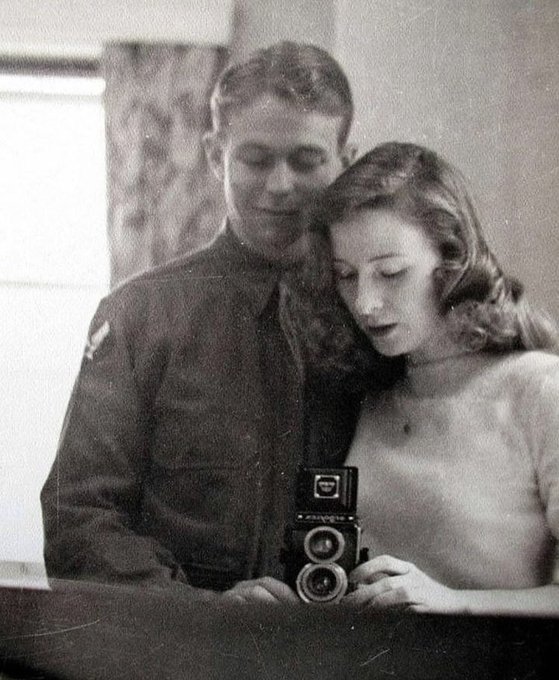 Remind me my love.. who is the Patron Saint of black and white photos?
..St Francis of CCTV 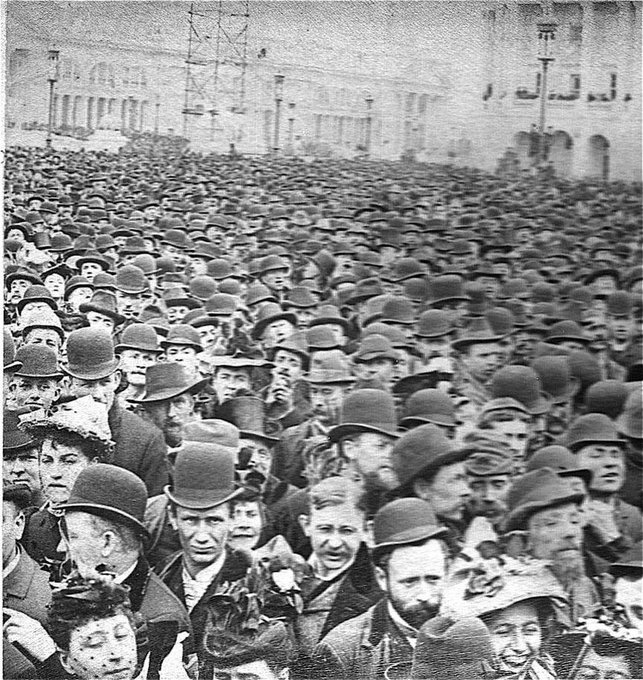 My hat, my bloody hat I left it at home again!!

CAPTION: “I should be ok, well the weather forecast said it woodny rain the day……!

Due to the success of ETims caption competition Orange Monthly has decided to go with a Find the Pape competition instead.

Caption; the guy right at the front…
ferk..picked up my wife’s hat instead of mine..I hope no one notices..

Can you see a handsome hun…?

Regarding Lennons comments, as you rightly say we already have Jacko and O’Riley. However, I think most fans would agree we need more physicality in the team, a good quick, strong defensive midfielder as a minimum. In many games (particularly in the second half) we have looked wide open and we need to strengthen from a position of strength for once.

If you think about Bodo Glimt’s first goal at Celtic park, you could have got a circus through the middle of the park that night. A ball played inside 30 yards from goal, to an arriving Bodo player (don’t think there was a hooped shirt within 10 yards of him and were a goal down and on the way out of Europe.

We must strengthen that area.

caption: Awe right wack, Is it the same guys missus printin the tickets as made the hoods. daedoododontdaydo

The beginning of the end of Free Palestine

Caption: Quick! Don’t let him get away! It’s the dude in the hat!

” who’s that up there next to jinky “

The issue with a lot of ex Celtic staff quoted in the scum media is the frequently highlight a comment that is presumed to be negative. Lenny falls for it time after time, as others do. Ask the right question, get the right answer.

0
The Cha
Reply to  Cartvale88

Sounds like that’s a reason he should keep his mouth shut.

Caption “We are the Celtic Women’s team. Any more of that Ladies pish and you’ll get these brollies up your Gentlemanly arses”

Caption- huns in Seville wait for local toilets to open for some tasty half time jobby water, peanuts included with free shots of pish.

Caption: Picture of Orangemen in Glasgow shipyards during the war emerges

Link to the best club side ever poll. Get voting bhoys n ghirls!

Strange how it’s not featured on the BBC Scottish football page eh…?

Just voted, although most of these things are pointless, I just couldn’t help but do so. Showing Barca on 31% then Celtic and Manure on 18% joint-second.
Have a go lhads it’s a chance to vote for the greatest ever Celtic team and its greatest ever manager, to date! Even if you’ve never seen them live.
Cheers Binka, good Bhoy!

Strange how the BBC poll for greatest club side ever features a Scottish side yet doesn’t appear on the BBC Scottish football page eh?

No, he was the Patron Saint of emails…St.Francis of A cc.
I claim my prize

Caption: Betty at the front has to take to a break from eating apples through tennis rackets as she seems to have discovered Willie’s missing helmet.

Caption1
1939 and Rangers support heads for the shipyards as war is declared.
or
Caption2
2022 and new Orange taps go on sale at Ibrox megastore.

Glasgow City introduced the orange kit in Jun 2011 and I’ll post a link separately to the source which I’ve copied from below in the hope this does not get trapped in moderation.

My lass who coached kids with Celtic for a season played for Glasgow City in 2004 and 2005 when they won The Scottish Cup in 2004 v Queens Park Ladies FC (scoring twice) and league title after beating previous title winners Kilmarnock in Final game in 2005, to see off a challenge from Hibernian. I cannot recall the colour of strip in those seasons for sure, I think it was orange and I have pictures of her in action in the Killie Game on separate hard drive I cannot access now but will to check later.

Glasgow City on their web site say this about their aims:

” We believe in our just cause and we vigorously support and defend what is important. What is important for us is equality for women, the opportunity and freedom for girls to do whatever they want to do in life and to have the belief that they can be successful at it. They will always be the most important team at our club.

Being a Champion is not always about winning, but is about succeeding. ”

I can say that for my lass Glasgow City helped her meet meet her ambitions in both football winning and career succeeding terms and she is not alone.

My general point is the ladies game back then was free of the toxicity that haunts the men’s game and I hope the introduction of Celtic and Rangers in recent years does not change that.

——————————Glasgow City today unveiled their new strip and brand new logo which will be worn for the first time in the Champions League in August.

At UEFA Headquarters in Nyon, City were drawn against Serbian Champions ZFK Spartak Jaffa, Mosta FC of Malta and KL Klaksvik of the Faroe Islands and go into the qualification group stages as top seeds for the first time in their history. Greaves Sports hosted the event as they proudly sponsor Scotland’s best women’s football team for the fourth consecutive year.

“We are delighted with our new kit. It is the first time we have opted for such a bright orange, but we felt it was an exciting new look and combined well with what we feel is almost the rebirth of the club with our brand new logo. A huge thank you to all of our sponsors for their continued and overwhelming support.”

Commenting on the continued partnership with City, Greaves Director of Communications, Stephen McCranor, said: “We’re delighted to continue our support of women’s football by backing Scotland’s top team. We’ve been working closely with adidas to make sure the girls got the best of kit and they were happy with the design as when you’re representing the country on the European stage as they do it’s important to look your best.”

Also at the launch were Sevenfive Creative who worked with Glasgow City to create the new club identity, reflected in their brand new club logo and badge. Director Craig Bickett said “The existing design needed to be updated to reflect Glasgow City’s position as Scotland’s premier women’s football club. We felt it was important the new identity should be bold and confident but also include a touch of Glasgow in there as well.

“The detail in design takes inspiration from Glasgow icon Charles Rennie Mackintosh to help give the design a uniquely Glaswegian look. We’re delighted with the final design and hope it will proudly sit on the Glasgow City’s strip for years to come.”

Caption: “Go on, give us another bowler that thin soup we got in Seville… oi was quite partial too it!”

caption. non catholics rush to join the shipyards as the war goes on

Caption: Guy Fawkes gets stalked by the wicked witch of the east.

It was the guy in the hat that did it officer.