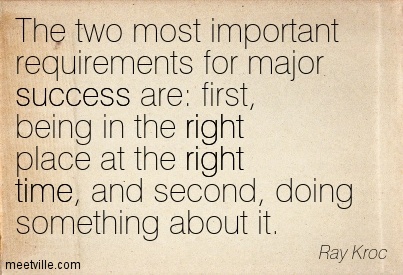 The word on the street is that Cameron Carter Vickers will join Celtic on a permanent deal this summer.

According to SBI Soccer ( I don’t know either ) , advanced talks are ongoing and the price will be £6m , rising to £10m if there are any add ons.

So stop singing about the demise of protestants and the club saves money.

Carter Vickers has been watched by a few English sides, such as Burnley, Watford and Barnstoneworth, but the lure of the Champions League should prove too much to resist.

And as an American abroad, the natural tendency to take up residence near oilfields will also come into play.

Personally, I’m very fond of Americans and the USA, and have plans to move there later in life. I’m going to get a fork lift licence and set up a pall bearing business.

Meanwhile, Ange Postecoglou did his weekly press conference yesterday, and played down a few fears that have surfaced among the support.

“If it’s all been about pressure, when you have lost three games out of your first six, and you know that for the next 32 games that you probably can’t lose another one, or maybe one more, there’s a hell of a lot of pressure there, you know.

Er, we did lose one. Last week.

My concern is that the players might be tired, may be afraid of making mistakes, and have spotted that three in midfield doesn;t always work.

“But we haven’t thought that way so we’re not going to change our thinking now. Back then, what was important to us, was that in each game we try to play our football and approach every game in the same manner and keep building on that.

“And that’s what we’ll do for the next five games. I know people maybe now just look at it and think ‘they are in a good position here – they might be able to win it’.

“But we’ve been working under stress and pressure the whole way through. And I think when you do that, it almost becomes normal to you that this is just another week where you have to win a game of football.”

He was going to say that any defeats will be taken on the chin, wasn’t he ?

It might be just me, but I’m a little worried that he’s a little too laid back, almost to the point of being horizontal, and although he’s perfectly right when he says…

Er, the next two would pretty much do it. Three in a row assures it.

That’s a very strange statement, and adds to a growing disquiet , not just from me, that the manager isn’t quite as animated, or even motivated, as he has been .

In fact, that’s a feeling I’ve had for a couple of weeks.

Or perhaps, and there’s quite a bit of support for this theory, I’m just full of shit.

Speaking of those who may contain excrement, Ally McCoist has spoken….

“These two clubs, get your heads together and get rid of the nonsense.

“Away fans must be allowed to travel to each other’s grounds in numbers.

“The atmosphere on Sunday was magic.”

He wants the Glasgow clubs to get their heads together and get rid of the nonsense, and surprisingly he’s not referring to the same club nonsense, or the 55 titles nonsense.

He wants away fans in grounds, and has conveniently forgotten who started this “nonsense “, why they started it, and doesn;t even want to consider what sort of nonsense we’d have seen had last weeks game gone to penalties and his favourites eliminated.

McCoist , for some reason, is held in sway by the media and the Ibrox support, despite him being a major figure in the new club fleecing fans by telling them it wasn’t a new club after all.

All for just expenses, of course….

Oh, and a huge salary and a million shares.

McCoist more or less saved Green’s entity which threatened to crash and burn very early in it’s existence as he got the customer base on board, and the rest, as they say, is history.

The Ibrox club/company play today, and failure to beat Motherwell will set up a title winning opportunity next week at Celtic Park, should the hoops beat Ross County,

With the SPFL continuing their appeasement policy by allowing the shifting of their game , one is beginning to feel that history is repeating itself , and when they appease that lot, it’s usually to avoid discussing the more important issues, such as fiscal responsibility, religious hatred and racism, all of which are bubbling under the surface in the cauldron of hate.

The cancer that almost ate our game, and indeed,  our society, is back , and it’s a little more agressive this time,

The problem is, no one seems to want to tell the patient.

In the future, don’t trust Dermot and Peter, they’ll fuck up ten in a row, and you’ll be the fall guy 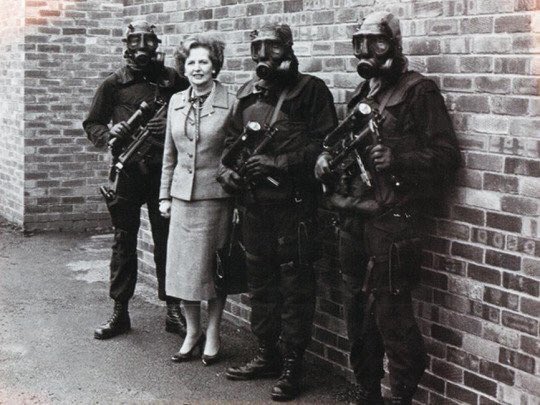 For the caption competition…

“Awww man, she is stinking.”

Caption – And keep it discreet abroad, the RB ref is not on board as are the SFA!

Captiin: Heartless cow refuses to shed a tear even during tear gas drill.

Hope it’s hot where you are Maggie. Biatch.

Caption: On All Hallows’ Eve one rank badjun is let out of hell for a brief visit.

Are those heckler and Koch’s or are you just pleased to see me?

Caption; “ and as your Prime Minister it gives me great pleasure to welcome the union bears to a weekend at Chequers “

My old German neighbour said I had to look after my SS. I said it’s the SAS. He said you know what I mean!

Una goes to etims tower to collect that coveted award

Hopefully we are in Champions League, or eventually the Europa. Sorry, but CCV’s own game, notwithstanding those around him, isn’t good enough for there.
He may be coached better and hugely helped out by quality new recruits but more likely Ange, who is loathe to change his back five, will stick with him and Starfelt.
Yes they have improved and CBN would prove that but we cannot wait until a run of defeats, plucky or otherwise to upgrade. With Julian’s prolonged injury preventing a return and Welsh at least needing a loan we need to be looking as soon as we can.
Possibly on a short list for POTY and deservedly so but we need better.

Don’t worry Maggie In the future ,they will trust two bints called Merkel and von der Leyen who will run up huge debts with the Central Bank whilst guys dressed like us will defend the EU’s Border at a cost of €34bn which of course will go directly to the Private Companies who own and control them.

The witch shops for handbags in Brighton ..

Caption: The ‘three wise men’ show their wisdom in dressing for the occasion of being in close contact with a rancid, poisonous old bag!

I think Ange’s response is spot on. The media are trying to whip up a frenzy after last weekend. We were poor, as was the game last week. Not much quality in the whole 120 mins. Ange is trying to calm people down for what might be a tough few games. Regardless of what happens in the remaining few games, the transition has been handled brilliantly and I am very optimistic about the future.

The witch supervises three of the school milk snatchers on a mission outside local primary school.

0
The Cha
Reply to  portpower

We’re the fookers not the fooked.

0
portpower
Reply to  The Cha

Cha, it is going to be a game today of hitting the woodwork. If luck be, it hits the keeper in the back of the heid and goes in.

CELTIC, let’s take another step to our Genuine 52nd League Title today.
COME ON YOU BHOYS IN GREEN!

Try clicking slightly left of the vote counter but it’s an inexact science and you may find yourself being chastised in red ink as having ‘already voted’ or even voting for another comment altogether. Really the voting system is a joke and best ignored unless it’s used to ‘thumb doon’ the Green Machine!

It could so easily be finished already. Kyogo’s goal from Jota was absolutely perfect, the cross and the finish. Some great stuff from The Bhoys. A 2nd half like the 1st should see the all-important 3 pts.
HH

HST, I thought we were really good in the 1st half and shoulda been outa sight. But they made the 2nd half difficult and, end of day, it’s a big 3 pts towards The Title.
Clancy let a lot of bad tackles go for them and anything we did was punished so all in all, I’m happy we’re that step closer. Callachan’s a FKN animal and will, no doubt, turn up at Ibrox next season, and he’s FN ugly enough!
HH

Spot on Vinnie. I thought we were excellent, some terrific stuff in the first half and 4 or 5 wouldn’t have flattened us. Second half they pushed on a bit, but Starfelt and CV were solid with no real scarey moments. Key hurdle navigated with ease. Roll on party time next week.

I don’t remember Joe Hart having a save in the match…somebody must have been doing their job!!. Ross County Kickers took 3 off *rangers and have been on a good run at home if memory serves and they’re not known for their silky style of play i.e they kick everything that moves. 3 points, clean sheet what’s not to like?

Drew67, just leave a positive comment. It helps the blog to actually BE a blog if there’s comment. Voting without comment lacks character and is generally inane.

Caption…
The SFA announce their new Compliance Officer and VAR team.
The rationale for their choice was given as ‘ well seein as oor establishment Klub is deceased but still thriving we thought it only right to maintain the fiction of life after death.
As for the VAR Squad, err team, we’ve had so many calls for transparency over its constitution that we thought that would put them under undue pressure and a certain level of jeopardy.
So courtesy of Mr Park and his links with the Armed Forces we’ve been able to procure suitable disguises for the Team.

Oh dearie, dearie me. A Thumbdooner on a Caption entry and not a sweary word in sight.
What a sad existence if the highlight of your day is waggling yir thumb.
Get a life.

Caption. Yeah that’s her second from the left. She’s the one who took my milk

Big 3 points yesterday probably the game the huns were hoping we woukd drop points.
But we played well, think the players got a wee bit nervy and excitable.
But we saw it out well.
Here’s to a hunskelping Sunday.
HH

@davidstoker_lfc Could open it for a Celtic Car park, save us all fighting to get into @toppstiles