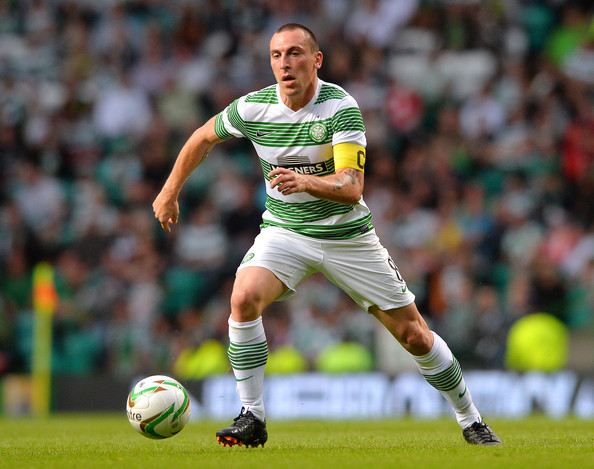 One of the great songs aimed at the Aberdeen supporters back in the early 80’s when we visited Pittodrie. It was a time of top of the table clashes when they had a tremendous team containing Miller, McLeish and Strachan and Celtic had such greats as McGrain, McStay and Burns. What a time it was with matches between the two clubs being special occasions.

Fast forward 30 years and once more both teams will go hammer and tongs in a top of the table midweek clash at a sold out Pittodrie but there the similarity ends.

Both teams were filled with exceptional talents with the key difference at the time Aberdeen’s solid backline having a considerable edge over Celtic’s defence that always seemed to miss a solid centre back and full back to partner Danny and The Bear. Nowadays Celtic’s defence is far worse than back then while the Dons are a pale shadow of their former great side.

It is what it is and while both teams are inferior there’s no excuse for the travelling Celtic support not to bring back one of the great humorous tunes!

And so to the game and if I’m being brutally honest I don’t quite know what to expect. The Dons deservedly beat us 2-1 there earlier in the season (with ten men) while we gave them a convincing doing at Celtic Park in the return fixture. Since then both teams have shown a consistency in their inconsistency! Celtic can destroy SPFL teams one week with quick, incisive attacking football before looking as if the players haven’t met before the following week as they ponder aimlessly through a turgid ninety minutes. Aberdeen look cohesive with good pace going forward and then similarly can be downright awful a week or so later, which makes tonight’s game all the more difficult to predict.

Celtic’s Achilles heel is our unerring ability to shoot ourselves in the foot (or heal!) defensively. Time after time we lose goals from an inability to do the basics at set pieces or a rush of blood to the head witnesses a mistake from primarily Efe or Boyata. There’s also the kamikaze tactics of leaving our two centre backs exposed as the full backs fight with our wingers for the most advanced attacking position and our two ‘protecting’ midfielders don’t, erm offer any protection to the defence.

Going forward we can be good to watch when the tempos high and we move the ball quickly. When we don’t or opponents decide to stop us we can be slow, ponderous and quite frankly rubbish.

I’m expecting to see a battle tonight as you’d expect from a top of the table clash as the title challenge nears the final straight. Aberdeen know a Celtic win puts us 9 points clear and in essence brings an end to their title aspirations. An Aberdeen victory, after Celtic’s loss to Ross County on Sunday, puts an enormous amount of pressure onto Celtic as the gap closes to 3 points and gives them an enormous confidence lift.

With Simunovic out injured for 4-6 weeks Erik Sviatchenko will make his starting debut. He looked reasonably solid on Sunday during the 80 minutes he played but unlike Sunday this will be a 100mph battle at a packed away ground and my concern is his match fitness might be lacking. Bigger concern though is who partners him! If Janko was fit I’d have no hesitation in moving Lustig into central defence where he’s been solid when called upon before. Alas Janko isn’t available so it looks like either Boyata or Ambrose. Both aren’t the worst but the genuine concern is there’s always a mistake waiting to happen with both, sometimes more than one, as concentration levels disappear at the drop of a hat. For us to succeed one of those two will have to be on their game for 90 minutes.

If Broony is good to start then he moves in beside Bitton and I would play Johansen in his best position supporting the striker. We need grafters and energy in there meaning I would give him the nod ahead of McGregor and Commons (still injured). Griffiths (praise be to God!) is a certain start and then the question centres around who plays in the wide roles. GMS has done well in recent games so I’d retain him on one side with Forrest’s pace on the other. Armstrong for me should be playing in the position he excelled at with Dundee United in central attacking mid but as Ronny appears blind to that for some strange reason I’ll have to assume he plays wide or not at all.

Kazim Richards may be the wildcard…in more ways than one! He’s been brought in to play as a supporting forward, predominantly in the wide areas. His experience and fight may see him getting a surprise start. Another issue I suppose with Ronny’s teams is you struggle to find who plays in some positions one week to the next….

So for a prediction. I knew you’d ask that you complete and utter basturts!

Does Efe’s suspension not carry over to tonight?

Monti so glad you have accepted my offer of help, unfortunately due to the recent result at Hampden we are fully booked. Not to worry I have a few helpful tips for tonight.
First of all I am pretty sure big Efe or Effin, Awfy Ambrose as some with your condition like to call him will be unable to play, so a nice easy start to the therapy. Let us begin.

First of all try to keep well away from The two Ronnies on T.V, Don’t listen to The Ronettes.Don’t watch any snooker, and most definitely do not go for a McDonalds.

So, what is the first rule of anger management? It’s the 24 hour rule and it’s very simple. Once you start to recognize that your frustration or anger level is increasing and you’re feeling more and more out of control, it is critical at that moment that you take a timeout, you literally have to STOP doing whatever is making you feel this way and for 24 hours make no decision or express any behaviour relating to the issue causing your negative emotions to increase.( that’s comments on Etims out)

There will be a few obstacles prior to and during the game tonight that might set you off so do be careful.And always remember the 24 hour rule.
Possible red flags to look out for Hugh keevens and ssb, Derek Mcinnes, and Charlie Saiz, avoid all communication before the game whether it be t.v , Radio or bampot web sites.

So now you are set. If Celtic score early and look like they are in control we are in for an easy night.
However if The sheep shaggers score first may I suggest leaving the room and following the
First 24 hour rule. This will be difficult to do as the hoops may come back and put five past The bleaters.

So at this point maybe you could consider the wife duct taping you to the chair and hope for the
Best. This would also give the wife a nice wee break.

I am sure you will not have to resort to any of these measures as we should beat the sheep, but if not remember the 24 hour rule. 😉

I shouldn’t really mention this in my capacity as anger management therapist but we have a technique back in Iceland that you could use as a last resort.
If all else fails find that annoying we person Byork and kick the shit out of her.
It works for us. Hail Hail

And if Efe is playing get the duct tape out ASAP

Leave Bjork out of it, she’s a wee ‘Scandinavian Pixie’. Who, I may add, can fight like fcuk. HH

couldn’t think of anyone else from Iceland. HH

We have a right back we could play,he is at st johnstone! Why don’t we bring him back,allowing lustig to play with his new bestie erik the red!

Darnell is not getting a game for them he has only played 8 times for them this season.Don’t know if that’s good or bad

When was the last time you felt a little apprehensive nervousness, butterflies in the belly, before a game in the SPFL. I welcome the competition. HH

Hayes has just shown us how to do it, have aidg instead of constantly trying to walk the ball into the net with the tippy tappy pish!!

That should read “a dig”

What aloud of pish, one forward no hope, never mind we will win the league and the Scottish cup, we are still shit.

Fisher should have been brought back and give lustig a rest or allow him to play CB (lustig). How many mistakes do we make? Maybe we should buy Hayes? Sviatch looks really good and Krichards looks the part.