Lennon CSC, North Staffs held it’s monthly meeting last night. Without blowing our own trumpet, we’re a fairly dedicated bunch of chaps, who don’t even have a pub to call our own. You know, to watch games in and so on.

Thats because we go to the games , largely due to one of us having a seven seater and the rest of us happy to make a mess in it every couple of weeks.

It keeps the costs down, if you don’t count the valeting.

As ever, the meeting concerns planning the trips for the month ahead, and apart from the Cup semi final, there won’t be any.

In fact, as early as March 7, we could be facing just four more trips, depending on how the split turns out, in potentially a  treble winning season.

Can’t wait to try and persuade people to buy a season book this year.

One of the major issues facing football-not just Celtic, but I don’t give a toss about anyone else-is trying to bridge the generation gap. All of us thirty and forty somethings will go to the game anyway, it’s what we do.

The teens and twenty somethings will keep going until they can’t afford it anymore, as the responsibilities of adulthood hit them, and they’ll be replaced by others. Probably.

But the club needs to realise that kids aren’t a;ways going to choose Celtic over the x-box. Or whatever else it is they do these days.

More importantly, the core of the support down south isn’t going to keep buying season books if the nineteen games turns into twelve or thirteen.

It’s simply not worth it.

Some of us will continue to buy a book, out of habit . But if for any reason that habit is broken, then its a difficult one to get back into.

For all the talk of the death of Rangers costing Celtic money, perhaps the club should look at the real problem, which has nothing to do with them.

After all, we go to see Celtic. The other team is irrelevant.

Right, got that off my chest.

On with the show. 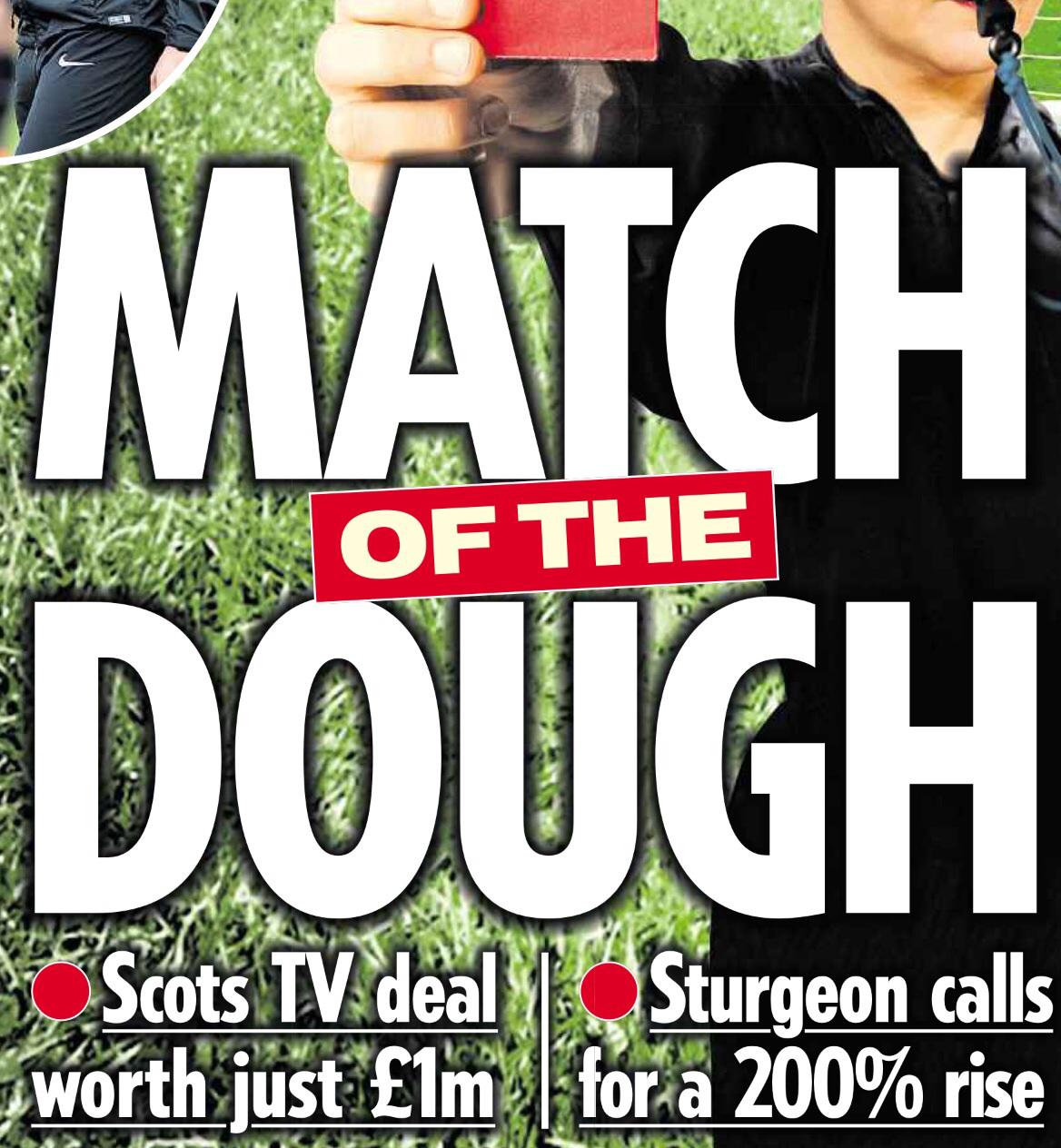 Well, who’d have thought it ?

I know, lets all ring up and cancel.

It’s good to see someone else taking up the baton. The way Scootish football is treated by Sky is ridiculous, and the people responsible for this situation should be dismissed, without compensation, and forced to walk past at least one pub populated by supporters of every team about thirty minutes before kick off.

I may have been wrong.

Consider this, from the official website, which actually outlines everything thats wrong with the way Scottish football is marketed and sold…

CELTIC can take another huge step towards securing their fourth league title in a row with a win against Partick Thistle in Paradise tomorrow night (Wednesday).

The Hoops extended their lead over Aberdeen at the weekend thanks to a 2-0 win at St Mirren on Friday night whilst the Dons could only draw with Thistle on Saturday, leaving the Bhoys seven points clear at the summit with a game in hand.

Friday night isn’t for football. No matter how its packaged, or how enticing the game is.

Friday night is for doing things that you can talk about when you go to the football on a Saturday.

Wednesday matches are inevitable, thats fair enough. Postponements, Cup replays and so on. You can handle that, but as much as the wee break in Lanzarote may have helped the players, the resulting reschedule is another game we’ve paid for but can’t make….

We need to strike a happy medium. No, he was supposed to hit her when she was smiling. Bloody Google.

With just two home matches remaining before the league split your support is crucial as we chase a historic domestic treble.

The match is NOT on TV so the only place to back Ronny and the Bhoys is in Paradise and with the kids off school for their Easter break there’s never been a better time to bring them along to Celtic Park in the sunshine.

Just a shame that we’re not off work for Easter. Still, I suppose we could lend them the car.

The Ticket Office is open today until 5pm and will be open from 9.30am until kick-off tomorrow. Tickets are available from £26 adults, from £17 concessions and from £10 Under 13.

Hang on, supposing i did live in Glasgow. Three kids and me….

£88 quid plus bus fare, food and no doubt a taxi home when the bus doesn’t turn up.

Yer man from Bayern Munich summed it up, when talking about the cost of season books, or as they call them in Germany, Der Season books.

Thats the only way to fill the ground. And at least offer some kind of hope for the future.

The usual nonsense has appeared in the papers over the last couple of days, but this one raised an eyebrow more than perhaps it should have. It’s from the Scottish sun ( neither Scottish or Bright )

“I feel sorry for him. I’m really surprised he has not played more often for Celtic. Every player needs games, but I don’t think the Celtic coach has been fair with him.

“Every time he’s been given an opportunity he has scored, provided assists and worked his socks off. Celtic’s fans cannot understand why Stefan is not playing more games.”

Right, so this treble chasing manager doesn’t know how to , er, manage, and in fact he should listen to football expert, oh, i’ve forgotten his name, on how to pick a team…

I’m away for a lie down.

Only another animal could tell it wasn’t real fur ? What are they doing in the room ?

Heres one for us… 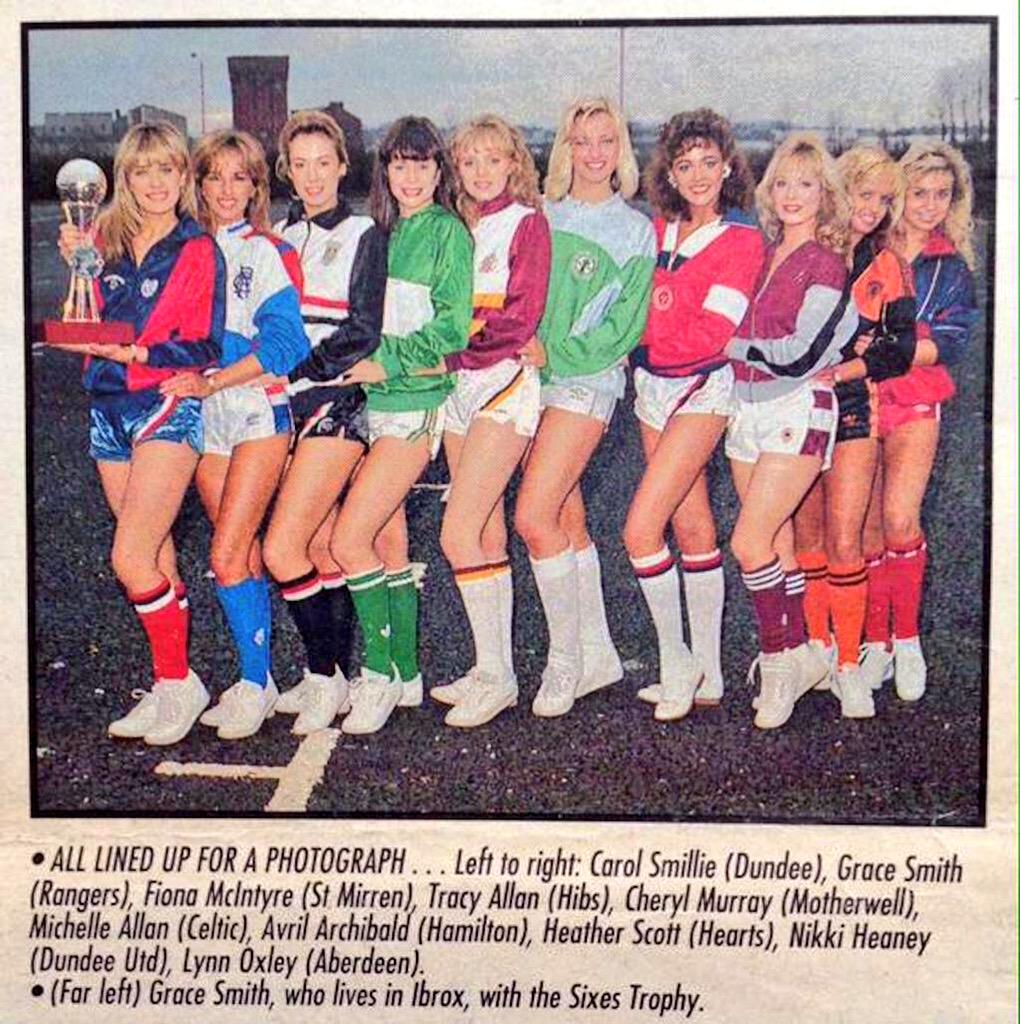 Hang on, some lass called Grace lives in Ibrox ?

And name the Celt in the picture.

Alan ‘rambo’ mcinally ‘do you think these shorts are tight and small enough?’

Alan “Rambo, when I played in Bayern” McInally, trying to get away from Jim McIntyre’s peroxide stench!

Big Rambo, how he got a game with Bayern is a mystery to me, his father was a better player than him!

I believe that is Michelle Mone of ultimo in the Celtic top there.

Quite agree on the home matches issue – I’m fed up with Sky et al messing up the fixtures and causing great inconvenience and unecessary extra expense for season ticket holders living outside of Scotland (or the central belt for that matter). I’ve missed a fair few this season as a result. So I do hope the Sky boycott campaign really bites, though they probaly don’t care; and as for those who are resposible for negotiatng the deal in the first place, your proposed punishment is richly deserved.

Is that Michelle Moane in the Celtic kit ?

Stop moaning! It doesn’t suit your charismatic nature. But keep complaining, at least till you have no good reason to do so. I read nothing above that does not have the ring of truth glinting like a McLean tube (just to get the misery bit in) or a Turnbull Hutton warning. Sad to hear of the “good” man’s death and a pity he did not see his demands for the end to incompetence and corruption within the Scottish game reach fruition. Then, who of us will? R.I.P.

Keep hitting nails on the head, Ralph, and maybe one day one might penetrate the thick skulls that run our game – and our club – as well as those media moguls that ruin it.

McInally overdoing it as usual.

Do you remember when,
Things were really hummin’,
Yeaaaah, let’s twist again,
Twistin’ time is here!”

Or did his scissor kick just get out of control?

WHOEVER SAID THE MANGER IS SHIT WELL DONE YOUR TOTALLY RIGHT

0
Dan The Man
Reply to  deadhead67

Christmas come early this year DH67 ? Have a look at your post and think about it.

RE the picture o the burds…

Aye Alan Rambo “when I played in bayern for munich” Mcinally.

I hadn’t actually thought about how few home games were three o’clock on a Saturday this season, so I checked and was very surprised. Fair enough some were moved to a Sunday due to the Europa, so that makes CL qualification even more important so fans can get to the game at the traditional time.
Can’t believe the powers that be made such a big deal about prices for the semi-final, it is like deliberately antagonising the fans looking at the cost of tickets at Parkhead just to get moved around for TV or friendlies. Being taken for granted as usual, if someone thought they would strike a chord and be cheered they have yet again shown they do not have the pulse of the fans in that boardroom.

Is the picture showing the two mcinally’s?

While Herr Hoeness sentiments are fantastic I hope he is not in charge of the finances at Bayern. By his calculation Bayern would only have 10,000 season ticket holders.

I doubt thats the case

0
Dan The Man
Reply to  the real anton rogan

Think you will find that German TV contracts are what allow Bayern to charge sensible SB prices but at least it is reflected in SB price. Look at what EP clubs still charge fans even with bumper TV contract in place. Fans down in England being fleeced by greedy clubs and players.

In one breath Celtic complain that the SFA have priced the tickets for the semi-final too high for the ordinary fans (the dearest ticket is £23) and in the next breath advertise an SPL game on a Wednesday night at £26 – where is the logic?
If Celtic really do believe that £23 is too high a price to pay, will they be reducing the price of tickets for SPL games and the cost of the ST accordingly?
Maximum price for a game of football in Scotland should be between £15 – £20 and ST’s should be no more than £300.

The complaint is not so much about the price as the fairness ,larger proportion of Celtic Fans being asked to pay higher price by SFA . SFA see Celtic Fans as a soft touch,will pay any price to see the Team play .