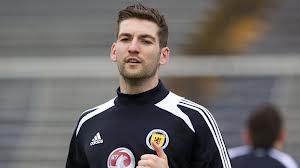 Scotland, Wales, Ireland and Northern Ireland will not be at next years world cup, which means most of Celtics players will get a summer break next year. Despite a valiant effort from Mikael Lustig, his Swedish team should be. Lustig also limped off during the Ireland -Sweden game, and it wasn’t until this morning that it dawned on me that he had been stretchered off against Dundee Utd and shouldn’t have been playing anyway.

Perhaps the tv pictures from that game were misleading. I’m sure I read something about that in the week.

England are still in with a chance, although noticing that they finished their game against Moldova with four Scousers in the team could mean that if they don’t win the World Cup, they plan to steal it.

Thankfully, the Commonwealth games is next summer, which might give us something to have an interest in. The Running Jumping and Chucking things competition will be held in Glasgow next year, and that will no doubt make a long summer seem even longer.

One thing that was apparent last night after watching the Scotland game was that Charlie Mulgrew can play central midfield, in fact, he plays it very well. Mulgrew was completely unfazed by the presence of frizzy haired Belgian Felliatio ( I think thats his name ) who recently joined Manchester Utd for millions and millions of pounds after new manager Davie Moyes utilised the English clubs world wide scouting network  to bring him to Old Trafford, and more than made a contribution alongside Scott Brown, who was his usual inspirational self .

According to manager Gordon Strachan, the Belgians had the edge in ” Speed , strength and height ” but he could have asked no more of his charges. To be honest, any country playing Scotland should have the edge over Scotland, unless Lilliput get a team together 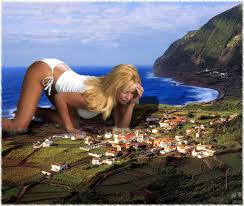 Scotland should now finish last in their group, and Craig Levein probably knows now why he still hasn’t got another job in management.

Back to Celtic, and Kaka, Messi, and a host of others have been singing the praises of the atmosphere at Celtic Park, having both experienced it before and both are looking forward to doing it again. Messi called it the best atmosphere in Europe, Kaka was glad to be back at Milan so he could experience it again, while Ronald de Boer is looking forward to hearing that song about him and his brother again.

Stilian Petrovs charity match tomorrow is now sold out, which is great news for his charity, and it also means that those attending will have a great day out watching the likes of Henrik Larsson, Lubomir moravcik and all those others who are fondly remembered for their time at Celtic. Chelsea captain John Terry is also playing, and this will give Celtic fans a chance to thank him for the role he played in the 1967 European Cup win.  He will not, however, be endorsing his own new business venture. 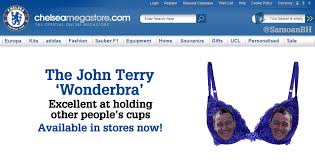 Whilst several old friends are returning, one is leaving. Whilst not exactly a friend, Charlotte Fakeovers , who has been instrumental in exposing some of the dirty deeds perpetrated at Ibrox over the last year or so , is walking away.

But he/she left us with this question-and then happily answered it for us;

So who is going to potentially benefit when I walk away?

1. Craig Whyte – He will have a much better chance of settlement if I’m not around
Expand

Charlotte Fakeovers ‏@CharlotteFakes 26m
So who is going to potentially benefit when I walk away?

2. Imran Ahmad – They guy who supplied Craig Whyte with the 5 way agreement.
Expand

Charlotte Fakeovers ‏@CharlotteFakes 25m
So who is going to potentially benefit when I walk away?

Charlotte Fakeovers ‏@CharlotteFakes 24m
So who is going to potentially benefit when I walk away?

4. Cenkos, McColl, Murrays and others behind the current requisitioning.
Expand

Charlotte Fakeovers ‏@CharlotteFakes 22m
So who is going to potentially benefit when I walk away?

5. Charles Green . Pinsent recommended to the SFO no futher action for all. #Phew

Charlotte Fakeovers ‏@CharlotteFakes 18m
So who is going to potentially benefit when I walk away?

Charlotte Fakeovers ‏@CharlotteFakes 16m
So who is going to potentially benefit when I walk away?

7. All associated with Worthington and Jerome including Doug ‘Underhand’ Ware

Charlotte Fakeovers ‏@CharlotteFakes 14m
So who is going to potentially benefit when I walk away?

8. Jack Irvine especially so if HMRC have taken further interest in him.

Charlotte Fakeovers ‏@CharlotteFakes 13m
So who is going to potentially benefit when I walk away?

Charlotte Fakeovers ‏@CharlotteFakes 13m
However I wouldn’t dare dream of leaving without giving you all an insight into the past 12 months in the most glorious of detail.

And he starts with this.

Jim Spence has hinted that the BBC will not take the recent outburst of  Second Rangers supporters lightly. The stubborn fans who  don’t think their club died are still going around in denial and shouting at anyone who says otherwise.

The BBC may well be taking them to task. We have been given an advance copy of their statement..

It might get a bit urgent soon, as they say in old London Town, and I, for one , can’t wait.

Glenn Gibbons, writing in the Scotsman, gives his thoughts on a few things today, and they are something that won’t go down too well in the McCoist household. The article is a little too close to the bone in its summation of the great man, and all the funnier for it.

This  picture is a cracker,  Celtic Park on matchday, superbly captured on canvas by the artist, and other Celtic themed paintings can be found here

Yesterdays quiz gave us a picture of Hot Shot Hamish, the cartoon legend of our childhood, and the long time Celtic servant I was suggesting was Neil Mochan, although again there were some great replies..

Easier one today, seeing as how its been a while since you guys got one right.

I was going to pedantic and say it should have been Cesar Romero until I realised I don’t have a clue what Cesar Romero looks like.

Gibbons article,and the comments from the Huns after,just shows them up for the clowns they are.in their eyes,ally can do no wrong and any criticism of him is an attack on rfc2.

I was at the Scotland match last night – £25 for a ticket – anyway, James Forrest proved to be as much of an enigma in a Scotland jersey as he is in a Celtic jersey. He’s obviously got talent, but something is definitely missing. I truly hope that he develops into the player that Neil Lennon insists he is.
Other than that, Broonie was Broonie, Mulgrew looked ok in midfield (he got Man of the Match I believe)and nobody got injured, as far as I could see.
The gulf in class between Belgium and Scotland was immense and it was never really a contest.
I just hope that we don’t suffer the same fate in our CL games as I reckon there is a similar gulf in class between us and the other teams. I suppose as we only have 3 Scottish players in our team, that could work to our advantage.

Unfortunately that is true, not enough good Scottish players about. When you see all the talent at youth level/U20 that never make the grade, you wonder were the problem is? The player, the coaching or the system?

Milgrew and Brown can play midfield, Brown his usual inspirational self, are you f*cking joking????

Some of the replies by the living dead in Glen Gibbons article
would be hilarious if they were not so vile and frankly factually wrong,They are so used to media in this country fawning over their dead team and it’s doppelganger version ,that when one journo breaks ranks they go ape shit and their blood pressure zooms through the roof,they still don’t get it

King Billy was named Cesar after Cesar Romero not Julius Caesar, so you should have shown a photie of Mr Romero perhaps in his most famous role as The Joker in the old Batman TV series.

Forrest to me is a one trick pony on the wing and ge’ts found out coming up against fullbacks who can read a game and predict his movement.
He would be far better suited playing more centrally and allowing Mathews or Lustig to verlap out wide in my opinion.
His crossing is mediocre too.

Jamsie seems to play his best through the middle and when he is on a game he is sooo good.
Needs to be more consistent though, Neil also has a blind spot with him and leaves him on the pitch even when he’s the invisible man. Which is obviously why he can’t see he’s playing crap.

Mulgrew had Fellaini in his pocket all night and combined well with Brown in Midfield,their Champions League experience has given both a yard or two at this level as both were acutely aware of what the Belgium players movement and reacted quickly to close them down.
Both were constantly looking for the danger or the space to move into or pass.
Mulgrew MOTM for me.