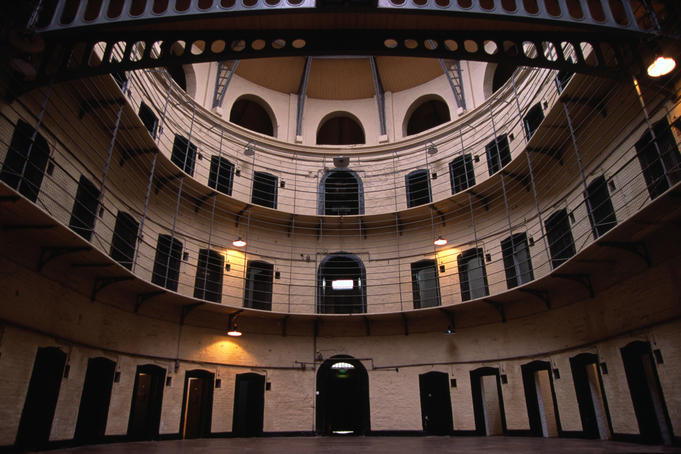 He stood with his back to the cell door as it clanged shut behind him; the two prisoners stared at him with a strange affectionate look. The cell was larger than he expected with a bunk bed to the left with a single to the right hand side, both up against the wall. At the far end there was a small table with a solitary chair, directly opposite was the en-suite, a metal washbasin with matching cludgie.

No one seemed to want to communicate so he moved towards the bunk beds assuming that one would be his. Both prisoners moved as one and he quickly stopped. “Where you goan pal,” the muscle man of the pair quipped, “You’ve no goat a bunkie.” He sat down on the single bed dumping his gear on the floor, for the first time that week he had struck lucky.

This was all a bit strange to him, things usually never got this far, someone had fucked up big style and he had been the fall guy. Three bloody months the judge had given him, he had been stunned and that other bastard had said not to worry, everything will be ok; we’ll just say that you resigned because of negative publicity, no one will know where you are.

How did it get so out of hand? More than that, how could they have fooled him so easily? A quick court visit they said, the press will cover for us saying it’s just an independent investigation, no need to worry we have it sorted. He put his head in his hands trying to block out his new companions who seemed to be enjoying his predicament, the muscle man and his tattooed friend smiled knowingly at each other, waiting for lights out.

Awakened by a creak from the bunk bed he found himself pinned down, realization suddenly hit him about the same time as the tattooed man. He shut his eyes and thought looks like I’m gonna be fucked wherever I go.
Brian53

If you would like to send in an article for Celtic Fiction, please email it to etims.contact@googlemail.com

If only he had boarded up the back passage, he just might not have been caught. Sounds a bit like the parable of the prodygal son from the south west.