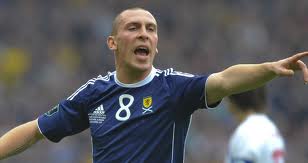 Scott Brown will captain Scotland against England tonight in London, giving us all an hour and a half on the edge of our seats wondering when he’ll get injured.

In days gone by, both countries used to enjoy the annual end of season tussle to secure the bragging rights for the following twelve months, supporters would enjoy the sojourn to London, and even those staying at home could watch the game live-still pretty much a rarity in those days.

These days, with the English league having lost its identity, and the English team its ability, the game is just another friendly designed to allow FIFa to pretend that the national game is as important as those controlled by the  corporate  monster that is UEFA.

Whilst we all want to beat the English, its kind of lost its appeal these days, and all we want is for Celtics players to come back uninjured.

The under 21s played in Sheffield last night , with the auld enemy running out 6-0 winners. A colleague down here in the south pointed out that he thought the English under 21s were better than the senior team. Worryingly, the Scottish under 21s are also better than their senior counterparts.

Brown , though , is proud-quite rightly-to be leading his country, and faced a few journalists yesterday, all of whom were desperate to make the game sound interesting.

When asked if he felt people in the south belittled the Scottish game-a bit like being asked if he thought he would get wet if it rained- Brown replied ;

“Could you name a couple of Kilmarnock players? No? Proves my point. ”

Thankfully, there were no Scottish journalists present to take up the challenge either. Most of them couldn’t tell you what day it was. Brown continued, trying manfully to rally the troops.

“I know we are a small country and not as big as England, but I think we can give as good as we get on our day. We seem to thrive on big occasions sometimes.

“Nothing here will overwhelm me, that’s for sure. We’ve been in big Champions League games with Celtic and given as good as we got, so what is there to fear? ”

I don’t think they pay too much attention to Scottish football down here. They’ll probably know Rangers and Celtic, but that’s it – whereas we know everyone in their league.

“The lads did brilliantly in Croatia last time out and that result gave everyone a lift.

“We’ve got together here and had two really good days in training, getting more of the manager’s ideas.

“We’re learning more about his thoughts on defence and attack, it’s been high-tempo and we’re in a top mood.

Every team  has vulnerabilities. It’s whether we can find them out and play through England in that way.”

Again, I think we’ll all just be happy if all our players get back tomorrow and no-one is injured. Brown has got a few Celtic fans upset with supposed comments about leading Scotland out against England a being bigger than leading his club out in the last 16 of the champions league, but frankly, who gives a toss ?

With Peter Lawwell allegedly out doing a bit of shopping in Iceland-before heading to Tescos- the Daily Record has decided its time to sell Fraser Forster. He’s been linked with Benfica, in what would be a an historic move for a Portuguese club, where they would buy someone they didn’t need for a price way beyond what they have ever paid.

Portuguese clubs tend to buy low , usually from Brazil or Mozambique, and sell high. The very model that Celtic are attempting to copy. Craig Swan, from the Record, offers no quotes for his story, no sources, but does have a statement from Alfred Finnbogasson, who says ;

“There are offers but the club haven’t told me they’ve been accepted.”

More in depth reporting from the Record  there.

David Longmuir doesn’t have a lot to look forward to these days. Beaten by the multi talented Neil Doncaster to the post of SPFL chief-largely due to Doncasters ability to secure , amongst other things, a sponsor for the rebranded set up-he is rumoured to be in the running for the position of Commercial Director at Second Rangers.

Presumably on a temporary contract, the former SFL chief , not only surrounded by fans of the new club at home, will be surrounded by them at work as well.

However, Ibrox CEO Craig Mather appears to be unaware of the appointment, showing the competence of previous CEOs at the struggling club;

Thats the latest from Charlotte Fakeovers, who has been quiet for a bit. Well, with Charles Green back on the scene, theres no real need to interrupt the enemy while they make mistakes, to quote the trouble making French short arse Napoleon Bonaparte.

Now, according to another release back in July from CF, mediahouse, an agency which is/was responsible for media management on behalf of First, Second and Third Rangers-when they come about- had a meeting on the 16 May 2011 to define pro-IRA songs

Soon after, at the Scottish Cup final, the esteemed Pat Nevin and his colleague Rob MacLean commented that they had heard sectarian singing at half time-which then led to the infamous conversation where the dynamic duo condemned the support and at no time gave the impression that it was all pre planned.

Anyhoo, singlecell, one of our readers, sent us this, which was a reply to his complaint about the possibility of the BBC being influenced by Mediahouse  in its identification of sectarian singing etc.

Thank you for contacting us.

We understand you were unhappy with reports about a briefing by Media House in relation to sectarian singing at football matches.

Your comments were passed to the Head of News, who has asked that I forward his response as follows:

Media House did facilitate an interview with former Rangers’ player, Sandy Jardine, for possible inclusion within the BBC Scotland News documentary Bombs, Bigotry and Football, which was broadcast on BBC One Scotland on Wednesday 18 May 2011 and which examined the impact of sectarianism on Scottish football and society.

To inform the contents of the documentary, the documentary investigations team spoke to Strathclyde Police about definitions of sectarian chants and songs. No such enquiries were made of Media House. The full editorial responsibility for BBC Scotland programmes and content lies entirely with BBC Scotland and is not influenced in any way by any external party or parties.”

Nevertheless, we appreciate you feel strongly about this. To that end, we’d like to assure you we’ve registered your comments on our daily audience log. This is a summary of audience feedback, which is made available to senior editorial staff and management throughout the BBC. It is used to help inform future decisions about ways to improve our content.

Thanks again for contacting us.

Notice the wording in the denial-No-one from BBC Scotlands Sports staff.. Unusual to mention the sports staff specifically, and not a categorical denial that any of BBC Scotlands staff whatsoever  attended any meetings.
Perhaps they would be so good as to confirm that no member of the BBC staff attended any meeting with Mediahouse before or after the Cup final.
The reply then goes on to answer a completely different question-standard procedure when someone doesn’t want to answer the question put to them – and explains the workings behind a completely different programme, which has no relevance to the Cup Final  broadcast.
Anyone know how to work that tweeter thing ?
If you ever talk to anyone from abroad, especially in the developing world, they have a tremendous respect for the BBC, as bastions of truth and protectors of the downtrodden.
Thats the developing world, of course. Scotland ceased to develop some time ago.
We digress….
Keiron Prior has been trying to buy Charles Green out of Second Rangers-
“I’ve twice bid for Green’s stock in its entirety. He told me to put my money where my mouth is and on each occasion I had to call him for an answer.

“It has been like trying to negotiate with a chimpanzee for a banana. “

If I could just take a moment to offer a wee bit of advice to Prior, take the banana, it’ll hold its value better.
The picture puzzle yesterday was solved exactly by Sevilliant, with Patsy Gallacher the answer.
Another crytic one today… 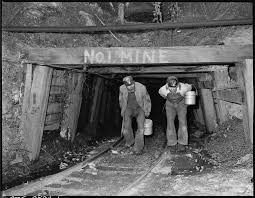 Is it that guy from “Ah’ll tell you a durty joke” story – “Jock the Coalman?”

Cryptic Quiz Thingy-
alternative answer : Any Celtic player- cos they all get SHAFTED by the MAN IN BLACK
Boom Boom

Comments on the article later, BUT for now – do you realise how difficult the links you provide are to read? And that Mediahouse one just leads to CF’s twitter feed – what are we supposed to read about the MH meeting?

Duly noted Blinabhoy…we will instruct Ralph in how to set a link…well we will when he stops campaigning outside Chucks hotel room!

Ralph, Check out Ken Smith’s ‘The Diary’ in The Herald today he quotes your comments about next week’s game kick-off time word for word. At long last some belieavable MSM reporting!!!

I have been on the physio table and managed to post a comment for the first time in weeks today and guess what? Yep! Gone, gone, gone!!

Back on the table now for psychotherapy this time.

Have you considered trying to keep them short n sweet PB?

If you ask my wife, I am never short and I am always sweet 🙂

Is it Jock Stein?