Peter Lawwell has been lauding the achievements of last season. Neil Lennon has been sitting outside the CEOs office and pointing to the door, and to Lawwell, and back to the door.

” Today is obviously a very significant date in Celtics history. Our first ever game took place on 28 May 1888, and 125 years later, the club is still going strong. We are the Scottish champions and the Scottish Cup holders and thats something which, in this historic season, we are very proud of.

When Brother Walfrid and our founding fathers started Celtic Football club, I’m sure not even they , with the remarkable vision they showed, could have imagined the success that the club would achieve and the worldwide appeal it would have today. This season, our 125th anniversary year-has delivered great success, and for that, Neil, his backroom staff and all the players deserve enormous credit. The backing the team received at Hampden, as has been the case throughout the campaign, has been phenomenal, and it remains one of our greatest strengths as a club. To have won the double and reached the last sixteen of the Champions League is a tremendous achievement, and who could ever forget, in particular, our victory over Barcelona here at Celtic Park ? ”

The applause of those listening startled and woke those who were not listening.

Somewhere, in Movieland, there is a script going round of the Celtic story, and casting directors must be rueing the passing of Father Ted actor Dermot Morgan, who would have been a shoe in for Lawwells part. Especially making speeches.

However, the manager had brought a flask of tea and sandwiches with him, because he wants to discuss a transfer war chest, so he can fend off crack clubs who might swoop for any of his targets.

The latter half of that sentence, cliche ridden as it is, cannot be taken as an application for work in the MSM.

With the Daily Record picking up on the Johnny Russel link, several days after everyone else, ( the diary spotted it as a rumour from probably the most reliable KDS poster, ) the wheels are once again in motion as the transfer window slams open. (Mixing the metaphors a wee bit there, thus guaranteeing an interview at the Sun. )

Also linked is Amigo Balde, a six foot four forward from Vitoria Guimares, who is not a Portuguese model, but it does give me an excuse to add this picture. 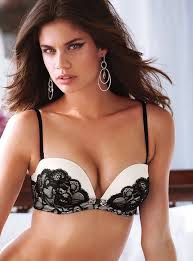 If indeed that is where the lad is plying his trade then its going to be tricky to shift him. Unless you use a crane.

However, as I am aware that ladies read the diary as well, heres one for them. 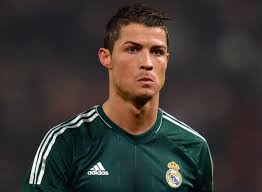 And if anyone likes jellyfish, this is a portuguese man of war. 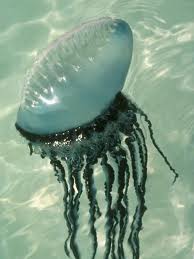 Gary Hooper to Hull ? Or QPR ? Or Aston Villa ?

One article suggests that Lassad Niouiou and Miku could also be away-well, Miku is a cert, and Lassad wouldn’t be a surprise. Fraser Forster is pining for the England national team, so aren’t we lucky that Shay Given has been released, though without any evidence whatsoever, except a mischievous glint in the eye, Alan MacGregor has been linked with Hull and West Ham. ( Now auditioning for the Record, or the National Enquirer. Both have the same credibility. )

Go on, check the old diaries, away for a year, homesick, and then back to Glasgow, where only one team can afford him.

Meanwhile, put the 24th of June down in your diary. Thats when the draw is made for the qualifiers .  The regionalised draw throws up the possibility of a tie against Sligo Rovers, the home of Brother Walfrid and Sean Fallon. Which will be the one we pray for.

Could Sevco be signing all these players so they can sell them in January ? All four of the new imports moved on would raise a few bob, at a time when they will probably need some money, if, of course , they are still around.

An interesting blog on Ally Mccoists trip to the US caught my eye as well. This is well worth a read, and perhaps a few questions to the Sevco boss, for clarification, of course.

Over there in darkest Govan, they have a lot on their plate it seems, but they will have to make a bit of room for more antics this week. Summed up best by channel 4 newshound Alex Thomson.

More worryingly for Sevco-one year old today- could be the backlash after bond holders were told, well, that they were bond holders with the old club. This, in the business world, is known as “shitting on your own front door step. ” When they bought a seat for life, what it really referred to was the life of the club, and not, as they thought, their own miserable existences.

The link is to Rangers Media, so if you are worried about the police finding embarrassing sites on your computer, be careful.

BDO, the liquidators with the task of liquidating Rangers have released their progress report. A couple of things catch the eye, especially the bits they didn’t say -well, couldn’t say, because they were being investigated.

Yesterday, we saw a surprised Dom Sullivan at Firhill while in Celtics colours, today.Today,  here’s a player who should have been surprised to be anywhere near a Celtic shirt. Who is he? (Clue-at the time , the club were so skint, they only did monochrome team pics. Apparently. Or maybe he didn’t deserve a colour one. ) 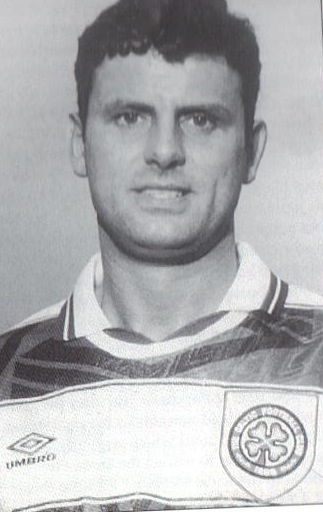 Elsewhere, Roberto Martinez will leave relegated Wigan, and is favourite for the vacant Everton post. Thankfully, Celtic never went down the route of bringing in a manger who had just seen his team drop out of Englands top flight, whilst gaining plaudits for his way of playing.

Can you imagine how that would have went?

Wayne Biggins, I think. Saw him for the first (and last) time in a nigtmarish midweek match against Falkirk in the dark days just before the bunnet’s miraculous intervention.

tis wayne biggins….who paid his own train fare to get to Glasgow for signing talks…..aaahhh….the biscuit tin days are truly gone……replaced with the Jelly mould days.

Wayne was my guess too

Ah good old Wayne!! A byeword for the bad old days….. Bet Sally wouldn’t say no to him if he was available today though 🙂

The legend that is Wayne ‘Biggo’ Biggins. The Ming of Mings!

What would have happened had Celtic had the great foresight to appoint a manager who had just overseen a side relegated from the EPL whilst playing ‘nice’ football?

Looks like a shady picture in a barbers! But at least thats of some use!

it really boils ma’ ass knowing that they scumbags @ IBROKES, STILL OWE DECENT PEOPLE LIKE MASEL AND THE CLUB WHERE I IS A SHAREHOLDER,40,000 POUNDS, A HOPE THAT THEY”RE WANDERING AROUND THE DESERTS OF SHITTISH FITBA’ FUR MONY A YEAR TAE COME , G I R F U Ys YA BUNCHA M. H. Bassas