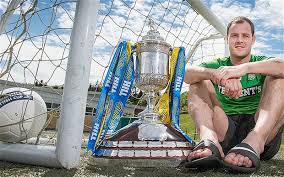 Its Cup Final weekend! Its a bank holiday on Monday! Ally McCoist is the third division manager of the year !

Three reasons to laugh and smile today, although the latter is more about laughter than the former two.

Celtic face Hibernian at Hampden in the 128th Scottish Cup final on Sunday, in what one hopes will be a fitting end to an excellent season. The league is won, a summer of sunshine beckons, and Rangers are still dead.

Anthony Stokes , though, offers a word of caution;

” Its a different atmosphere at Hampden. Sometimes it can go dead with the fans, so we will just have to go out , play our own game and focus on that. Can it have an impact on the players? I think it can. When you are used to playing at home at Celtic Park, the fans are noisy for ninety minutes in every game.”

Its true, sometimes when the game kicks of the racket made as all the seats are placed down can be inspiring.

” Going to other SPL grounds you always get a good atmosphere. But at Hampden , sometimes it does go quiet and we can’t let that affect us. ”

Not winning many games at Hampden recently may also have an effect on the support, but he didn’t mention that. Importantly though, it seems that all of the players who have spoken this week are aware that they have to take the game very seriously. That has to be a good thing.

“Have we had the credit we deserved this season ? I don’t know. When we were doing well in Europe, people were talking about us being a great young side. But when you tail off with three or four games to go, people tend to have short memories. We will look back on it being a great season with a great run in Europe. We won the league comfortably and our main aim now is to do the double. ”

Stokes summed it up in that last sentence. Determination, concentration and playing the way the team can should see the cup come home to paradise.

Another bonus for Celtic is that Neil Lennon will not have to sit in the stands, although he is buying a book for next year, expecting to spend a few games up with the real people.

The boss received a suspended one match ban for breaching a previous touchline ban. The SFA said;

” Mr Lennon was found in breach, with a one match suspension applied. The tribunal suspended the sanction until the end of the 2013-14 and to take effect in the event  that Mr. Lennon is found in breach of rule 205 within that period.”

” Thrilled to be on the touchline for Sunday. Cup Final is always a special occasion . ”

Scott Brown spoke about the biggest danger to Celtic in the game-not Efe Ambrose, but Hibernian forward Leigh Griffiths.

” Its everyones job , as a team, to look after him. We work together as a team going forward and going back on the park. But its not just about Leigh Griffiths, though. He’s a great player and we’ve seen that this season, he’s showed you how good a player he is but there are ten other players on the park we have to look out for as well. ”

None spring immediately to mind, but we’ll take his word for it.

“Everyone wants to win everything in our squad and the Scottish Cup is huge for us. ”

Etims will be publishing a preview tomorrow as our esteemed writers put together their thoughts. Well worth a read if you can’t get hold of a copy of Wallpaper Weekly.

Theres been a bit of discussion over who will wear what strip on Sunday, and theres nothing on the SFA official site. Hopefully, both teams will wear their traditional strips, giving the whole day a sort of festival of green and white , but there is talk that Celtic will wear the black away strip.

Apparently, the change of colours is to help the officials determine between the sides easily.

Firstly, may I point out that Willie Collum usually makes his mind up whether he has seen an incident or not, and secondly, there are going to be six officials on duty. Surely one of them might spot something. Six pairs of eyes-oh , plus the pair  Collum has in the back of his head.

Both clubs should just take their home kits only, and pretend they have had the others stolen. With the game scheduled to kick off at three o’clock, if no-one says anything until about a quarter to, then it will be too late to do anything. After all, they have to show something on telly, and it would be too late to find a Carry On film to put on.

Speaking of telly. both BBC Scotland and Sky are showing the game live. Compare and contrast the build up by both channels. Sky have been advertising it constantly, with interviews. BBC haven’t so much as a preview on today.

Obviously, funds and airtime come into it, but its the showpiece of the season, and the publicly funded Beeb have to at least show an interest in something which isn’t taking place at Wembley. The problem is, there coverage is not on a par with Skys, even allowing for Davie Provan and Andy Walker, so budgets will be further cut in accordance with viewing figures.

Quick note to the BBC-its not too late to change the line up for your show. I could make it at a push, and I’m fairly certain that after a few beers I could make the show “lively and interesting. ”

Failing that, try at least to think of someone who is witty, intelligent, and articulate.

Bugger. Just talked myself out of that gig.

As if the excitement of a day out at Hampden isn’t enough to keep us buzzing, may I offer the warmest congratulations to rookie boss Ally McCoist, who in his first full season with the new kids on the block Sevco Rangers, has lifted the third division manager of the year award.

Defying all the odds, he led his team to victory on a budget just hundreds of times greater than his rivals, with a squad of full time experienced player ( incuding internationals )s in front of a support vastly superior in numbers. Mccoists side were accused of playing below par on several occasions, but grimly held on to lift the title.

Neil Lennon, of course, failed to win the respective Premier league award, because he led his team to victory on a budget just hundreds of times greater than his rivals, with a squad of…etc, etc.

Never mind. Its championships and cups that count.

McCoist is currently away white water rafting in the USA, which explains his absence from the signing of Cammy Bell, the new keeper , and it also means he will miss the weekends fun at Hampden.

Except he might have one eye on his own club, which according to a doleful Keith Jackson on Radio Scotland, is in a bit of bother again.

With Charlotte Fakeover tweeting about death threats from Charles Green to Craig Whyte, all documented in featured emails, the soap opera continues.

Charlotte added that he hasn’t even started on the big boys yet. And used the words jail time..

You know how I can tell ?

The Daily Record hasn’t gone with Hooper / Wanyama/ Lennon in dressing room fallout. Instead today, it has this.

Now, I always figured that Hugh Keevins would be hard pushed to find anyone who talks as much nonsense as he does. but he did. What could they be discussing, and would it make any sense whatsoever? 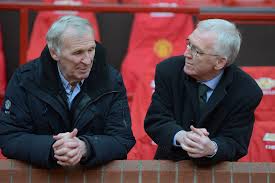 Doesn’t look like he fully gets it, does it?

Finally, a wee picture quiz, like on question of sport.

Who is this gorgeous creature ? 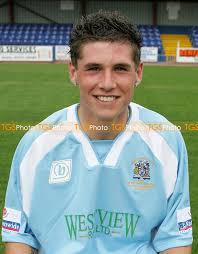 A skinnier than usual garry hooper

smashing looking young man, you don’t have his phone number by chance mmmmmmm.

Hoopy the huddle hound before he was dressed.

A young Take that member…now scores for the Hoops!!

Stevie Fulton before he morphed into Rocky Dennis

For the 2nd photo – “Right I understand now what those things made of paper are, now can someone explain what those interwebby computer things are for, and can I use my smoke signals and rock carvings on it?”.

Is Hugh saying to Paddy crearnd … “Do you rememeber when we used to be Celtic Fans ? ”

Crerand ” Aye Hugh, then the money kicked it and that was it..”

Hugh ” Yip, I talk mince in Scotland and you in England”

Can that be the lesser spotted Falc Craigenbridge! The man who let us win the league at home?

Leave it ahhhhht! Hoop is just a happy boy – this time cos they’ve managed to stitch his ears back on.