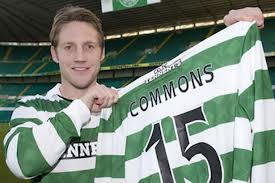 Taking his age into account, and Scotlands early exit from the World Cup, Commons will be in his mid sixties by the time Strachans side are competing at a high level again, so he has stepped aside to let the younger players develop. He said;

” I have enjoyed my time immensely with the Scotland team and it was a very proud moment every time I pulled on the Scotland shirt. I will always , of course, be a Scotland supporter. I have thought about this decision for some time. At this stage of my career, I just want to give Celtic my 100 per cent commitment and ensure I can prolong my club career as long as possible. I also want to give my young family more attention, something i have not been able to do for some time. ”

Strachan, between gritted teeth, wished him the “best of luck. ”

Over to Scott Brown and James Forrest now….They know what to do.

Forrest has said that if Celtic don’t win the Cup then it will not mean its a bad season, which has been twisted to mean he doesn’t care if Celtic win or not, clearly nonsense, but another example of why players need to be careful about what they tell hacks.

The winger is hurt again, but hopes to train on Friday and Saturday so he can play on Sunday. He has had a few injuries this season, meaning he has only started seventeen games, and it could be argued that he is another who is missed when he’s not playing. It could also be argued that he is missed when he is playing, but an injury free Forrest is a benefit to the side.

He needs to rest up this summer and come back to fulfill his early promise.

Lennon has a full squad to choose from for Sunday, with injured players such as Matthews and Mulgrew back in contention.

“Domestically, to win the league and the Scottish Cup-the two main trophies-would be brilliant.”

But he summed up the task ahead of them quite well;

” If we put our minds to it, are focused well and play well on the day we can win the game. We need to match them first and be up for it. Thats the main thing.”

It is. The only thing Celtic have to worry about in the game is Celtic. And probably Willie Collum.

Hibernian defender Paul Hanlon says his team are ” a lot stronger mentally this year. When we have gone a goal down in games we have not folded.” He was mainly referring to the three goal deficit overcome in the epic semi final with Falkirk, and although Hibs may not be confident, there seems to be a genuine optimism for the game.

They will be desperate to avoid a thrashing like the one they got last year from Hearts in the final, and may opt for a more cautious approach.

Whatever way you look at it, its not an easy game, and there are no guarantees.

The Motherwell manager Stuart McCall has been approached officially by Sheffield Utd as they look for a new manager. McCall, still in shock after winning a manager of the year award, said;

” As far as I am concerned, my full focus is on here all the time.”

We think he meant Motherwell. but he could have meant Ibrox or Bramall Lane as well.

Another former Celt in the news is Aiden McGeady, with rumours of a move to Everton. McGeady is said to want out after hitting an opponent on the pitch and getting himself a six match ban. Maybe he just wants to come home…

Vitori Guimares striker  El  Harbi  Hillel  Soudani has been watched by Celtic, even though Anthony Stokes is set to sign a new deal. The Algerian could be the ideal replacement for Jan Vennegoor of Hesselink at fifty pence a letter on the back of shirts as Lawwell dreams up more schemes to get the discounted season money back through the tills.

He has 13 goals in 35 games for the Portuguese side, but after looking through his stats on Wikipedia, he can only be described as average, but he is tall, just half an inch shy of six feet. 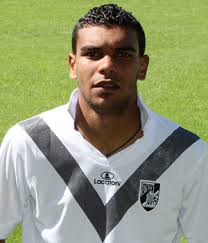 Thats him above, trying hard not to remind anyone of Pierre van Hooijdonk.

Alex Thomson, he of Channel 4 , has pointed out that the appeal by HMRC against the decision to absolve Rangers ( in liquidation ) of any tax wrongdoings by using EBTs will be held on July 19 in Edinburgh. Theres a date for your diary, and perhaps this time they will get the decision right.

Its not the facts that are in dispute, as Paul McConville pointed out some time ago. Only the interpretation and application of the law.

Incidentally, on the same day, notice the listing of the “Murray Management Group” also facing HMRC that day. Or Murray International Holdings as they used to be known.

The Sevco pantomime rumbled on yesterday, with Charlotte fakeover releasing a letter which should have Stewart Regan and Campbell Ogilvie sweating a but more than usual. It suggests that Regan and Ogilvie tried to help Whyte , not least by offering to ignore his previous convictions. Its a bit long, but nonetheless interesting.

So much so that there are stories already that Water Smith has put his cardigan on and has cut short his holiday to attend an emergency meeting today. Thats if the stories about his imminent departure aren’t true. Or , indeed , if they are.

Its quite difficult to sum it all up over there-I doubt even those involved are entirely sure whats going on. Surely Whyte would have taped such a meeting, as the one with Ogilvie and Reagan. Is that his smoking gun? Will the house of cards at the SFA finally tumble ?

Well, you have to hope so.

I met  Regan, Doncaster and Ogilvie for their thoughts yesterday, but couldn’t make out what they were saying.

I’m kind of worried that history might be repeating itself. Ther are certain parallels between Sevco and this guy. 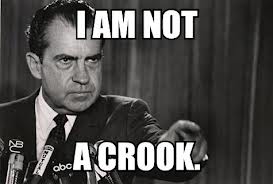 And this headline is quite spooky.

Still, there is a message from an influential Rangers admirer 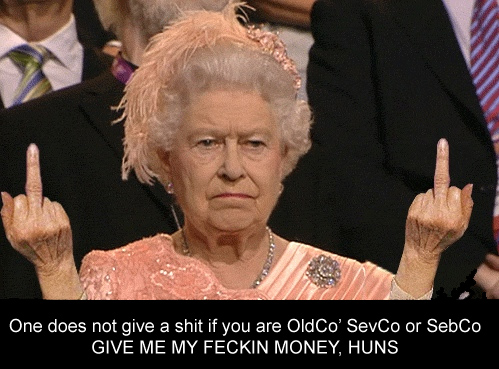 Anyway, who are these two speaking to Campbell Ogilvie, and what are they saying? 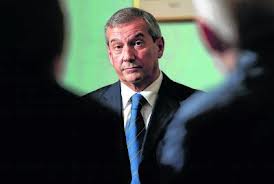 we have asked for referances but our mail was returned “clubs liquodated” would you like to explain ?

we think this sketch is a tad far fetched : it involves
the blue team ,sfa and funny haundshakes
whit dae you think cam .

So Mr Ogilvie…welcome to Poundland…

Do you remember that one when June Ackland and Smithy solved the double murder case, that was 10 years ago this week.

Brother McOist and Brother Smiff.” Hi Ogi ..need anurra favour. Gonnae get a job with Celtic ..and do to them what you did to us and Hearts?”.

“Hi we’re from Chelsea and require some financial advice………”

Sally n cardigan, well you GOAT us intae this, how u goany get us oot, and by the way we telt you no tae mess wae green and white,nough said

No Mr Ogilvie, all the single cells are taken!

Ah Agents Scarlet and Red …any news from Brother Moonbeam regarding the Intiation of phase 3 of Operation Clusterfuck?

Does EBT stand for ” everyone beats tax”?

I’m really watty and I run the sfa. So everything is going to be ok, just like it was in the past master!