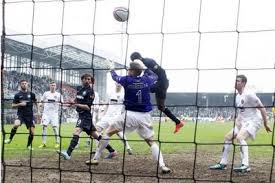 The domestic league season finished yesterday, and Celtic signed off with a flourish, beating Dundee Utd 4-0 with one of the more enjoyable performances of the campaign.

Kris Commons scored his nineteeth goal of the season early on, and then Georgios Samaras bagged a couple, with Anthony Stokes hitting the fourth.

The score suggests it was all one way, but Fraser Forster was back to his best as well, making a number of fine saves, which can only mean his girlfriend is back from the Alan Sugar Show and he’s getting his tea made for him.

The game of course, was merely a run out before the big one next Sunday at Hampden. Its difficult to see how Neil Lennon could drop anyone after yesterdays efforts, and its great to see that the idea of giving players a proper break looks to have paid off.

( The diary reserves the right to change its opinion depending on future results. )

Anyone who doubted captain Scott Browns contribution to the side only needs to look at the difference these last couple of weeks. The lethargic team, which was going through the motions more often than not, has been replaced by a group of players who are hungry, determined , and enjoying their football. Most of all, its great to watch. Dare I even say entertaining, and thats what  its all about. Winning with style and flair.

( The diary reserves the right to change its opinion depending on future results. )

So, there you have it. The first post Armageddon season is over, and it wasn’t anywhere near as bad as the experts predicted. There were more goals, more shots on goals, and several excellent games for the neutral. If there was one disappointment, it would be for me the failure of the highland teams to qualify for Europe. The pressure is on Motherwell, Hibs and St. Johnstone to get into the group stages of the Europa League, raising further the profile of the Scottish game, but the seeding structure means it will be very difficult. If they could all just win their home games though, it will have a massive effect on the co-efficient for the following years campaign, and looking at the big picture, that should be their target.

Small steps on the way to rebuilding credibility.

Celtics boss Neil Lennon lifted the sportswriters manager of the year prize, and the European campaign meant he deserved it. The continent sat up and took notice of Celtic, and consequently Scottish football with a couple of superb results in what for most of the players , was a trip into unknown territory with the group stages, and hope springs eternal for a repeat next year. But, whilst there is all that to look forward to, theres still a Cup final to play, and a double to claim.

Whilst this season was supposed to be a pushover, the reality is that these games still have to be won. Teams have raised their efforts against Celtic, St. Mirren apart earlier on , and tried not to park ten men behind the ball.

The final will be no different. Hibernian will want to erase the memory of last years drubbing, and in Leigh Griffiths-soon to return south-they do have someone who can conjure up a goal from nothing.

Neil Lennon says he will prepare for the game with the same intensity that he prepared for a Champions league game. If you don’t count Efe Ambrose and his circular tour of the globe pre match.

After yesterdays game, the gaffer said;

“I was delighted with the performance. I got everything I wanted today. The Cup final is all on the day but we will prepare  as best we can, we will prepare like it was a champions league game. We will train intensely, even though it is the last game of the season there will be no switching off. We will do a lot of analysis with the players and obviously we will have a look at some of our recent games at Hampden to see how we can improve on things.

We will cover all the bases. ”

Charlie Mulgrew, James Forrest and Adam Matthews will all be assessed later in the week for their fitness, though the boss conceded that Adam Matthews is the real concern, not having played since February, and picking up another knock in training.

Elsewhere, Hearts will find out today if they are to be punished after their Lithuanian parent company went under, and if they are found guilty of breaking any rules, they can expect to be docked points, which might see them relegated.

Campbell Ogililvie is a former chairman, as he was with the other Scottish club who crashed last year.  Happily though, Ogilvie was not involved with Dunfermline, also struggling financially and now relegated to the Second division , after losing a play off to Paul Hartleys Alloa. Gavin Masterton was the man at Dunfermline, and he was also the man at the bank who lent David Murray the money that helped to sink his club.

So, with Dunfermline and Rangers set to meet in the Third tier next year, I’m sure they will find plenty to talk about in the board room during the game.

The SPL will also discuss reform again today, with David Longmuir of the SFL keeping on eye firmly on the situations vacant column, just in case his P45 is in his pay poke this week. On the agenda is the absorption of the SFL into the SPL and it will all be under the wing of the SFA, who coincidentally, know SFA about how to run the professional game.

Tom English, an avid reader of the diary, commented in the Scotsman yesterday that he felt Celtic supporters were looking at the Charlotte fakeover releases as “orgasmic”

He said that only if they were true, could they have an effect on Rangers and their new set up. Well, heres a novel idea for Tom, and the rest of the MSM. How about trying to find out if they are true?

Maybe ask those alleged to be on the tapes if it was them. Maybe even ask those alleged to have sent the emails if they actually did. Or even, get a hold of Charlotte, buy the lot off him, and get them out into the open. After all, when did the papers ever pay any attention to the truth?

Hugh Keevins on Radio Clyde , along with his stooges, brushed all the fuss  aside under the old “We can’t talk about it for legal reasons, as the story needs to stand up.”

You know, in the same way that this one did.. 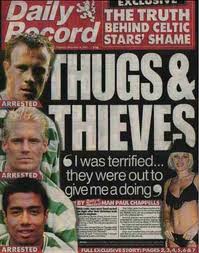 Perhaps a similar shake up would do the press a turn. Who knows, circulation figures may even go up if journalists did their job. Listening figures may increase on radio shows if the presenters talked sense.

Or perhaps its me who lives in lala land.

There is a genuine opportunity to relaunch the game in Scotland. Playing , watching and reporting it the way it should be done. Then it can be marketed and sold properly.

Is it hoping for too much that those in a position to do so grasp the mantle and move forward ?

Probably. but there is always hope.

Rod Stewart, as we saw in the Diarys picture quiz on Friday, has  a true rock and roll history, but with a new number one album this week, here’s hoping he doesn’t do anything stupid to celebrate, although it would be difficult to top Fridays photo.

Meanwhile, in a studio far, far away, Alan Shearer is thinking. What is he thinking? 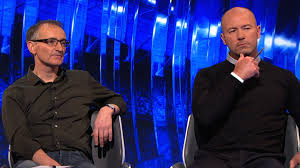 Nevin is quite the multi tasker. Already he is looking for alternative bookings for the summer. 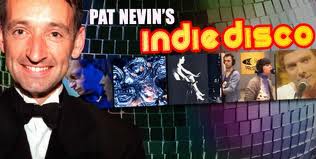 He’s waiting for your call 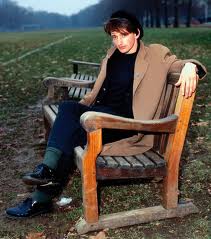 What a complete soup taker ( I have never used that expression to describe anyone before) pat nevin has become.

“Is it just me or do you want to punch this fanny as well?!”

I think Pat is a decent, honest wee guy who was hoodwinked and embarassed by Rob MacLean.

Whit a complete knob rash this wee “hibee” is

Fuck me Hansen was right my cock is bigger than Nevin..oh how l shall miss those special nights with Alan…

wish they had nevin on more ,he actually makes me sound good

“Who shat on the seat next to me?”

Decide for yourself who said that.