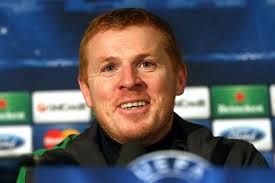 Neil Lennon tweeted last night that he is looking forward to todays press conference after he was found guilty of swearing at an opponent during the recent game with St. Mirren.  Although he received no punishment for upsetting millions of tv viewers with his foul mouthed tirade, it means a three match ban, which was suspended from last year, will kick in.

He’s obviously disappointed, and may yet appeal, but he’s being done for swearing at the football. Because a tv viewer complained. Theres no point in harping on about others who have done it, or about sections of supporters and their songs.

There can be no other reason for this sentence being passed than who the offender -and I use that term loosely-is.

The club were also disappointed. a statement read;

“Clearly we are extremely surprised and disappointed by this fucking ridiculous decision made by those idiots in charge today. Fundamentally, the particular disciplinary system in place is absurd-a system where such a case can be brought on the strength of a man having ginger hair and an Irish background is found guilty simply because of who he is and where he is from. This case has been brought on the strength of two complaints from people who obviously have nothing better to do than bemoan the death of their own club, and try to drag everyone down with them into the  the cesspit they have created .

The fourth official overseeing the technical area during the match made no mention of it in his match report, although he does wish he had thought of it first. Despite even supportive comments from numerous individuals , including Jim Goodwin himself, this judgement has been made, something which we find astonishing, but not really surprising because they have had it in for Neil for years, the bastards.

It is clear that this decision will have huge repercussions for the game in Scotland, because as far as we are concerned , you can stick your twisted, corrupt and bigoted wee league up your arse.”

I might have changed it around a bit, and added a few lines, but thats more or less it.

Although if Neil wants to borrow this, he is more than welcome.

ESPN, the channel which employs Craig Burley, is showing the Dundee Utd -Motherwell game tonight, which will see many of us in front of the telly with a beer in case Jackie MacNamaras side can do us a favour and clinch the league for us by preventing a Motherwell win. Strange to think, if Motherwell were playing the Old Rangers under the same circumstances, the bookies would not accept bets, even though Well haven’t beaten their big cousins in over four hundred years. In fact, they didn’t even beat the newclubs hopefuls earlier this year, despite having a far, far superior side.

Although we’d much rather win the title ourselves at Celtic Park on Sunday, breweries around the country are reporting increased profits after consumption rockets due to Thatcher dying, then being cremated and New Rangers hurtling towards the precipice. So, as you can imagine, they are relishing this weekend.

Captain Scott Brown, asked if the absence of Rangers from Scottish football, has taken anything away from winning the league this year, replied;

Or something along those lines. Brown has targeted a return in the Cup final against his old club Hibernian next month, and to be honest, with Beram Kayal and Victor Wanyama suspended , we could do with him.

Celtic have turned down a chance to play in a pre-season glamour tournament in the USA. The Guiness Cup will feature sides such as Real Madrid and Juventus, but the team they really wanted, Celtic, has Champions League qualifiers to negotiate. So these teams will just have to wait.

Elsewhere, Scott Gemmill has been appointed Scotland youth team coach, where he will work alongside John Collins. Gemmill’s dad used to be a footballer, so he can draw on his experience for help.

SPL secretary Ian Blair is going to consult the rule book to see if there is any scope for the SFA to mediate on league reconstruction. This move has surprised a lot of people, who thought reconstruction was now dead in the water. It has surprised even more people that the SPL actually has a rule book.

Theres all sorts of rumours in cyberspace concerning the whereabouts of Sevco owner/operator Charles Green. Some say he is in Dubai on gardening leave, some say he is in Monaco in secret talks with secretive people, and some say he is dead and buried in Killarney.

Wherever he is , he won’t want to look at how his shares are doing this morning. They have continued to plummet all week, and show no signs of slowing down. In the big picture, it doesn’t mean a great deal, but the rumours of a cease and desist order while AIM establish who owns the company, how they got it, and how the fuck Mccoist is still manager refuse to go away.

It could be a great weekend on a number of fronts…

However it turns out, the next edition of the diary should have the word “champions ” in it somewhere. 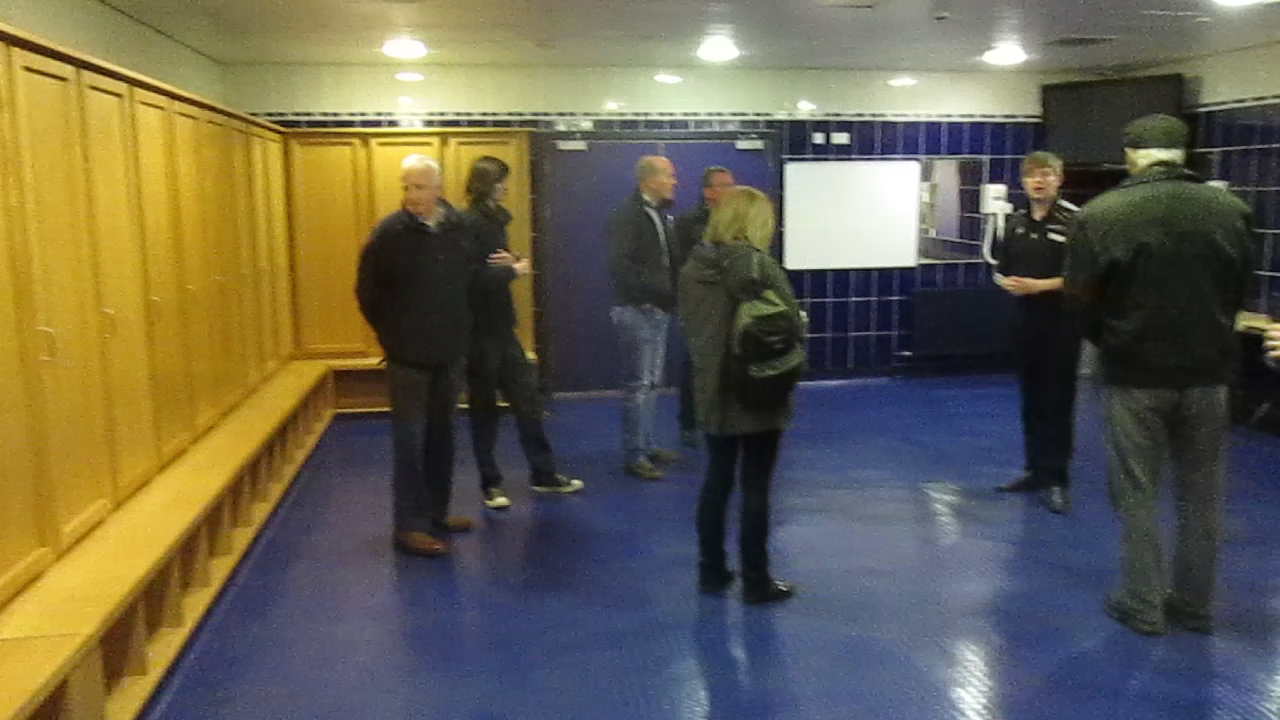 Oh, alright , a big picture quiz. Where is this, and whats the story about a Celtic Goalkeeper and this room?

Of the four mentioned yesterday , Jack Charlton is the only one to receive a testimonial gainst Celtic and never to have been England captain.

This weekend, after news that Craig Whyte is going to sell the movie and book rights to his time at Ibrox, what should the film be called, and who should be in it?

Wherever you watch the game this weekend, mind your language!

hun flew over the cuckoos nest

Marty Feldman obviously has to play our hero Craigy Bhoy

Is that a picture of the toilets in Glasgow Central?

Dunno but surely big Boaby Duvall should be involved in it, given his track record for producing thought-provoking, heart-wrenching, mindf*ck movies based around the universe that is Scottish football.

We could have the guy who played Gollum (still in his full outfit) to play Chuckles Green. Shirley Crabtree to play supersally and one of those daft keyring things with the googly eyes to play our hero Whytey. Surely Mr Gilmour must be written into this story too as well, a part surely written for Slimer from ghostbusters.

This film will have to be released with a XXXXXXX certificate though as the scenes of ugliness make the recent Evil Dead remake look like Cbeebies.

Craig (Snow) White and the Hunsman ?

(Gone to the) Wall Street

Hunfight at the Ibrox Corral

The Whyte knight returns played by Craig Wayne or armageddon staring Bruce Willis as alley mccoist cause there’s no shortage of people who like to fire him an asteroid.

May I also ask everybody who hears foul language at the next match to report it to the sfa ?.
And get every manager and player who doesnt represent the hoops a three match I for one will because im just a bitter wee fenian wae nothin better tae dae ma time !

A really well presented summary of all things Scottish “footballshit” this week. I am so proud of your controlled language. It is worrying to think you might not be allowed your laptop if banished from the dungeon for three weeks. Were you suspended since last year too? I thought you were stretching your imagination on occasion but put it down to simple dysfunction. I had no idea you might be hanging about in the wrong company – like Neil Lennon 🙂 I hope you are not a Northern Ireland, Catholic, Celtic supporter. ‘Cause if you are, you deserve all you get – see!!

I do not know the answer to the room but I think I remember having a piss there after a cup final. And that wuman was texting the polis then too – asking for a kettle to pee in, no doubt.

Return of the Jedi , all the film would be shot in the Star Wars cafe where all the orcs would fit in perfectly. Marty Feldman , craigy bhoy ,the ugly woman from still game could play Sally mccoist , John Cleese could play bomber,talking of bombers douglas badder would be minty moonbeams , Ronald villier fae chewing the fat could be Durrant .
May they rest in peace and provide all their support to the new super Asia store soon to open in Govan
Hail hail

Monday is far too far away and besides it is a “blue” day. So

CONGRATULATIONS AND BEST WISHES TO ALL AT CELTIC PARK AND IN THE CELTIC FAMILY FOR ANOTHER TITLE WIN. WE’RE ON THE ROAD AGAIN…..

with nothing to stop us for at least a couple of decades unless Aberdeen find a billionaire investor. There will be one on the loose, I hear, come May.

Not a single hiccup with the comment either – it’s not just a good day, it’s a great day!