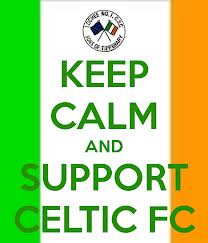 Scotland joined San Marino and Andorra as the only three European countries out of the World Cup. Which says it all really.

So, trying to be optimistic, with the corrupt old Rangers regime out of the way, there is a chance for club football to move on, and with the resultant opportunities for European football for some clubs who aren’t used to it, Scots based players can develop and perhaps we can see the benefits in the future and domestically over the next couple of years.

Young on loan centre back Lewis Toshney scored, along with Tony Watt, for the u-21s in their 3-0 win over Luxembourg, and hopes to have caught Celtic manager Neil Lennons eye;

“…hopefully I have been impressing him…the fact I’ve been doing well for Scotland u21s can only help me.”

The boy clearly has heart, and as a self confessed Celtic fan may well get the extension he’s been looking for. He’s done okay with Dundee, and may yet prove that the policy of lending them out and bringing them back better players works.

And no, I’ve never met the lad, but he isn’t any worse than one or two of our current centre backs.

Theres a row brewing over at UEFA headquarters. The official body didn’t set up the NextGen series, which has been quite successful, and they want an official European u19 league to run alongside the Champions league, which means that theoretically, Celtic could have two teams involved at that level next season. This one could get a little dirty, as UEFA want their way, as usual, and several teams have already commited to the NextGen.

Still, we could always send the u17s. Or a fringe team. Although expensive, the long term returns should outweigh that, with the likes of Tony Watt and Dylan McGeouch having already benefitted.

Celtic have asked fans to form a big huddle at the top of Ben Nevis to raise money for the 1254125 fund. It takes place on June 15, and they want everyone to meet at the top at 1pm, for a big huddle. All they ask is a pledge to raise £125, and that you set off in plenty of time to allow you to make the deadline. Fitness levels, says the official site, need to be taken into consideration, which means I’ll need to start out on Friday.

Nice to see the club dealing with real issues that affect people who go to the game and pay their money into the somewhat larger Celtic fund.

The official statement regarding police collusion and all the other issues being raked up in the current fans civil war has been published on freelance journalist Phil MacGhiollabhans site, which is to say, a little strange. Phil did sterling work in exposing the corporate fraud over at now defunct Rangers, but a club “spokesman”

Surely some mistake, as Private Eye would say.

The problem here is that supporters are beginning to fall out with each other, which as anyone knows weakens their potential hand. The police do overreact at Celtic Park. The club do hand over personal details, though they claim only when it is to detect a crime, and the stewards are over enthusiastic.

Hiding behind an unofficial website with another bland statement is not going to put minds at rest. The board must come out and face fans and clarify the issues.

What we do not need are supporters, supporters groups and media glossing over a situation which is of inestimable importance to you, me and every other supporter who sits in the ground in all weathers. you know, those of us who have to put up with the police and stewards.

None of us want major change, all we ask is to be able to go along to the game in relative peace, cheer and sing, and not have to worry whether we are being filmed, our phones hacked, or our doors about to be kicked in.

Even Billy McBiggot, the Larkhall loon has raised concerns about police oppression on his recent trip to Annan. He reckons he was being filmed getting off the train, which suggests its not a Celtic only problem…

I liked the reply to yesterdays diary from Bondibrian, who upon purchasing a ticket for the Australia -Oman game, was warned he’d be in the “active section”, and may be required to join in.

Thats the way forward. Scrap season books and just let people sit where they want-or restrict books to three stands, and let those who fancy a day at the football sit in the other one. Or a couple of lower tiers.

Football, thankfully, returns this weekend, with Paisley the destination-it seems like ages since we played them, and hopefully one of the two wins required to clinch a second succesive title. Neil Lennon will wait to see who is available, and then pick his favourites anyway.

Radio Clydes phone in show got hijacked last night by a sensible caller who left Fraser Wishart lost for a reply. Challenging the  players chief on the newco/oldco/deadco issue He asked him if it was the same club, as Wishart has said repeatedly, why did he argue for the release of players such as Naismith, MacGregor etc, if they were moving to the same club? And there was only the strangulated sound of gurgling from the “expert panel”

http://www.clyde1.com/on-air/superscoreboard/listen-again/ theres the link, it might work this time. Its a great call. Or you can find it on you tube.

Which reminds me, thanks to Run Sammy Run for putting up yesterdays link, he said not hinting at requiring any help today in any way whatsoever..

Over at the deathstar, rookie coach Ian Durrant has yet again demonstrated his managerial skills by slating the young players in his charge, who he reckons have to learn how to handle the pressure of playing in front of the demanding Rangers support.

Of course, Francisco Sandaza can publicly say he wants out, and Lee McCulloch can try to cheat his way through games, and Ian Black is constantly showing petulance and disrespect to refs, but lets blame those poor sods who have been flitted in and out of the team to allow the overpaid pedestrians languishing in the lower leagues effectively enjoying a highly paid holiday.

And long may it continue.

Celtics record European win is the 9-0 thrashing of KPV Kokkola back in 1970, and today its time for one of those odd one outs again…

Jo Venglos, Lou Macari, John Barnes, Kenny Dalglish. Remember, I’m looking for one specific reason as to who is the odd one out, and why?

Lou Macari…he was the only one who thought Brian O’Neil could ever score a winner at Ibrox!

Kenny as he won a trophy while managing the club

Macari was not in charge of the team that day at Ibrox, that was Frank Connor. However Macari decided he was doing all the post match interviews to try and claim the credit

Jo Venglos: he is the only one to manage a team at the World Cup, whereas the other three all featured as players at the tournament.

Macari was the only one who went to the bookies lol

Kenny Dalglish. He was the only manager to do a TV interview in the Bairds.

John Barnes as he was the only one born in Jamaica

Kenny D he was not appointed full time coach / manager he took over when JB got sacked, he also won a trophy while being caretaker manager. HH

Dr Jo Venglos, ‘cos he spoke the best English of the 4.

Was Dr Jo the only manager to have completed a full season?

Jo Venglos – the only one to make a decent signing.

That wasn’t the police filming Billy McBiggot getting off the train in Annan, that was David Attenborough for Wildlife on One.

And in my role as link bitch, here you go

Lou Macari – he’s the only one with 4 different vowels in his name……the rest only have three!! I’ll get my coat……

John Barnes because he never managed a Celtic team.

on a differant subject for a minute…re my post yesterday abot being in the “active area” on the web page it was more of an encouragment than a “warning” but then again mibbie Ive been in Australia too long and lost some of ma cynicism.