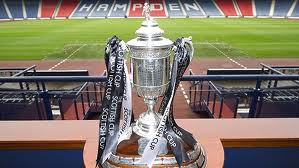 James Forrest and Fraser Forster are back in the squad for tomorrows cup clash at Raith rovers, which will bring a sigh of relief to most of us, but Georgios samaras has a small tear in his hamstring and emilio Izzaguerre won’t make it either. tom Rogic has his work permit but the game has come a little early for him, and he won’t play.

However, all Neil lennon wanted to do was talk about how happy he was that all the main players were still with him after the transfer window. Especially Gary Hooper. Well, actually, Gary Hooper.

“I am delighted we kept all our main players, ” he said  ” We have added Tom Rogic, Rami Gershon, and hopefully Viktor-we are just waiting on the paperwork coming through-so it has been a decent window for us. Ther was another bid in yesterday (for Hooper) again, an improved offer,. I am not going to go into figures but it was substantial. we made our position clear and we stuck to that.

I knew what was happening so it wasn’t nervy for me. It might have been for supporters but there was a lot of rubbish and speculation being bandied about, a lot of nonsense, but I suppose that comes with the fun of it all.”

Aye, cheers. you could have told us, to save watching that awful Sky sports deadline day show. Still , we wouldn’t have believed him anyway, but you feel sorry for those who spent the day at the Celtic Park car park.

On the injuries to Samaras and Izzaguerre, he said;

“They had scans yesterday so we are hoping that they will both be fit for Juventus. Its a small tear for Georgiosbut we are going to be aggressive with his rehabilitation and our medical people, I wouldn’t say they were confident, but they think he has a chance of making juventus and we are hoping emilio should be okay.”

Aggressive rehab? Is that where you hit the wound with a stick and shout at it to get better?

Another manager delighted with the window was Third Division Ally Mccoist, who was “delighted that we didn’t have any business”, largely because no-one wants his players. In fact, even he doesn’t want them as he is always harping on about not being able to replace them.

The Sevco side, travelling north today for only their third game against top class opposition, have set the world record for fans attending a boycotted match, with 344 tickets sold to their fans. 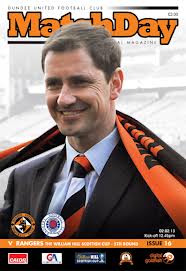 This is the real one, not this one.

Which had welcome to the Rangers blazed across it, for their first ever meeting. The link didn’t work.

And certainly not the one which has Craig whyte on the front for his “tribute day”, as funny as they both are.

Aah, the banter. That game is on sky today, and we wish new Tannadice boss Jackie MacNamara all the best. I’m sure one or two of us will have a passing interest in the game. Jackie had a fine career with Celtic , and will be remembered fondly for a few great moments. He lived the dream, and got to do what many of us could only dream of. 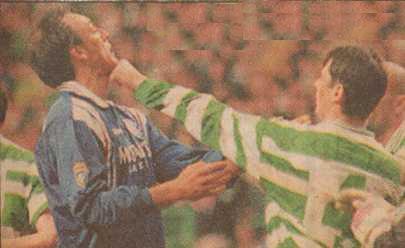 Couple of things from the Scotsman newspaper worth mentioning, Glenn Gibbons criticising former Celts in the media for their criticisms of their old club, he says their “Impartiality ” veers into “unfairness”, whilst compares it with Hateley and Derek Johnstne, who he says have been called “laughable” and had their positions within the media as neutrals “brought into question.

One other thing from that paper-on Newsnow the top story was about Charles Green losing a £6m contract, but it disappeared very quickly. Why ?

John Hartson was the man who famously wore a condom on his head for a Christmas night out, and not any of the Innuendo XI mentioned by our team of comedy writers yesterday. Although you couldn’t help but chuckle.

Now, a former Celtic coach, in pre Celtic career, once kicked a ball into a wooden panel with his right foot, and then with his left,splitting the panel,  to demonstrate to a German audience how inadequate local players were. He had to do this because his command of the German language was making them laugh.

It was Neils favourite pundit Murdo

I have been away on business the last few days, wife business that is, so not even a coffee break to log on. I enjoyed the article on Guillem Balague. I love the relationship with Barca people. As long as they don’t get too upset at us beating them all the time.

It is now Sunday of course and we all know how the Tannadice practice match went. The big surprise was how poor Dundee Utd. reserves actually are. I remember they used to have a good youth policy, now an evil mix of old men and wee boys. Great too how these teams always choose blue for a second strip. It did not help their cause, mind, when referee Norris mistook Dundee Utd, for a fourth division outfit and reduced the reserves to 9 …are any of them men? One seemed to have severe arthritic problems with his hands on the way off. Not that the Beeb are wont to highlight a man’s afflictions. Or did the technician simply put the lens cover on too quickly again. It was good to hear BBC’s no 1 drivel dispenser get heartburn trying to digest the result while Owen Coyle cogitated about why he had not heeded the warning not to appear with children and animals. Here he was right next to both, childish and monkey-brained. The bi-twat seemed lost for words without the chance to condemn the Parkhead demons. He can use his couple of hours today to make up for it, no doubt.

The quiz certainly fits Murdo. He had a powerful shot but most times missed the proverbial barn door. Something tells me it was not him though. I know he played in Deutchland but never heard of him driving buses.

Time for the BIG MATCH! Hear we go.

I have waited and waited but I am still bemused. Have the scorelines over the weekend been too much for you? Please tell me the diary has not been abandoned and you are simply on a sabbatical?

If the quiz is still on, I am afraid your hint regarding the pre, pre-Murdo coach has me baffled. Then, that presumably is what quizes are about for people like me.

Haste ye back with the diary, please.

Sorry to hear about your affliction, the temporary one, I mean. I have had my share too so know what you are going through. Get well soon and get back to cheering me up. I only have coffee in the mornings at the moment/ I miss a good read with it.