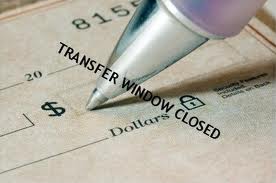 The transfer window has gently closed , with the minimum of fuss, and deadline day , as usual , consisted of Harry Redknapp  driving slowly with his window down looking for reporters, and Jim white of SSN desperately trying to sell as many Celtic players as possible.

All that really happened was a couple of players you never heard of joined a couple of clubs you didn’t care about for sums of money you wouldn’t believe.

Except Gary Hooper, despite Norwich upping their bid by a couple of quid every hour or so. Until word went round that they had offered £9.2m around ten o’clock, prompting Neil Lennon to reach for his phone and tweet;

“Contrary to reports there have been no fresh bids for Gary, and even if there are , they will be rejected. He is NOT (sic) for sale.”

Presumably he stopped Lawwell from making another joke about teams from another planet in another galaxy. Hooper himself popped round to Kris commons house for tea, and the rest of us were kept amused by his partners tweets about locking hooper in the toilet and so on. In fact, there were all sorts of shennannigans to keep him in check… 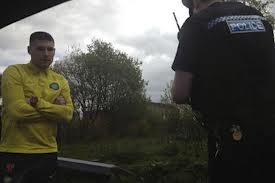 All of  which reduced Jim White to tears, and had more than a few of us punching the air with relief. So, we are not actually a selling club after all. More good news followed when a loan move for Irish international Kevin Doyle was refused by his club Wolves, and a goalkeeper arrived from Trelleborg, Viktor Noring, to provide the extra cover needed.

What started as a window where a couple of top players could have left, has finished with the team intact and everyone raring to go for the second half of the season.

Lennon praised the board for backing him and resisting the offers that did come in;

“I think we made our stance pretty clear. I don’t think a lot of people believed us, but we want to keep this team together for the foreseeable future. Gary is a huge part of that, and I’m very grateful to the board for standing by our decision on that.”

And they all lived happily ever after…

Four Celts, Forrest, Brown, Commons and Mulgrew are in Gordon Strachans Scotland squad for the Estonia friendly next week at Pittodrie, and Neil Lennon has said he trusts Strachan to look after them, and can use them as he sees fit. Strachan has said he won’t risk injury to them prior to the upcoming Champions league games, and Neil said

“you put the phone down first, ” and Strachan said

“No you put the phone down first.”

And they all lived happily ever after….

Scottish Cup this weekend, and Celtic travel to Raith Rovers in BBC Scotlands live game on Sunday. Its another chance for fans  to salute Turnbull Hutton, the man who should be at the head of Scottish football after his stance for integrity when Rangers went under. For the players its a chance to get closer to another Hampden visit to remove what the press are now calling a hoodoo before it gets any sillier.

Speaking of the scandal surrounding the demise of former rivals Rangers, the investigation into the dual contract scam concluded yesterday, and the decision will be announced in “due course”, which will give the police time to find safe houses and new identities for the three man panel. If they are found guilty, there will be outrage from supporters of both the old club and the new one, whilst other supporters will be helpless with mirth.

No-one from the new club commented yesterday, which is surprising, especially as it wasn’t like they were on the phone all day concluding player deals, like normal clubs were. This exclusive pic of Murray Park yesterday tells its own story.. 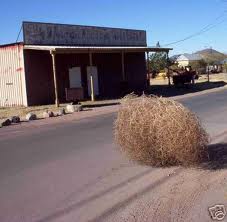 One move that did catch the eye yesterday was Jack buckland, the England squad goalkeeper who moved to Stoke from birmingham, and then went back to Birmingham on loan after visiting Stoke, and meeting the fans and players. Buckland has turned down moves to chelsea and Arsenal in the past, and whilst a skilled professional, it seems one skill he lacks is decision making.

At £5m though, it makes you wonder what Fraser Forster is worth.

The hack who back in 2003 begged for the dream not to end was , astonishingly, none other than James Traynor, writing in the Daily Record. Where did it all go wrong for him?

Today, from around the same period, who turned up for the Celtic players christmas fancy dress do with a condom on his head?

I’ll get my coat

Some dick I would imagine?

Magnus (give me) Hedman

Right, that’s it, I’m going to the pub….where’s my poetic comment gone??

FFS lads! Lets get serious on this one.

Its “Carry On E-Tims”. Nothing like good innuendo jokes and these aint them

I believe it was Tommy Johnson.