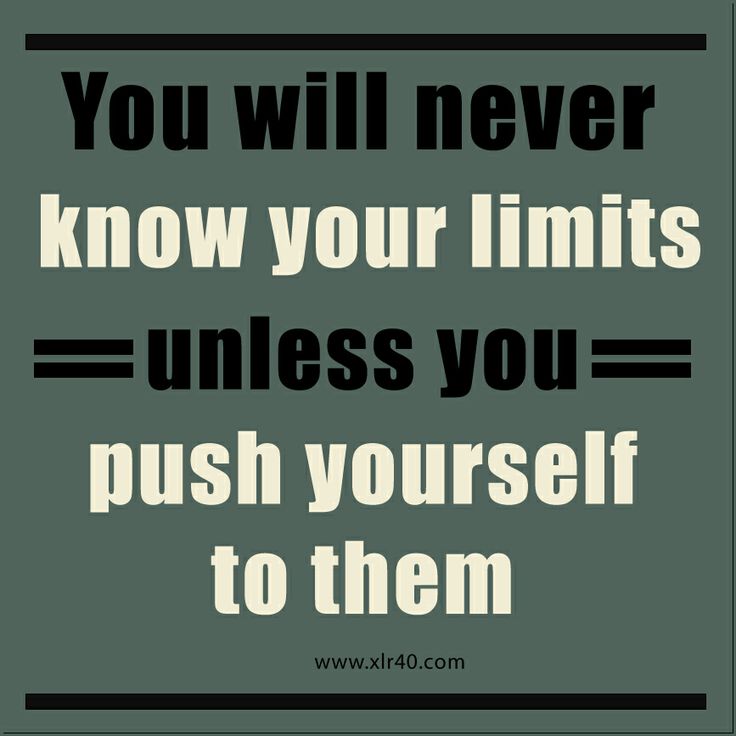 There’s a fairly reasonable argument that the relatively poor domestic form of Celtic is down to the hunger the players have for the sterner test of the Champions League. Since the manager has repeatedly said he wants to put his charges to test against the best there is, it may be that having already proved they are the best in Scotland, usually rising to the occasion when needed, that their focus has shifted somewhat.

It may also explain why the team seems a little less composed, sometimes snatching at chances, for instance, that they would have taken with confidence in SPFL games.

Celtic face RB Leipzig tomorrow night, and a victory or draw, however unlikely or likely that seems, will set them up for two home games , which if  maximum points are secured, and Real Madrid continue their winning ways, will secure a place in the knockout stages.

Of course, that’s much easier said than done, but in the two previous games, Celtic have shown that they are not far away from making an impact at this level, although perhaps it could also be argued that the players aren’t aware of this.

One aspect of playing in Europe, however, is that the referees tend to be of a higher quality, usually well versed in the rules, and crucially, their job didn’t depend on what school they went to.

Espen Eskas, a 34 year old from Norway is making his Champions League debut, leading some commentators to suggest he is a “rookie ref “.

What they neglect to add is that he will have earned his place on merit, and being handed a UCL group game is something not a single Scottish referee has achieved this season so far….john Beaton had a qualifier between Vikingur Reykjavik and Malmo, and Willie Collum got a qualifier between Pyunik and Red Star Belgrade.

Another bonus for the hoops is that Espak, we believe, has never had a pint in the Crown Bar, Bellshill.

Cameron Carter Vickers should return for the game, but Liel Abada looks set to miss out as it’s the Jewish festival of Yom Kippur from nightfall tonight until after nightfall tomorrow. The festival is referred to as the Day of Atonement, where followers reflect on the past twelve months and seek to right any mistakes they have made, whilst at the same time vowing not to repeat them in the next year.

Some will fast, some will attend synagogues and pray, but very few will attend work, and as a result, Abada is unlikely to feature.

The Saxon city of Leipzig is home to the German National library, and also has one of the best zoos in europe, for anyone currently over there at a loss to fill in the time before kick off, and composer Johann Sebastian Bach lived and worked in the city.

I’ve no idea where his house is, and it’s probably not worth trying to find it, as he won’t be in, having died in 1750.

The Glasgow side have struggled a little bit so far at this level , as is to be expected for so young a club, and have been on the wrong end of a couple of sound thrashings, but they’ll learn and might even score a goal or two before the campaign ends to give them something to remember.

Liverpool is known as the Serengeti of the North, due to the recent discovery of ancient footprints in the are, which show that dangerous wild animals once roamed the area.. and it’s nice to see visiting supporters try to blend in….

I was in that bar, Coyote Ugly, just last Saturday and not only is the behaviour of the supporters strange, it’s also odd that they aren’t inside watching the young ladies who dance on the bar in the style of those in the movie of the same name.

Running around outside making aeroplane noises when there are attractive girls dancing is , well, if I had told my wife i’d done it while i was there she probably wouldn’t let me out again.

At least not until I’d consulted a therapist.

As usual, the presence of this particular support in a city that isn’t Glasgow for a couple of days has put the local police and businessmen on alert.

Near to Coyote Ugly are a couple of Irish bars, and if the visitors manage to straighten their bacls and get their knuckles off the ground, a glance upwards will reveal a plethora of Irish tricolours,

Or would have done….. the police have advised them to take them down.

There’s also a memorial to An Ghorta Mhor nearby….I’ve used the Gaelic so if any of those dopey feckers read this they won;t know what I’m on about, but if they are bored whilst in town there’s always this…..

DOCTOR WHO WORLDS OF WONDER

This thrilling interactive exhibition exploring the world of science within the universe of Doctor Who has been extended.

The more adventurous bears can hire a tardis for a couple of hours and pop back in time to see their old club in action.

Yesterday, we had this, which was another shocking example of the over priced fare available at Celtic Park on matchdays…. 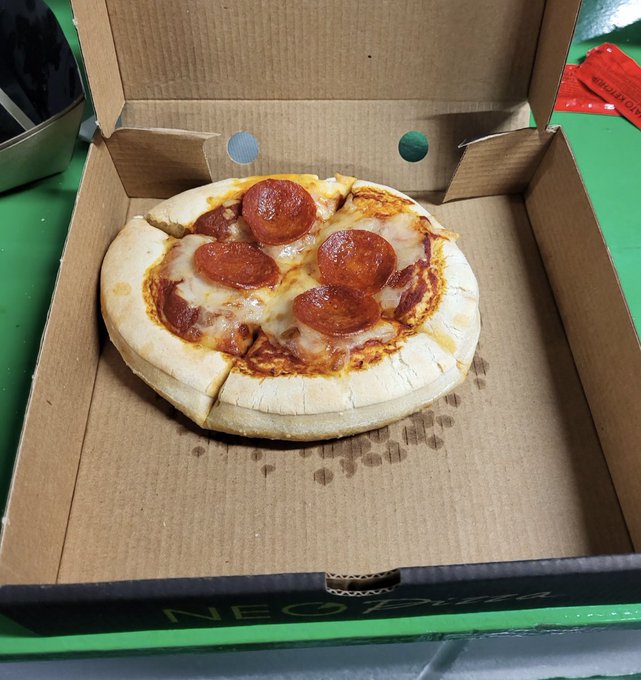 which was correctly identified by Carl Bigginslater ….

Thank God ! someone found the button that fell off my jacket on Saturday 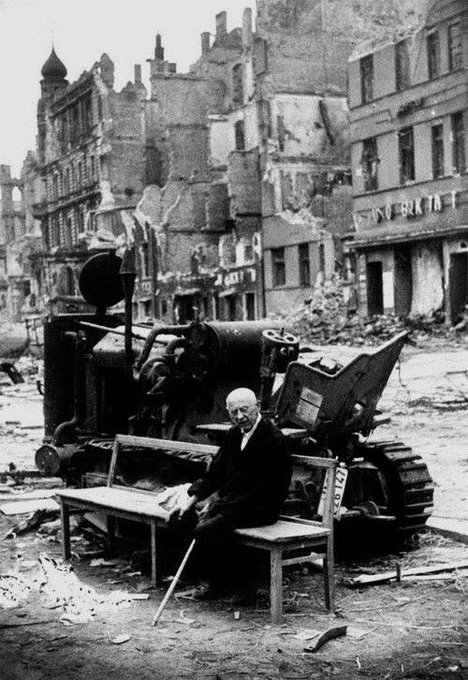 Even a blind man can see that ‘levelling up’ really was a load of bollocks.

These bumps in the road are getting worse. Where Rod Stewart shen you need him?

Caption – Really? I thought the Liverpool game was at Ibrox this week, I took my seat?

Caption: “what was the score last night mate?”

Assuming the new huns’ fans get bombed out their heads prior to being bombed out of Europe, later on they can take solace and a bed for the night in the Liverpool landmark, the Bombed Out church. As any attempts by them at getting ‘fixed up’ will end when they are ‘bombed out’, it’ll be the closest that shower of scum come to a ‘quadruple’ in their sad, stinking lives which leads me nicely into the Caption: Bombed Out!

Caption: well the TV broke and……you get the rest

Caption
Truss has been Prime Minister for eight weeks, ‘things can only get better’ she rants from her bunker

The UCL is where. Elric should be, Ange will learn and improve the team. RB are not a bad team, so will be a hard game

Caption: Knew I should have had that curry last night.

Caption: I’ve a better chance of getting off the bench than Morelos.

its ok, a Guy called craig White who has wealth off the radar is coming to the rescue

I disagree that players heads are elsewhere or attitude to league matches has changed.

Since beating Sevco we’re without our first choice centre halfs and the defence is now nervous because of that which spreads through the team from those at the back as the playing out isn’t as composed.

For the past 2 games CCV has been out, clearly he has a great partnership with Starfelt based on GA but he can play with any of the other 2 and without him Joe Hart doesn’t seem as confident.

We were piss poor against St Mirren regardless what excuses we try to think of. On that day we were flat and St Mirren were hungrier, we could have played a week and probably not scored.

Saturday past, we didn’t start too badly but were culpable in front of goal too often. From the 50th minute a lot of our support were a nightmare, booing a misplaced pass or just getting on players backs and really need to relax. Saturday was only the 1st October and we started the match 2nd in table which I’m sure affected some peoples nerves. However, the performance wasnt worthy of that reaction and surely after last season we should believe a little and give the players support.

We can go into issues with the men in the middle but on Saturday we got the points, it wasn’t a swashbuckling win like we’ve seen but it’s a win.

The players will improve, of that I’ve no doubt but tomorrow will be tough and we’ll need to be disciplined and concentrate for the 90 minutes.

9
The Cha
Reply to  Gunnsterm

I agree it’s neither fair nor reasonable to suggest our domestic form has been affected by the Euro campaign. 😉

If that was the case then we wouldn’t have posted our best home performance immediately before Real, scoring twice as many goals as any other game, albeit against poor opposition.

I don’t think we need to reprise the Hun playbook from last season when they “lost” the league due to their Euro exploits, despite the fact we gained 12 points more when we were both involved and lost 2 when it was simply them!

CCV looked a big miss against St Mirren and, to a lesser extent, on Saturday as well.

Starfelt has hardly played this season, which includes early on when we were flying. Having said that, this tended to mask a tendency for poor defensive play, which went largely unpunished.

What Euro has exposed is our lack of a ruthless streak (so far) that has cost us points, whereas domestically against Aberdeen, Rossco, Hearts and Motherwell, we left it late to kill off games; a luxury not afforded us in Europe.

2
The Cha
Reply to  Gunnsterm

Without our first choice cb’s our replacement cb’s haven’t settled into the same confidence shown by our first choice partnership . We have a major problem here in that a number of our so called “fans” ridicule & abuse Welsh which is bound to reduce his confidence & make it harder for Celtic to win. When Celtic suffered injuries & had star players not interested in playing two seasons ago , Lennon who had won over 20 trophies with us became a drunken loser in some peoples eyes . The lack of support & negativity around club exaggerated the problem & team disintegrated

-1
The Cha
Reply to  Damian Smyth

Lennon was a drunken loser in his last season, presiding over grotesque spectacles like Dubai and blowing 10iar, Treble, League and Scottish Cups.

It was obvious to any thinking person that his cheap appointment, after the modernising standards of Rodgers, was always going to end in disaster.

Unfortunately, our wretched, lazy ex-CEO knew he could rely on enough pliant fans, who would never complain, no matter how bad it got.

Winning trophies as a player should have no bearing on being supported as a manager and when it does then you’re not going to be the best you possibly can be and that’s the only thing we should be striving for.

Manchester. The day after the uefa 2008 Cup final

Caption: Merseyside Chief Constable, “Well I don’t think we will see anything as bad as Manchester after the 2008 UEFA cup final”

Sevconians, “Is that a tricolour?”

Manchester – I remember it well. The TV broke and well, you know what that’s code for. RIOT

Caption “We survived the Huns 80 years ago; how bad can this lot be?”

Caption
Liverpool street with Irish pub after visit of Sevco.

Caption …
London 2023 , the collapse of the Tories complete , city in ruins , the king sits outside Buckingham palace thinking ” mummy told me to truss no one , I feel a right Charlie “

Caption,Wee Chic Young follows The Rangers fans down to Liverpool