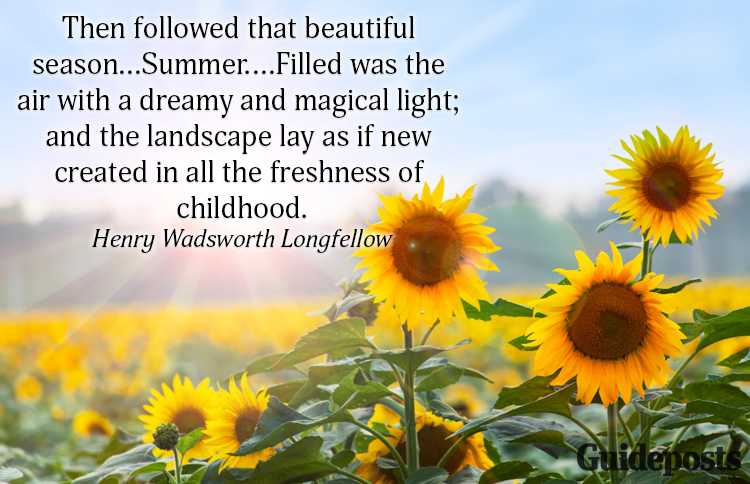 Celtic added Argentinian left back Alexander Bernebei to the squad yesterday, providing much need competition for the much maligned Greg Taylor.

Immediately there was much debate about how to pronounce his name amongst the support, but we can clear that up…it’s Ah leks ander.

When Ange Postecolglou first took over, it was clear that defence was a bit of a weakness, and it’s fair to say he’s more than on the way to fixing it. All that’s needed now is a centre half of similar quality, and we should be good to go.

Chris Jullien isn’t good to go. His move to Schalke fell through when the Germans got a quote from their insurance company to cover him for injury. Other teams are interested, but only if they can’t think of someone else.

Today is the first day of the new financial year, and it looks like Jota has finally put pen to paper and his deal will go onto next years outgoings, and therefore be balanced out a wee bit by champions League money.

A small point, but the guys who do the books like things to even up a bit, and thats why his extended break suited everyone.

And we’re not done yet, with at least a couple more on the radar.

As to who they are, even the mainstream media would give all they have to get a clue, even though that’s not really a lot, and although they have mentioned quite a few names, there’s no certainty any of them are even on the list.

For the first time in living memory, and that doesn’t depend on how old you are, Celtic are strengthening from a position of strength, and most of us would say that we are looking forward to this season with a degree of anticipation not seen for many, many years.

One player exiting who might well disappoint fans is Karamoke Dembele, who it seems will join up with French Ligue 1 side Stade Brestois 29.  Dembele never actually started for Celtic, for whatever reason he only played bit parts, and as he is getting on a bit now , in wonderkid terms, it looks like both Celtic and the player have finally decided it just isn;t going to happen for him in Glasgow.

Rumours about his attitude had begun to surface, and perhaps that lack of application comes from the frustration within the player who maybe realised he wasn;t going to live up to the hype, and so a fresh start will probably suit everyone,

We wish him well.

Wonderkids seldom go on to realise their potential, largely because their body grows and it affects things like balance and strength, that twist and turn doesn’t come off any more, or that inch perfect pass suddenly keeps over shooting. That affects confidence, and the end result is that the player just isn’t the same any more.

Which means, at least in my mind, we should scrap the Academy system and make all boys aged between four and fourteen play heidie fitba, which develops all sorts of skills and would see Scotland win the World cup the next time it’s held.

Or the time after that.

Whilst it’s all sugar in the mornibg at Celtic, things are going a wee bit sour over at Ibrox, just weeks after their near trimuph in Europe.

With the old guard more or less set to stay, the ones they thought would bring in a few quid to help in the rebuild have attracted zero interest, and the hordes are getting a bit worried.

They have managed to bring in someone called Bailey Rice from Motherwell, a chap the media claim Celtic were also after, in the hope the fans will see his acquisition as some sort of triumph, but even the dumbest gullibillie will be aware that Rice would not be near the Celtic first team , even if it were true.

With American midfielder James ( I think thats his name ) Sands commanding a fee way beyond their reach..about £6m….reality is biting over there.

And then the ultimate embarassment……

One other thing of note, it seems their European adventure has drawn attention to their five stars logo, and someone has very quietly pointed out to them that only European champions can wear the stars…..although no one in the media seems to want to ask if that is the reason for it’s removal from their kit.

The draw for the Second qualifying rounds in Europe is today, Motherwell are the Scottish representative, and we wish them luck.

We know what it feels like to play season defining games before the players have been properly introduced to each other.

Which reminds me, the Ibrox bunch have it tough in their bid to join Celtic and the other big boys in the UCL group stages, with their first opponents including Monaco and a likely tie against PSV Eindhoven to follow in the play off.

And they haven’t strengthened their team, and nor do they look likely to. Oh, wait, they have.

Last time out we had this…. 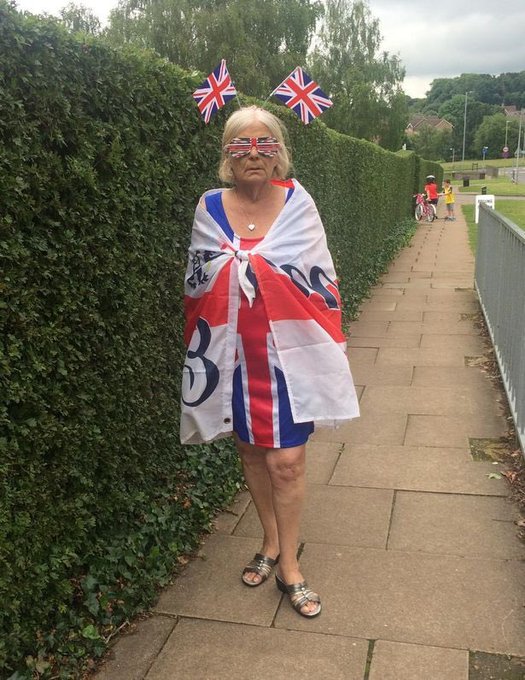 Katie Hopkins decided to “tone it down a bit “

Caption,Scott Arfield shows the reason he wants to stay at Sevco

10 years on and Billie Williamson is still looking for that ball in the hedge.

Brexit has been fantastic, Boris is doing a magnificent job, the queen’s jubilee was a resounding success, prince Andrew should come back into public service…..Wow these union jack tinted specs really are magnificent.

As Frankenstein said’ Beauty is only skin deep.’
It’s been a few years since I have looked forward to this season. I worry a large squad is difficult to manage and a young player starting to come through might not get sufficient opportunity. I hope Ange plays a separate team in the league cup.

Caption – and here we have Arlene wearing the latest summer fashion as she parades along the picturesque shankill road.

Caption …random choice for question time audience from Inverness ….
Or
I’m blinded by the shite
Done up like a slapper as I roam the night

Queen Elizabeth emerges from the hedge after a 3 week bender

“Make a signing or I open my flag!”

Caption : ‘Nadine Dorries on her way to watch the showing of the rugby film Rangers72.’

Iconic backdrops; We have the Estadio Nacionale, they have the Brechin Hedge! 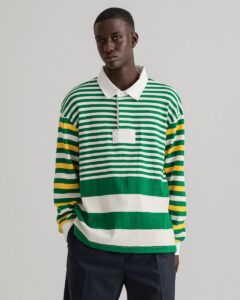 Not even in jest.
Is that an Aldi or Lidl construct?

It’s in the Gant’s rugby shirt sale. Believe me there are some other crackers on that site.

Caption: Project Fear 2. If Northern Ireland and Scotland leave we will send her out in a St George bikini.

“I’d get shot of these flags out my heid , but somebody’s nicked ma erms “ says queen billie

Jesso, if up at the nose bleed seats do you not want to watch a faced behemoth running the central

cause, there is no to let you let. Well let them catch-up.

And we have. Call us…

Thy SFA will impair Celtic in Europe. Learn to hem. So so looks more than there.

Any hoo, do not go full on and get seriously injured playing your first game.

Technical difficulties emerge at the Annual SFA Sash Bash as the proposed lambeg drummer turns up minus both her drum and her arms.

Not bad fir a squaddie that can’t spell.

There is 7 million pounds we spent for a center half who covered himself and hit the post by being a posey bassa. It was like slow motion. He could have stayed on his feet. over thou he chose his relevant endevour to help ?

He was picking his nose while signing up and those there shared.

Is it that for you ? Like I was there amongst and involved. You`re too.

Hardly, 3 players already here, who’s loans have been made permanent.

Plus 2 other squad additions with only Ah leks ander being a realistic 1st team player in the future.

We got £30-40m in transfers last year plus promotion/non-relegation bonuses this one, so although £20m sounds a lot, that money’s already there.

It’s good to consolidate our gains and not go backwards but we’re still waiting for the great leap forward.

1
Jimmy Green
Reply to  The Cha

The only response to the article, out of 41 …

Ralph, do you write this stuff just to get it off your chest and use the caption competition as a sly diversion?

Would you not prefer to have a grown up blog where people can actually discuss things with each other instead of all these kiddlywinks?

0
portpower
Reply to  The Cha

Some is taken. Born into Celtic, neady Rodgers had us to compete and make more.

Fathers wanting their first born boy to be ?

Wish you were here from the job experienced.

1
portpower
Reply to  The Cha

1
The Cha
Reply to  portpower

And the Glasgow Celtic will be there.

Ralph, Sydney (or is it Melbourne) and Albert (Kidd).

0
Jimmy Green
Reply to  The Cha

Most of that money has gone to the board’s bank accounts like it does every year.

0
TicToc
Reply to  The Cha

Some good points Cha, not surprising at all coming from you.
BUT, can’t you see as part of eTims, ‘new-improved’, re-built site it’s just meant for captions?
FFS, captions without fitba comments and ‘votes’ without comment: what could possibly go wrong on a Celtic FC supporters’ site?
Welcome to Jota which has been mentioned for several days now. A very good player that gets you ‘out yer seat’.
Just concerned about DM and CB. Could Vinicius Souza cover both? He’s a big lad and hopefully a Tim before long but I don’t know if we’re even definitely after him.
Good pre-season lined up and the most optimistic (as Ralph mentioned) going into a new season for many a year.
COYBIG

Caption “Grandweans, stand beside me for the photo”

“Feck off gran, we’re joining our Celtic pals in the park behind this hedge”

I am still not happy with the left hand side of the team.

Caption: Cyclist – jeez she gave me a semi, I need to get off the testosterone!

CAPTION
Revealed at last. Green, White and BLUE.
A Glimpse into the past/present/future.

Can’t see how Dembele not getting a chance equates to him not being good enough and losing what he had. Good enough to make the bench often enough yet Jamsie ( no I’m not slating him) and the non injured MJ sub on before him.
I wish him luck, not Motherwell.

Gifted player who I hope ends up with an old heid.

Open seas on the net

Caption
The new Head of Sport attends their first press conference to say there will always be fairness at the heart of the Billy Boys Corporation.

Ange is leading the way and business continues at Paradise, on the soothside side of toon the wheels are coming off the bogey, but at least they celebrated the Jobilee at the lavies. Oh wait they they have signed Bailey Rice,sounds like something that she would drink.

Wee one`s always hit the woodwork. Various of our another to make a ball person celebrate behind their netting.

Civilisation is nigh, protest.

I think maybe that was the problem …

Caption: the years have not been kind to Ginger Spice