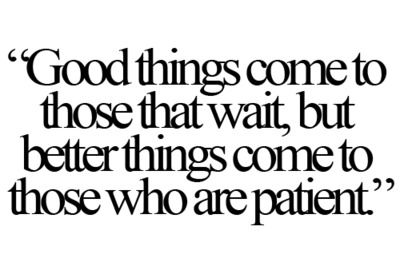 We’re in a kind of limbo just now.

The league being pretty much done and dusted as soon as the final whistle went on Sunday, That was a game they had to win, they didn;t, and so the media went into a kind of denial , backed by an Ibrox support who maintain they may not have won but they should have.

It kind of spoiled their weekend, whilst I’ve only just recovered from mine.

Although mathematically it’s still possible for Celtic to to outdo last seasons collapse it’s fairly unlikely, so let’s just get it over with and look forward to next season.

We might as well, because that seems to be what the club are doing.

That might come back and bite us, but although this team are fairly inexperienced when it comes to securing titles, there were enough, shall we call them “dark arts ” , being practised on Sunday.

When Kyogo Fuhruhashi clipped John Lundstram, that was a message that he can look after himself and wasn’t going to be a victim.

The team is becoming streetwise, and with that comes a little bit of professionalism.

The game management might have us watching from behind the sofa, but as they get more practice it’ll become more evident that we’re learning how not to lose matches when it matters, as well as win them when we need to.

When Celtic failed to get far enough in front in the first half, they just settled into killing the game. No point in going for three points when one would do.

That did mean john Beaton could influence things a bit more, as the referees do when it’s close, but yet again a disciplined defence gave no reason for him to award the customary penalty.

A problem, it seems, that has gone away with a bit of work on it.

Hearts are next up on Saturday, and a win over the side whose manager once thought the two clubs would be battling it out for second place will be equally satisfying, and it will mean a worse case scenario of being six ahead with two to play.

Yeah, it seems to be taking a while to get the job done, but every single one of us would have taken this scenario at the start of the season.

There is a bit of a hullaballoo over the appointment of Mark Lawwell as head of scouting and recruitment.

Mainly because he;s called Lawwell on the one hand, and because he joins a couple of Strachan kids and at least one young Desmond on the clubs payroll.

From the outside, it looks a little like jobs for the boys, but it’s worth noting that Lawwell spent ten years at the City Group, and wouldn’t have if he didn’t know his stuff.

It’s no secret that Celtic used him in the past, hence the large number of Manchester City loannees, and there is more than a suspicion that he spotted Ange Postecoglou and recommended him when Eddie Howe became Eddie Who and finally Eddie What was the point of even asking him ?

What it shows beyond question has escaped most of the commentators, both mainstream and social media wise, is that Celtic are getting ready for Season 2, which is usually better than Season 1, as the characters are more established, the plot is more defined and new characters usually can slip into the narrative a lot easier……

Season 2 will include a UCL group stage campaign, and with that comes a huge boost to the budget.

There’s been a lot of talk over how much it will be worth to the club, and figures vary wildly, especially if they’re being spoken between gritted teeth, but around £20m from TV money, and about the same again from ticket sales, merchandise,  sponsorship and result based bonuses won’t be far from the final total.

That might explain the pain from over the river, which has so far prompted stories of elderly and disabled fans being attacked at Celtic Park after the game, and bottles thrown at wives and girlfriends of players, although the two groups might actually be the same set of people.

The Ibrox side might still get into the UCL. if they can win the Europa League, and there is an outside chance of that.

There’s also an outside chance that if I put a goldfish bowl over my head NASA will let me borrow the space shuttle if I promise to clean it before I bring it back.

They have lost a sponsor, Sportmonge , who took their inspiration from the original club and went out of business, and there’s still the Cinch issue to be dealt with, as you can be certain that the league sponsors , despite having unprecedented publicity, will argue they didn’t  get what they paid for, and with Ashley, Hummel and Elite ready to take their bit, things don;t look so good over there these days.

Don’t be surprised if tonights game, where they are looking to overturn a 1-0 deficit , without Beaton or Madden, who are ineligble for Europe, turns into a bit of an embarassment.

In fact, their behaviour this season off the pitch has seen them fined already, and so they might even , given their somewhat less than humble attitude to defeat , face stand closure or even a ban.

Whereas Celtic are just quietly getting ready for Season 2, and already getting some of the stars of the show in place.

Portuguese winger Jota is apparently now discussing his contract, which can only be good news.

The media have noticed how quickly Ange moves when he wants a player, and so we already have them guessing who he’s looking at.

Incredibly, they all seem to have forgotten he kept talking about Iranian players, and as he hasn;t reminded them, that means, to me, anyway, there’s at least one on the radar.

Cameron Carter Vickers , if he fancies it, has a home here, and he can thrive under the manager, which would allow him his big money move should he want it, although in a year or two.

And let’s be honest, the UCL is a big selling point, and group stage participation means we won;t have to wait until we qualify before pitching the quality players, and so the manager will have answers from those he want when he wants them.

It’s looking a lot better from our point of view, and maybe we should just be patient and watch the show.

Coming in less than a year ago with a demotivated squad and a media especially the mouth voice of all that is wrong with the UK, the Billy Boys Corporation sticking it to Celtic and raving about their celebrations, Ange has done a fantastic job. As you say the dark forces have done everything to allow the survival of the menschen and turn a blind eye to their bile and hatred,
At times they have ground out victories where previous teams stuttered, he appears to be planning for the future season.
As for the bottle throwing etc, more whitabootery from the Crumbledome to justify the masses, but the real issue with the club is the suits and DD that does not look after the interests of the club and the fans, ban them from all future matches and if journos print garbage, remind them that they can be cut off.

Not fair Ralph, agreed with everything you said. Peter Lawwell like Neil Lennon stayed too long, they contributed a huge amount, if only … hindsight eh. Mark Lawwell should be judged on what he does not who his Dad is. Strachan seems an asset this season. This could be a brilliant few days for us.

“When Celtic failed to get far enough in front in the first half, they just settled into killing the game.”

If that was us killing the game then its easy to see why we struggle in Europe.

The Huns hit the woodwork 2/3 times and Hart had 2/3 excellent saves.

If that’s the Champs League we’ll be the ones getting killed, if we play like that.

The problem with the Lawwell jr “signing” is it just smacks of the board’s usual reliance on a small gene pool with no knowledge of the great big football world out there.

It also doesn’t diminish the feeling that we’re an unofficial low level City Group club, which promised much but delivered little.

He may turn out to be a success but yet again it seems like our whole footballing future is invested in Ange and if he goes we’re up the creek without a paddle.

Caption “Haven’t seen you in a while”

Mmm nepotism. Doesn’t work. Well for Billy Mason Plasterer and Sons possibly. For us? Kelly and Whytes all over again.

Happy for the counter argument?

4 seasons? They’ve been in the spl and get to a European final,tell Lawwell Junior to thank his dad for us,CUNT!!

Let’s see what happens when they lose the Final in Seville and then trash the place. There wouldn’t be a better example of the difference between us and them. The mayor of Seville said he had been worried about all the Celtic fans who were there with and without tickets, and when we lost the Final his worries increased thinking the fans would cause a riot. Instead they behaved in true Celtic sporting fashion and the mayor was quoted as saying they’d be welcome back anytime.
He’s gonna need the National Guard if lose…and maybe even if they win.