Although it’s now looking likely that Celtic will regain their title of Scottish champions after a brief interlude, it’s still not certain.

The manager , fortunately, is from outside the Scottish football world which, in the eyes of the media at least, revolves around the two Glasgow clubs, and won;t accept that the job is done until it’s actually done, and with only a smattering of first team players having survived his cull, then it won’t be a lackadaisical performance from the hoops this weekend.

But after the ups and downs and excitement of this campaign, i think we could do with some steady performances that bring in the points, and we can leave the excitement for the cup matches.

With Bobby Madden being handed the chance to save his club/company’s season by officiating in the semi final, the extra man in blue could yet make a difference.

But we’ll worry about that when the time comes.

This weekend complete concentration and focus is needed to put a bit more pressure on the fragile mentality at Ibrox by going nine in front, and putting them in a pressure pot at Paisley against St Mirren, where anything less than a win would loosen their grip on their trophy even further.

It looks like Kyogo Fuhruhashi will make an appearance at some point, giving Georgios Giakoumakis a bit of a rest, and let’s face it, the big Greek has earned it.

He picked up the player of the month award for March yesterday, and chise the occasion to hit back at Ryan Jack, who had declared his comments on Celtic being better than the other teams as disrespectful….

“I didn’t make these comments to make anyone angry or feel disrespected by me. I said what I was believing for my team.

“I believe this time we played better as a team, that’s the only thing I said but I can say also now that we played very good football and I believe in my team.

“Every single footballer can say his team is the best. I don’t think this is bad.

Jack had sworn to use those comments to motivate himself against Celtic last week, and they may well have worked. as the midfielder lasted nearly an hour before being retired by his manager.

Giakoumakis continued, emphasising that nothing has been won yet…

“We need to win every single game – that’s our target.

“The target of the team is not just to win the league – it’s to win every single battle from now on until the end.

“This is our job – to focus on the next game – no matter what the last game we played was and how the big the win was.

There will be no stumbling over molehills at the top of the mountain with this guy around.

After the start we had to the season, where some performances were exhilarating and others, well, disappointing, it’s maybe a little bit surreal to think that we’re on the brink of a fifth treble in six years.

In fact, i was contemplating this in a bar last night, and I had to ask the guy next to me to pinch me.

He hit me and called a constable, but the point stands.

We do need to be on our toes, though, as staunch BBC man Scott Mullen said ahead of the Europa quarter final..apaprently it’s still plausible that “rangers “can win a couple of domestic trophies

Elsewhere, and the piss poor Sky sports Scotland look set to sell the game short again up here by not taking up their option to broadcast their full allocation of 48 games.

They’ve got thirteen left to go, and at this stage of the season, they look unlikely to use those slots.

Of the thirty five games shown, more than half have featured “rangers “, with Celtic only appearing 13 times.

That’s a ridiculous weighting to the two clubs, and even more ridiculous when you consider that the ibrox side lead the way as Sky chooses games that will entertain.

I’ve long since ditched them, choosing not to give them my money so they can give it to English clubs to buy our best players, and maybe it’s time for the authorities to consider either another broadcast partner, or set up a channel of their own.

The channel is selling us short, they don’t promote the game, and they make little attempt to even get the basics right, often getting clubs names wrong, and featuring pictures of players no longer at the club to promote a clubs game.

I’m not even sure they know that Dundee has two football clubs,

Just the fact that the contract once included four Glasgow derbies when technically that couldn;t be guaranteed shows what they are after, and on that basis alone I’d be talking to BT sport, who did a far better job for our game.

It’s not always about money, it’s about what you get as well as the money.

In the interests of equality, i’m delighted to announce a woman has won it this week, a tremedous step forward in their quest to be recognised as equals, and undoubtedly a landmark decision as the country moves towards mutual respect between the sexes.

As the Evening Times reports….

THE Chase presenter Bradley Walsh was stunned when a Scottish contestant incorrectly answered a major question about Celtic Football Club.

Margo, 53, was in the middle of her cash-builder round and had already potted £2,000 when Bradley asked the question, the Scottish Sun reports.

He asked her what was the first British team to win the European Cup in 1967.

As the timer sounded, Bradley was completely shocked by the mistake, gazing around the studio in disbelief before revealing the correct answer.

He told her: “Glasgow’s Celtic!”

“I’m not a football fan, see that’s the thing.”

Ah, she is a supporter of another club /company

She did well there, because there was strong competition from this guy…

Irish Loyalist
@Irish_Unionist2
Reminder The best manager in Scottish, British and maybe world history was a Rangers player
He means Alex Ferguson, who was indeed a Rangers player, right up until he married a catholic.
Caption competition time, and we go back a bit for the last one…
https://twitter.com/i/status/1510603224100835330
I won.
It’s perfectly clear, we’re struggling to cope with the movemant and pace of Celtic, so perhaps an adjustment is needed tactically, as we seem to be overly dependent on long balls, a methid which is as outdated as it is effective.

See, you all thought it was just another thick orc talking shite….you’re all prejudiced and need to take a good look at yourselves. 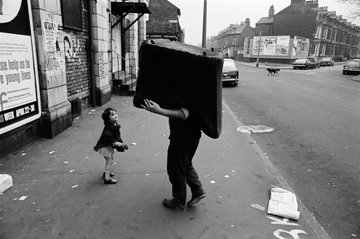 Capion – Daddy, mummy needs to sit and recover after the derby. Please use a paper bag instead around Govan. Getting hooked after 60 mins. after Giorgos run ye ragged is no so bad, he plays for a better side! HH!

Caption: The bottle thrower decides to take his seat with him after being told not to come back for being found on cctv at Ibrox.

Must be the chaitman

Caption- Gio has a go at another armchair Sevco fan for berating his tactics.

Hey Alfredo, you still pretending you are injured! You can come out now the match is over.

…..and Bankier shows all his qualities to be the Chairman.

Caption – Da, yu’ll no find any money there, maws already got and has gone te Bairds bar!

New Police Scotland tactics as they step up the hunt for the Ibrox bottle thrower.

Caption – Wee Gio thanks big Ange for helping him with his heavy parcel.

Half Man Half Big Suite

‘rangers’ supporter prepares his hiding place for next Sunday.

Still not a word from the spineless Celtic board about the horrendous events of Sunday.

It’s almost as if they’re to blame for it …

Seems the Huns were fighting each other in the stands after their second defeat in a row last night.

Anyone think UEFA will punish them or will Dallas Sr. intervene yet again on their behalf?

Caption: Ya daft hun- see when I said ‘take a seat…’

Caption,Arron Ramsey has to hide his face everytime he goes home to Wales as even the weans slag him for playing for The Rangers

Caption …look da I know your tired ,so if you put the chair doon you can push it and carry me …

Oh wait da I can sit in the chair …

Caption too …
Welcome to Aintree , next up is the grand national , they will be missing out one fence…

Caption: Ryan Jack doesn’t quite understand the role of a sitting midfielder!

Hey Mr, are you frae the Orion Nebula?

Incredible scenes at Celtic Park today as none other than majority shareholder Dermot Desmond makes a video for the fans!

Some within the club were rejoicing at the sight of ‘the great man’, while others were in hiding lest he seen them.

Desmond’s last known sighting at Celtic Park was when he was seen being hugged by Jeremy Frimpong in some League Cup celebration with Damien Duff looking on bemusedly in wondrous awe.

See below for more details!

BJ couldn’t find a fridge to hide in on his visit to Glasgow.

Everybody knows daleks are round.

What does lallygag mean? But it has a second meaning, less common but still found today, meaning to flirt, neck, snog, or otherwise engage in lovemaking.

Who amongst our players are necking? Fair enough after stuffing the Huns but not before.

What Scott Mullen said was that it was “more than plausible” that the Huns will win the double.

What does that mean? likely? highly likely?

I’m pretty sure its not a synonym for ‘snowball in hell’, which the bookies think their chances are.

Caption
Is that what your owed from the Crumbledome Mr Madhun?

Have won a few Bob this week on the Rankers defeats, more on the way