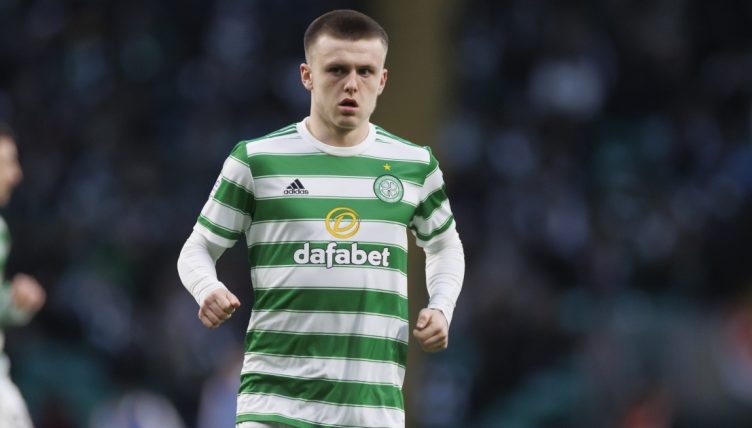 A Guest contribution from Wispy

I Listened to the most recent pod. The loss of Doak may be a sore one, who knows. What struck me was the speculation as to what motivated the move to Liverpool, and the automatic assumption that the main motivation on the part of the player(and more to the point, his advisers) would be money.

“Probably sort out his family for life”

This all jarred with a post I’d seen on Twitter earlier on in the week where the same stuff was being posted and one individual said that Liverpool won’t pay players that age more than 40k per annum. The guy was very specific so I did some digging about.

Players like Doak can sign their first professional contract at 16 in Scotland. Players in England cannot. They are subject to what is called the scholarship system and cannot sign a full contract until the age of 18. The poster was right in that Doak will get 40k for his first year and it rises to 45k in the second year. The scholarship system applies to all clubs in England. Liverpool are rigid in their adherence to the fixed rates of pay.

Celtic could and would have paid the boy considerably more than this during the same period. So the idea that the boy has been badly advised because the agent is promising him shedloads of filthy lucre is wrong. I’m not his agent(It’s Jackie McNamara).

Long term if he develops into a player will he earn more at Liverpool? Of course.

The biggest problem we have, and it’s the main reason that we’ve lost quite a few players at this stage of their development, is the playing environment. Guys this age are playing in the Lowland league at best. In England they’re playing against other development teams at a really high standard and also under 23 teams. The quality of competitive football up here for guys like Doak just doesn’t exist.

It’s the reason why he was given first team minutes recently, to show him that there was the prospect of regular football at that level.

There’s historically also been a difficulty in that the first team at Celtic really isn’t the place to develop as a player. We all love to see home-grown players like KT and McGregor make the grade but the reality is the fans demand success, and would not tolerate a situation where we used a lot of academy players in the hope of them becoming the finished article all at once, whilst not winning the league for three or four seasons (as has happened at Ajax). The fans just wouldn’t wear that.

The club are actively trying to show young players that they have a pathway into first team football with us, but recent experience seems to show players are deciding that the environment in England is far more conducive to the prospect of forging a career at the highest level.

Good analysis, sad but true. The reality of bring a smaller country, league set up I guess.

I couldn’t give one fack about Doak, if you won’t commit yourself to Celtic, then fack off!

Its a two way street. If boy doesnt see a pathway there then he cant sit about wondering What if for rest of his life. We have seen boys leave now for Leeds and Bayern..arguably harder teams to get games for so they must be seeing something to make them want to move, and it may not be money as Wispy points out.

As Ange has made quite clear from day one, He will not stand in a player’s way if they want to leave and he only wants player’s that want to play for Celtic…

If he doesn’t want to be at Celtic I’ve one thing to say to him…..Goodbye.

Was the U18 league not scrapped because a certain club / company could not afford to run a team in that age group?

It’s all about money playing for a top 6 team in the EPL academy and that’s fine be honest very few will make it at their club . It does however allows your club to make up any losses by sending you out on loan or selling you on to a championship or smaller teams in europe.
What we have to do is get back to signing players on contracts like Jim mac leans dundee utd mutch critised in the 80s its only way to protect the clubs investment.Players and their agents won’t like it but tough

Signing young boys on 10 year contracts was the downfall of McLean. That and punching reporters.

I believe agents look after their own interests rather than that of the player they are supposed to be representing.

Calls himself a lifelong Celtic supporter kisses the badge. Then turns his back on the club if he was a true Celtic supporter he would want a Celtic career first then move on and still be loved like teirney and the club would be compensated it makes you wonder if he actually supported Celtic big write up in the paper about how much he loves the club utter b. S mate

The set up is all wrong at Celtic via the youth players, I’ve said it for years that Lennoxtown isn’t producing enough first team ready players. Now whether that’s because the players aren’t good enough or the lack of a reserve league in Scotland anymore is open to debate. In my opinion the club are happy to buy prospects but not willing to play them or can’t play them as they’re not deemed good enough. I know bringing in any player never mind a young player is a gamble but we should be doing so much better with regards to these boys because whatever you say we’re failing them. If you look back to the 60’s and 70’s we had a conveyor belt full of talent and nobody will convince me that there’s not still the same talent out there. I know money in the game now can turn heads but not everyone at the club will be in it for the money some will want the chance to develop at a massive club like Celtic. I’ve watched a few B team games this season and Bosun Lawal is a phenomenal talent and should be being bled into the team soon. I mean this boy is only 18 or 19 and he’s an absolute powerhouse and he’s a player. I’d hate to lose this boy as in my opinion he’s a future Celtic captain in the making, he’s been out for three months but he’s back for the Glasgow derby at the weekend at Ibrox. He mostly plays centre back but I think he’s better as a holding midfielder but no matter where he plays he’s a presence and his passing is exceptional. If he doesn’t find a way into the first team then there’s no hope for any of the B team player’s. Ben Summers is another young player I’ve got high hopes for the same with Rocco Vata and there’s a couple of others I could name. My main point is we keep buying players and maybe these boys are disillusioned with big money buys coming in in their position and can’t see a way through and decide to move on. I know Ange has implemented a system that gives them a pathway but I’m not sure if it’ll work. If our systems not right then these boys will look elsewhere Aaron Hickey being a prime example on our books twice and never made it to the first team and he’s now being touted as a big money move from Bologna to the EPL.

It has ever been thus we released Robertson for being too wee when the midgets at Barca were running riot. Listened to a WGS podcast on youth development and as I understand that’s what we have him on a contract to do. If I had a boy with talent I’m not convinced the Celtic academy would be my first choice they seem to chew up and spit out kids in droves.

Listened to the pod too (good work as always!). My thoughts are that Dembele is probably the example he was looking at. Here’s a guy who turned down offers left, right and centre when he was 16. Was sold on a pathway to the first team under Rodgers with a club that was modernising…..next thing Rodgers leaves and is replaced with a guy who takes a very different view (being kind) and that pathway doesn’t hold true. Now he’s at a crossroads; the contract he signed when 16 is up, hasn’t made the breakthrough because of manager change, system change and injury and is 3 years down the line looking like he’s got at least a further 2 years before he’s ready for 1st team football.
In a similar position you look at the club that’s going to give you the best training to work on your core footballing attributes and the one with a proven track record of bringing through young players into the first team (either via loans to Championship level clubs or 1st team opportunities)….then you look at money. In both of the first two you go with Liverpool because the they have a fantastic record since Klopp came in whereas Celtic just don’t.
Now, with Ange in charge that might change but you’d want evidence of that pathway before you signed-up and I just think we’re too early in the regime change to be able to give that to young players. Hopefully with Lawal and Murray we can get them into the first team sooner rather than later and convince the great talent we’re obviously producing that Celtic is where they can reach their full potential

Liverpool have a front 3 of Salah, Mane and Luiz. Their second string front 3 is Jota, Firmino and Minamino. All 6 are incoming transfers of top class internationals. Players like Doak have a snowball’s chance in hell of breaking into a team like this.

We need to differentiate the Lennon/Lawwell complacency that led to several promising young players leave as they saw no pathway to the first team.

This has changed since their departures with a plan put in place for players to show this pathway but this takes time to bear fruit and this seems to have come too late to convince Doak.

Rumours were swirling late last year, so a couple of token first team appearances wasn’t likely to change his mind.

Kieran Devlin over on The Athletic has done several articles regarding this new approach, some referenced in the latest article:

0
The Cha
Reply to  The Cha