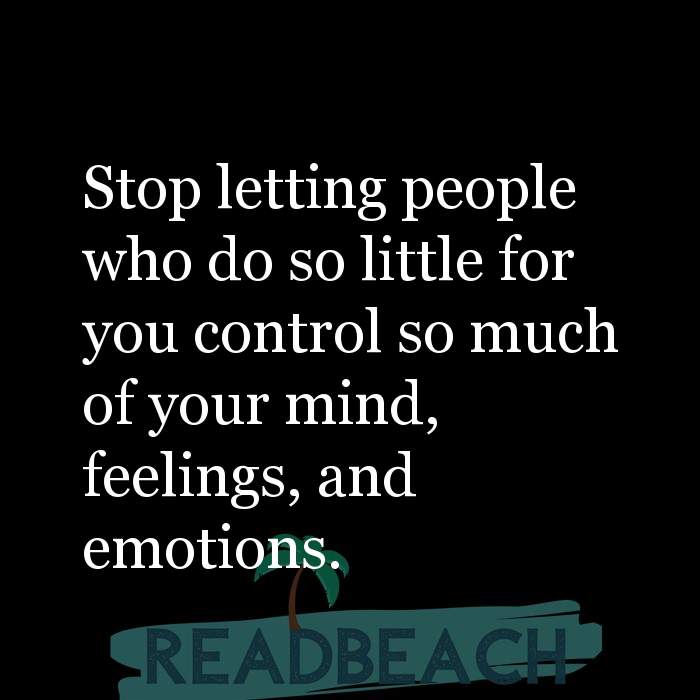 There’s a disturbing campaign right now centred entirely on Kyogo Fuhruhashi, largely because he’s a formidable striker and scares those who see a strong Rangers as a necessary part of the Scottish football industry.

Mark Guidi, who is the chief football writer at the Sunday Mail, a title akin to being sprint champion at a retirement home, seems to particularly have an obsession with him,

…on diving, Kyogo has not covered himself in glory. But it’s not exclusive to Kyogo.

“It happens in Scottish football. And what I’d say is, as I’ve said this many times on another station, for me, I’d love to see the PFA take the initiative, set an agenda on their own,  and say, ‘We do not condone diving you are cheating your fellow members‘.

“We give referees stick for getting decisions wrong and rightly so. Sometimes referees are being conned.  It’s not necessary. But it’s not exclusive to Kyogo. It happens in the game. And it needs to be stamped out.”

First he throws the name in, accusing the player effectively of cheating, and then twice says it’s not exclusive to Kyogo.

He doesn;t mention anyone else, however, and there’s a reason for that.

This tactic is specifically designed to affect the player on the field. Kyogo os no cheat, and is loving life in Glasgow. He’s been warmly welcomed by his own supporters, and most genuine football fans can see ange has brought dsome real talent into a game which is devoid of personalities. #

If you don’t count fat whingy Colombians, that is.

Kyogo is, by all accounts, a nice guy.

But if someone were to put the idea that people think he’s a cheat into his head, then he may decide to stay on his feet the next time he’s slapped, kicked or has his skin twisted by one of the hammer throwers who steal a living from our game by optimistically putting “footballer ” on their CVs.

And if he stays on his feet when fouled, contrary to all advice given to all forwards by all managers and coaches, he might not get that penalty.

Ange won’t comment on it, rightly so, as it brings attention to the matter, and thats just what they want.

Simply put, by saying Kyogo isn;t the only cheat in Scottish football, Guidi is calling him a cheat.

Actually, I’ve changed my mind. Ange should grab him by the throat and tell him to say sorry, directly to Kyogo, and in Japanese as well.

Otherwise, he and his paper should be refused access to press conferences.

Isn’t there a press conference today ?

All of which reflects badly on our board yet again, as an employee, a valuable and respected employee, has his name dragged through the mud.

Guidi isn’t the only one having a go.

When a Celtic fan threw a bottle at Barrie Mackay of Hearts, he was arrested and will be charged. Thats kind of what happens when you act like an arsehole, and no one has any sympathy for him.

However, Leslie Deans, who used to be the chairman of Hearts, isn’t happy with that. 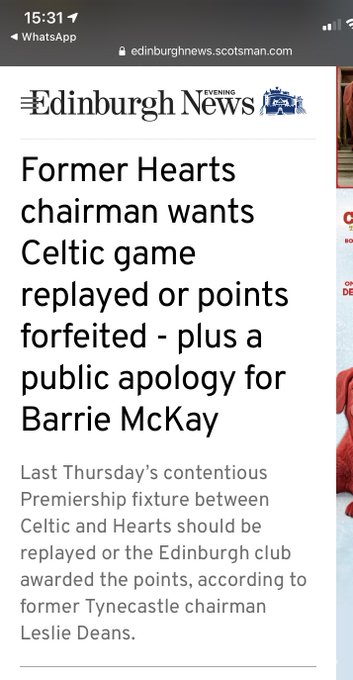 He also wants the North Stand ripped up and relocated to Tynecastle, forty percent of all income generated by Celtic merchandising and for people not to google him….

MONEY-LAUNDERING charges against a former Hearts chairman have been dropped due to insufficient evidence.

Solicitor Leslie Deans, who runs his own estate agency, was one of seven people reported in connection with a fraud inquiry in 2013.

Police passed a file with their findings to the procurator fiscal.

But after three years, the Crown Office have decided there will be no criminal prosecution.

Deans declined to comment on the case being dropped.

He also declined to comment on the attack on Neil Lennon at Tynecastle, either at the time or since.

But clearly a single bottle throwing incident merits his thoughts, which are much more important to him than charges of money laundering being dropped or serious assault at the home of the club he sold his shares in to , er, Vladmir Romanov, who nearly did a Murray on them.

Elsehwere, and there’s good news for “rangers ” fans who can now go to Lyon, as the French interior minister has decided to reverse the travel ban, after waiting long enough for the hirdes to cancel their flights and get a partial refund.

No doubt he’ll change his mind again in the morning…

It’s believed there has been a discussion between the interior minister and the chief of police who reckons it will save a lot of money on riot police training as they will have a ready made scenario to practice with.

Yesterday we had this…. 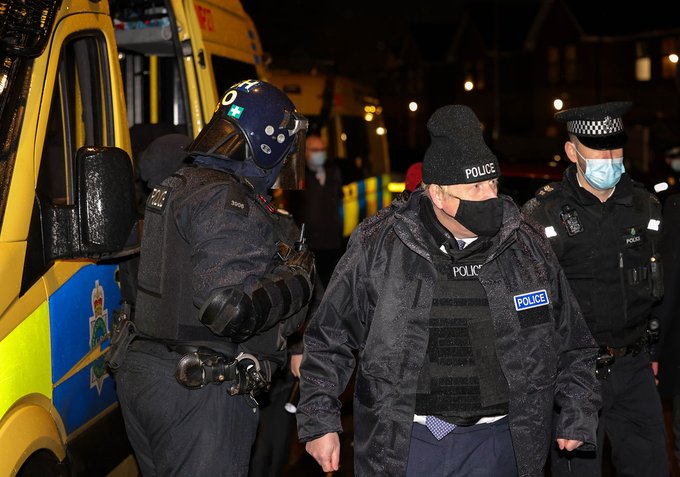 New Celtic Security chief revealed by the board 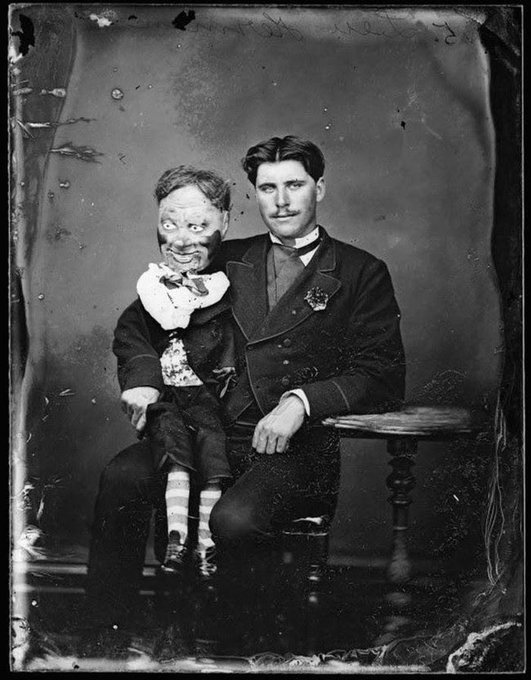 We see what you did there, god bless John Francis Lennon.

Caption: ” A single pound coin gets you the lot Craig “

Well, lads, yer algorithm wouldn’t let my first two through, harmless as they are, so yez asked fir it 🙂

Fair enough , Desi, but you any idea why it won’t let us write entirely innocent words like
‘Im mortal’ or ‘Strin gs’ though?

Van Bratwurst gets fitted for his new Ipox suit and asks the tailor is that a sausage in yer pocket or are you just pleased to see me.

2
The Green Machine
Reply to  Cesar

Kyogo is a diver,is responsible for the Omicron variant and the party at Downing St last Christmas and probably this Christmas……love from all at the Guidi household.

I feel sorry for Goudi. (Actually, I am lying, I do not.) But after throwing a complete fit over Kyogo running rings around Scotlands lesser clubs for some four/five months now, what will happen when we have Four of Nippon’s finest on the same pitch doing same? He might just explode. Especially as, though I am not saying he is, in my opinion, to which I am entitles with no come-back, except for another toys out of pram rant from Goudi, it feels like a bit of anti-asian coming into this. Banzai! HH!

Caption: Paddy Roberts great-grandfather was a ventriloquist whose catchphrase was “would you prefer to be on loan, playing a bit part team in a b-team or sign for Celtic?”

Caption – One of the ‘Founding Fathers’, a ‘Gallant Pioneer’, gathered together all the football reporters of his day, to describe his vision of how a ‘True Ranger’ should look.

What shall Rebus say about Tom Rogic now?

Shall he or shan’t he, Be Rebus Barrabas Bejayzis!

I’m only pulling your leg, Rebus, don’t take it so serious, your opinions are and always have been appreciated.

A young Dermott Desmond practices for when he has his puppets on the Celtic board .

Guido and his ilk bum up the zombies, but at every opportunity bad mouth Celtic, to be honest better to ignore these testes.
Do not buy their papers, buy their license fee or engage. The club should get a set of cohones.

Caption:
‘A gottle o gear – ang who are gyou callig a fuckig gnombie?’

Seemingly it was a toss of a coin between madden and beaton at the lodge, in which to decide who will officiate the cup final..
beaton won..so we just need to make sure we don’t give him a chance to make an honest decision!

Couldn’t agree more and it gets worse with every ‘upgrade’. Lost posts or delayed so long nobody sees them – what’s the point? Complaints from various posters have been totally ignored – Celtic Boarditis at Etims Towers?

2
The Green Machine
Reply to  R.St.Parsley

Aye, it’s way beyond the ridiculous now and all we get is either chastised or ignored for asking what’s happening, as we can see above.

Caption “I’m not real, look horrible and have someone’s hand up my arse but I still speak more sense than Guidi. PS Gilly Goys are Fat Orange Gastards”

“has his skin twisted by one of the hammer throwers”

Disclaimer – we reserve the right to change our mind about this particular hammer thrower if we sign him in January.

0
Salad queen
Reply to  The Cha

Correct, could get him for a tenth of his value in January or free in the summe.

Hun SMSM handed their derrière by Ange over the Kyoto ‘diving, cheating’ campaign.
He called them ‘brave warriors sitting in their studios etc’.
Extract from todays media event on James, Forrest’s or Joe McHugh sites.
Sounds as if he’s putting them on notice…

2
The Cha
Reply to  SFATHENADIROFCHIFTINESS

Not watched it yet but no doubt the meeja will spin it, “he lost his rag”, “we’re only reporting what people are saying” etc.

He’s got them rattled and long may it continue.

Bankier will be Beaton`s designated driver after the Cup Final.

Once bitten and twice shy
No more Shane Duffys
Or piss-ups in Dubai
Tell me Peter do you recognise me?
I’m just a Hoops fan
So it doesn’t surprise me

Last Christmas you wrapped the flag and sent it
To the Huns, saying ‘I love you’
You meant it
Now we know what fools we’ve been
But if you had the chance, you’d hire Lenny again

5
The Green Machine
Reply to  R.St.Parsley

Sevco will still get the league though as without those CL riches they are a goner.

Fabulous Arsene just fabulous! Oh I do hope you have all these ditties safely stored my talented friend, as we have often discussed, these need to collated & shared someday! ❤ Hope you are well my lovely friend (and the rest of the gang too!)
Mind you have a sinking feeling that GM may be right the tramps from Ibrox need this title (&money) to survive so all of Scottish establishment will be on notice to help them achieve this! 🙁
Much love C x

0
The Green Machine
Reply to  Christina

Cheers, Christina, I’m surprised that anyone could even disagree with my point as almost every Tim I know is expecting them to be handed the league again, especially after the MIB’s clear cheating and media onslaught of the past few weeks.

Like you Christina just a flying visit these days.
To much of the macho Rebels of yesteryear and COVID denying tin foil hat brigade on here.
Plus comments have been taken hostage by an even more virulent genetically modified virus.
Pity as Ralph’s output has become a bit more regular, better and more confrontational with regards to the Tory Board at Paradise and the stench of corruption that is strangling the game in Scotland.
Would contribute more but any post, including this one probably, is seen as an invitation to have a discussion with the resident Jonah, the font of all wisdom, in his own mind that is,. Where’s a decent whale when you need one.
Hope you’re doing well and the ménage à trois chez-toi isn’t doing your nut in too much during lockdown. It looks as if it’s coming coming back for a repeat performance with a new genetic lineup. Much to the disbelief and umbrage of the résident naysayers.
Well tempest fugits as the saying goes.
Say high to Owen on your travels. We’re all a bit more nomadic these days, must have something to do with the physical restrictions we face daily.

Scottish pussies. Is it too cold to streak ?

Can a parent Club take back a loaned out player at any time ? Griffiths ?