Bertie Auld : More Than A Player 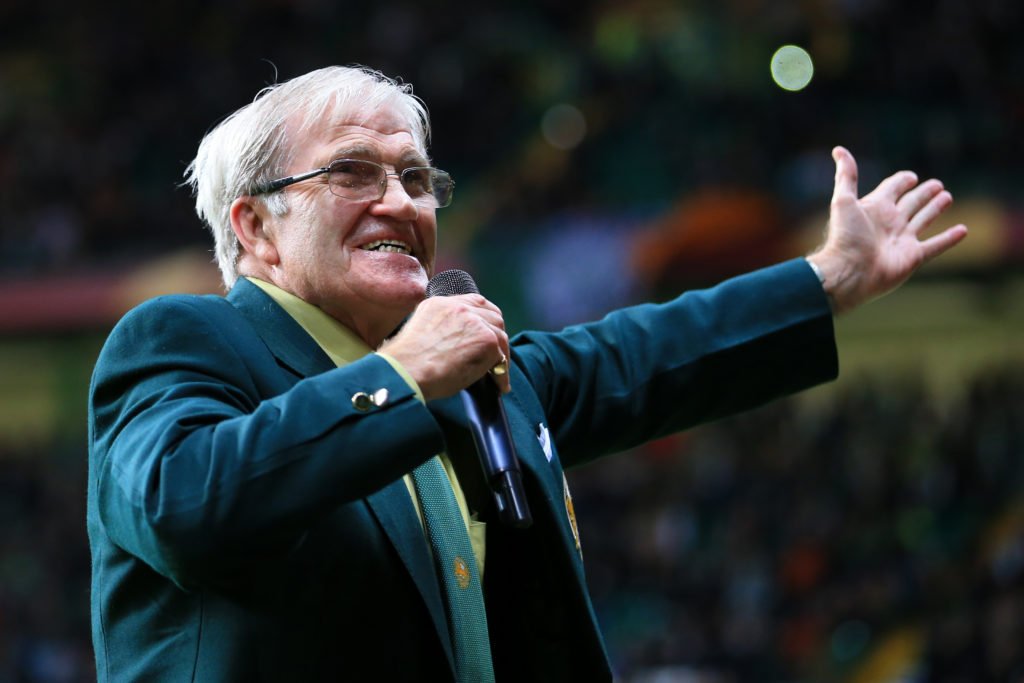 The legendary lions team had the fatherly eye in Ronnie Simpson, the heart and courage in Billy McNeill, the cunning and trickery of Jimmy johnstone and the energy and strength of Bobby Murdoch.

In Bertie Auld it had the supporter. The man plucked from the terraces who brought the streetwise fan who thought he knew it all onto the pitch. Thing is, though, Bertie did know it all.

He could play, he was years ahead of his time in the number ten role and had that extra wee bit of guile and the character to trust his instincts.

Auld probably wasn’t the best player in the world, but he thought he was, and that turned a great team into a magnficent team.

That was on the pitch, but it was off it where the man became a legend.

Over the last twenty five years or so, he was a regular at the games. not as a guest of the club behind a glass shield, but as a fan, wandering about the car park, or the club shop, an unofficial meet and greet that left nobody ignored, nobody feeling that he was unapproachable.

He became a sort of link to the past, and a link to the present. If you wanted to meet someone else, he’d help you find them.

His infectious grin and sharp sense of humour removed any sense of awe or discomfort you felt from being in the presence of one of your heroes.

He had that knack of making you feel at ease, and an aura of  friendliness that makes a mockery of modern day footballers and how they conduct themselves.

He was just another supporter, just like us, albeit he was a little bit better at football. Like when you end up in a bar somewhere and meet another Celtic fan, you’d have a blether, and thats how it was when you spoke to Bertie.

Unlike many other ex players of many clubs he listened to what you said, you were as much of interest to him as he was to you.

He had time to stop and talk, and he spoke as he played, with his heart.

If you asked him something and he didn’t know, he’d drag you along with him until he found someone who did.

Some footballers slip away into quiet obscurity.

Bertie would have to find someone who could explain to him what that meant.

He loved the club, he loved the supporters, and he thrived on our love and respect for him.

Players come and players go, the club remains the constant.

Yet Bertie Auld was more than a player, he was the living embodiment of the club, and when his body is laid to rest, his spirit will be heading straight back up the London Road.

He never left Celtic, Celtic never left him, and his spirit will be forever present whenever the team runs out onto the park.

Today our thoughts and prayers are with his family and friends.

Well said Ralph.
Im still shocked you never mentioned that time Bertie somehow got you buying half the Celtic Superstore one Saturday morning!

Couldn’t agree more.
Thank you for that.
He surely will be missed

Heartbreaking! Love always to you Bertie and to your family. There will never again be a dull moment in Heaven and your warmth on a cold Glasga’ day will shine from above to keep us togeather. YNWA! Lisbon Lion and a Great Man! HH!

A fine tribute for a true Celtic man. A man who always had time for the fans and was a bundle of laughter and joy.

I got hospitality for the cup final a few years ago, when I went into the corridor the man himself was hter, Mr Auld, excuse me Mr Auld, I cried, Mr Auld he replied , it’s Bertie, I asked for a photo he couldn’t be more accomodating, Mr Celtic, Legend, RIP

A total bitter sweet weekend. I attended the awesome Tommy Burns story on Saturday.
Brilliant performance by the actors and they brought the house down with the story about the Cherkee chief. So much laughter and tears, little did I know the same would happen with sad news of the passing of Bertie. He also had time for everybody for a blether or a joke or story.

Ralph great tribute. A guy that had sat beside me at CP over a couple of decades had his 95 th birthday. Danny Mc Grain and Bertie came along. My pal was a friend of Tony Queen’s and went right back with most of the Lions. Bertie was funny and kind and made a much older man happy. We were all Celtic supporters and loved his stories. “Statue for Auld, please.”

A few years ago I was fortunate to bump into Bertie in my local Morrisons. As we chatted, I kept reminding myself this guy is a legend, a Lisbon Lion who ran the show at home and abroad in hundreds of massive games. I asked him what it was like to play in front of huge crowds and specifically the game (European record attendance 136,000) v Leeds at Hampden in 1970, which I had attended as a wide eyed 9 year old.

He said, it was just a privilege to play in front of Celtic fans, full stop. What a legend, what a man.
RIP Bertie

Nice words… “ He wasn’t the best player in the world but he thought he was.”

Can still picture his winner against Bolton in 1961 from the railway end at St Andrews, won City the league cup the following year. I still have his 2 autograph’s – Happy days indeed. Naturally I became a Celtic aficionado when he returned to his rightful home, $15k what a steal. RIP.

Many things can be said about him, having met him over the years when he visited the neighbours in the Gorbals in the sixties for a bite to eat, to his skill and vision on the pitch, being able to slow a game down, To the man himself. Bertie was always a delight, even one night when he had a flat tyre it wasn’t a disaster. He was a glass full to the brim type of guy, he will be missed.
Paraders are with his family.

A fine tribute, Ralph, but there’s not enough words in the lexicon to cover what Bertie means to Celtic.

a superhero in a team full of legends.
Sleep tight Bertie, you’ll be so sorely missed.

If ever a player summed up Glasgow it must have been Bertie. Not the biggest, not the greatest but gallus enough to shrug both of them off and become known all over the world. I never got to see him play unfortunately but from all I’ve seen and heard he could play alright.
And yet how is it that for generations who never saw him play, how has he achieved legendary status. Every story re-told about Bertie just highlights how much the club meant to him. He was a winner and he wanted Celtic to win. Leading the team singsong in the tunnel before the final in Lisbon, Bertie knew what he was doing, the Italians were supremely confident and maybe a few of his team mates were unsure, don’t think you could ever say that about Bertie. That one song probably set the tone for what was to come. Genius.
Bertie was the never say die spirit of the team, and as a result of that he’ll never die in the hearts and minds of the fans. And the craic wasn’t too bad either.
The memory that sticks most in my mind about Bertie was when he was talking about the Lions who had passed away, clearly emotional he simply said “I miss them”. Unfortunately today Bertie we are missing you but say hello to the lads for us.

A wee story…I’m nearly 50 been going to games since the mid 80’s.
Never came from a celtic family,parents are from Pakistan so culture was different in our house..
Anyhow was going to CP for a game,a pal gave me corporate tickets..I was walking up by the old ticket office and a white car pulls up(possibly a punto)out steps out a wee guy..he looks up and shouts”awrite son, starts chatting away..I was in awe-Bertie Auld is talking to me..we walked through the glass doors and I could see people looking at us…honestly I felt like a superstar.
The reason for me telling you all about my pakistani background is that at times I haven’t been made to feel welcome at CP.Sadly we have ignorance even within our own fans.
Bertie never seen colour,didn’t matter as it shouldn’t.I’m blessed to have spent a few moments with him.
May God show kindness and patience to the Auld Family.
Love the Celtic