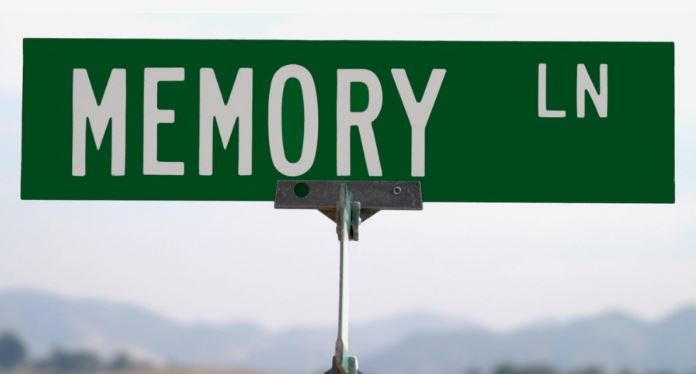 Following the Mowbray debacle, The Murray-led implosion over-by and the Celtic resurgence led by Lenny within That Was The Decade That Was : Starter for 10 , we now move forwards through later Lenny years in the early stages of the football decade for Celtic..as always. feel free to leave your comments below.. 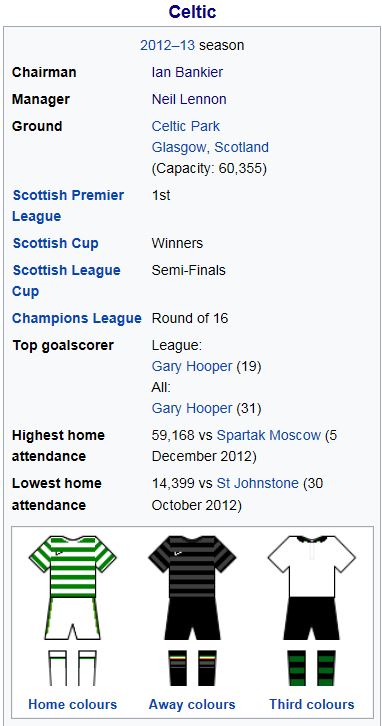 Lennys next season as Manager would prove to be a League winning one ( what do you mean No Shit?).

That preseason was colourful with us getting gubbed by Ajax in Amsterdam, drawing with old foes Inter at home and then breaking the SPL schedule to go play Real Madrid over in Philadelphia of all places.

Personnel wise, we had the loan disasters that were Miku, Lassad and Rami Gershon but purchase wise in popped the mercurial Ambrose and Rogic as well as the full time capture of Fraser Forster from Newcastles reserve reserves!

Heading out the door was Efrain Juarez which was always a weird signing and Ki Sung-Yueng aka Dave who garnered £6m from Swansea to keep the suits upstairs in prawn filled vol-au-vents .

A loanee going out would be Mo Bangura to AIK and then Elfsborg..a move which would see him eventually playing against us…talk about not looking ahead!

With Rangers deid/demoted  it was a strange landscape in Scotland but Lenny managed to concentrate enough to win the League and the Scottish Cup that year ( won on a Sunday! versus The Hibbess) but sadly went down 3-2 to Saint Mirren in the semi finals of the League Cup.

In Europe, it was a journey right around the houses as the team headed to Iceland, Sweden, Portugal, Spain and Russia to meet their foes in the Champions League Qualification and group stage. It would be in Russia that Gorgeous Georgie Samaras would get us our first ever away win in the CL with a 3-2 win.

While the Spartak victory ( the first of 2 that campaign), it would be the match versus Barcelona that would earn the “Legendary” status. Not only did Celtic Park have an outstanding 125 years Stadium TIFO but Barca, with Messi, Xavi and Iniesta were being lauded as one of the Greatest club side ever seen….and we beat them!

Somehow, Lenny came up with a a game plan to beat them at Celtic Park. Big Vic headed home a corner and then Fraser ” “La Gran Muralla” (“The Great Wall”) Forster would have the game of his life in defiance of the Barca players.

As the game looked to be ending 1-0…a fresh faced 18 years old Tony Watt would then run 50 yards onto a punt up the park and slam the ball home for a winner. He will never need to buy a drink again!

It was such a great night for Celtic that we even let wee Lionel Messi score a consolation goal to ease his pain.

Celtic would get through the group and secure a play off game versus Juventus but our European race was ran by then and we went down 5-0 on aggregate.

BTW Can you remember the 2nd Division side that gave us a right scare at home in the Scottish? 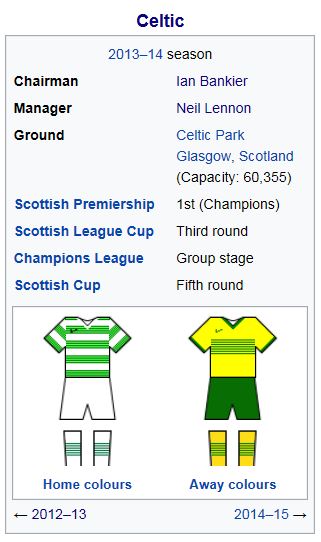 On the shirts along came Magners ( BTW Have you ever read the Magners / Bulmers weird names set-up..) and our relationship with Tennents moved on after a certain event the previous season.

Into the shirts came what could possibly be called the greatest mixed bag in history:

We purchased Amido Baldé, we bought Teemu Pukki ( yeah that guy!)  and most notably we paid £3m for Mr Sicknote himself, Mr Derk Boerrigter.

On the flip side of those disasters we then acquired the steady Nir Bitton and Stefan Johansen and in the January, we brought home The Thumb himself, Mr Leigh Griffiths from Wolves.

Most important of all though, we also brought in Mr Virgil van Dijk!

You’re reading that line and smiling aren’t you?

Then lest we forget, that same season we sold Victor Wanyama, Gary Hooper and Kelvin Wilson, with Joe Ledley exiting in the winter window. Quite a change from Lenny ( was it his idea? – Ed) indeed whilst Peter smiled at a net Transfer profit of £7 million!

The other losses of Daryl Murphy, Mo Bangura and Lassad Nouioui wouldn’t cause any sleepless nights. We wished Paddy McCourt farewell whilst Barca slayer Tony Watt failed to kick on and had to exit on loan.

The loan path was also taken by  a certain young guy named Callum MacGregor who headed to Notts County for experience.

Pre season friendly wise, we played a little known team called CFR Cluj..I wonder what ever happened to them.

Our marketing adventures continued pre season and Peter had us travelling to Dublin to defeat Liverpool 1 -0.

Competition wise, well Europe went from a super high to a grumbling low of realisation.

We got into a glamorous Group after beating GoatHerders Karagandy in the last minute to qualify. Sadly then we fell to Barca and Milan with our only points coming from beating Ajax at home.

Domestic  wise, we seemed to be doing well but then it all went a bit “och well no biggee, job done”.

We were actually unbeaten until February and Fraser Forster had a new shut out record with 13 clean sheets in row (  1256 mins without conceding!) until a 2-1 loss to the Dons. Then we  just weren’t on the ball at all and exited the League Cup to F****** Morton at home.

The league as always was the priority though and this was wrapped up early doors with a big 5-1 win over Thistle up at The Star & Garter in March giving the players a few months to relax having exited the Scottish Cup , 2:1 to Aberdeen.

On the park, Kris Commons would really shine when having to step up post Hooper’s absence.

The midfielder come forward scored a very impressive 32 goals that season. Commons pocketed the Player of the Years awards and Writers Awards for his troubles.

Once again Tony Stokes would pair up with a Hooped pal to help break the 50 goals barrier. Its easy to forget the contribution Stokes made to sides back in his heyday. Celtic would score a wonderful 102 goals in the League that season.

BTW Scoring 1 goal that season would be a young guy now playing in Serie A of all places..Can you name him?

So what would happen next….no one could imagine.

Look out  for  The North Wind Blows..coming  on Dec 23rd.

Great stuff Desi. The wee team that gave us a spot of bother that time in the Scottish Cup was Arbroath while Liam Henderson would be the answer to Q2.

Or deja vu. with the Great Wall, Lenny, Cal-Mac. Great memories and a great set of strips and now new memories but with a strip that isn’t the hoops. Hope they change it soon.

What’s up with the date on the diary? its showing December 12th.