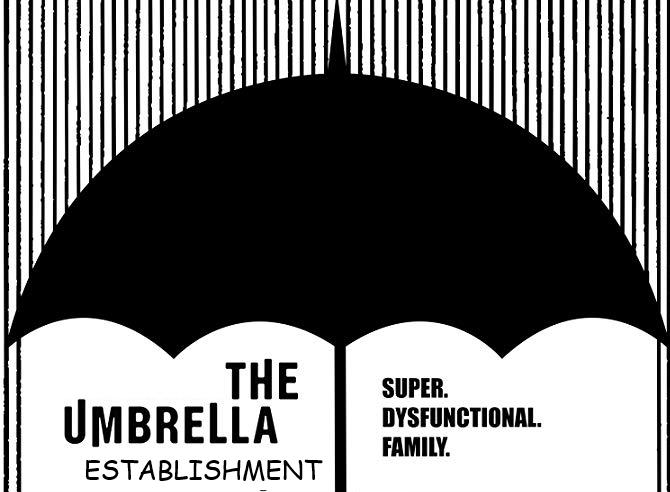 As a lifetime of secrets and resentment bring the Umbrella Establishment crashing down, the siblings realize the worst is still to come.

Number 5 awakens some time in the future. He slowly rises covered in asbestos dust, surrounded by poorly made concrete, rust and mildew. All around him is in ruins and an apocalypse has befallen his beloved stadium. The other establishment members lay dead among the rubble. He approaches No.14 (who is actually an amalgamation of 1 & 4, Spaceboy and Super High)

At a distance he thought 14 was holding a glass eye but it turns out he is more or less, holding what looks like the remains of half shredded, semi burnt bits of official looking papers. He examines them, nineteen sheets? His first clue as to what has caused this apocalypse. He must hop back to a time when the stadium was falling apart and warn the establishment.

Meanwhile back in the present the other establishment members are standing in the boardroom looking up at the family portrait of father. Father had passed and as they stared at him in his wheelchair, mother appears, her with no surname and beside her a half human monkey who had come all the way from darkest Africa.

Mother went to make tea and the monkey took centre stage. I have a lot to reveal he told them, so please be patient while the tale unfolds. Father he began, has left us in a bit of a pickle I’m afraid. In trying to bring us all together he has nearly destroyed us.

Some time later the establishment is invaded by a team from the other side of the city. Two of their hitmen have managed to score. The deadly duo of ‘Jamsie’ and ‘French Eddie’ have left their mark, leaving the establishment in total disarray.

Once the asbestos has settled, monkey takes up the story but as he is about to begin Number 5 suddenly appears, his hands full of what monkey recognises as the remains of council paperwork.

Monkey makes them all sit. Father he said, ensured that you all had establishment powers, more powerful than other mortals and with the help of the establishment minions, we were to rule the world, well our little insular world anyway.

As you can see, seven, is not here. Eleanor Bogus-Twist as you know her (EBT) has no special powers. Number 5, who you might have noticed has been hopping back and forth through time as we speak, has found out that No 7 was partly responsible for the apocalypse, that and establishment corruption.

As he spoke the space time continuum shook and time was reversed all the way back to 1987. There was no monkey and mother and father were in the future. Would it all happen again or would the future be free of incompetence and corruption? Who can tell, anything is possible in the Umbrella Establishment.

A bit uncomfortable , maybe its me , not seeing this.

Cheers Ralph, I’m half way through that show and now have a pretty solid idea how it’s going to end.

Dundee Sunday first before we think about destroying them on the 31st.