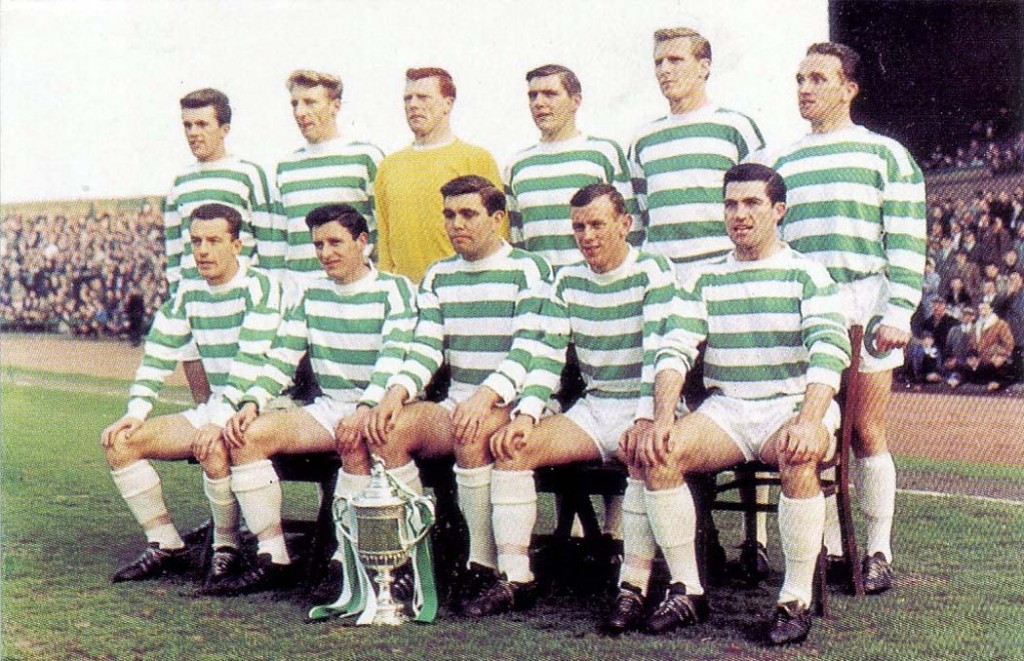 Another win away from home in Europe. That takes it to four unbeaten away. Astonishing, truly astonishing.

After racing down the M6 on the way home from work, frantically trying to get home in time for kick off, I decided it was time to go back to an old superstition. Back during the Seville run, a fellow CSC member and I traded “come on the hoops” text messages before every game-except the final-and it seemed to work. (Even if we were sitting next to each other in the ground).

We then chatted and I was upset to hear Hooper was playing, and feared the worse, until a garbled noise told me it was in fact 1-0, with Kris Commons opening the scoring after two minutes. And when I got home, the old drunk who told us Hooper was poorly, told us he was wrong.

Stuff of legend, you see, and despite a few scares, Helsingborg never really looked like scoring, and when Georgios Samaras made it two, it was off to the fridge to see if there was any beer there. Happily, there was.

ITV were covering the game throughout Britain, and you got the feeling that they would rather be covering Orient v. Stevenage or in fact any other game, but you kind of get used to that down here. The “experts” at full time said Celtic , having no creditable opposition at home, could save themselves for Europe, but the wee fighting ginge Gordon Strachan looked like he was going to lamp someone, and soon put them right.

Post match, Neil Lennon reminded viewers that Fraser Forster, who was outstanding, and Gary Hooper, who wasn’t injured, were both English, but as kick off coincided with Roy Hodgsons after dinner nap, it was probably pointless.

Helsingborg boss Age Hareide said the defeat was down to “ridiculous mistakes” and bemoaned the fact that “Celtic were disturbed and nervous” and his team failed to take advantage. On his chances of scoring three times at Celtic Park in the return, the overly optimistic tactician said “We cannot go there and believe that it is impossible” Fair enough, but he must think its at best unlikely.

He added “It is possible Celtic think it is over after this match…..and its an advantage for us.” (Charles Green was on the phone straight away. “I like the cut of your gib, young man”)

Neil Lennon was much more honest –
“We got off to a dream start, which isn’t like us” A few injuries were picked up, Brown , Commons Ledley and Rogne, and the bizarre Kayal one….He, apparently “is feeling his ankle”, which has to affect his concentration. Mind you, there are “specialist ” websites for that sort of thing.

Twitter, the social network for the lonely, was trending with Fraser Forster last night, who despite Alan Pardews best efforts in the past, may finally have made a name for himself and a possible England call up could happen, Maybe even at football.But,  like I said, dear old Roy gets put to bed after Coronation Street.

Over at Ibrox, two more players have walked away, Edu and Goian deciding they didn’t fancy playing against “fat amateurs” after all, or indeed playing alongside them. EDu is apparently considering  coming to Stoke, which means his cv will now feature Rangers and Stoke, thus assuring  that that particular piece of paper will be met with raised eyebrows in future and the question “Are you sure he’s a footballer?”

The pattern of teams with a v in their name was a curious coincidence of the Seville run, and with HELsinki and HELsingborg already setting a wee pattern this year, it looks certain that CHELsea will be the seeded team in our group, with HELmans Mayonnaise and a team from the THELwall Viaduct near Warrington making up the numbers.
It looks like Ki Seung yeung will go to Swansea for £6m , and hopefully Jordan Rhodes is on the phone this morning to Neil Lennon saying “Me, Me, pick me”, which is a deal that needs to be done before the Korean midfielder gets to the South Wales town and is found howling late at night the Korean words for “Oh bollocks, what the fuck have I done?” Of course, I say that with the greatest respect to John Hartsons favourite side…and if Ki’s agent reckons it is a good move that will enhance his clients reputation and move his career forward, then who am I , and you, to laugh out loud?

Last word goes to Sally Nugent, who was on breakfast tv this morning with her endless legs, and said this  “Celtic are pretty much in the Champions league after a 2-0 win in Sweden last night, whilst their tax dodging former rivals are at Falkirk in some diddy cup or other tonight. And it serves the cheating bastards right.”

Well, it was something like that. I was looking at her legs and not really listening.
Have a good day, and don’t forget to smile. We won away in Europe. Again!