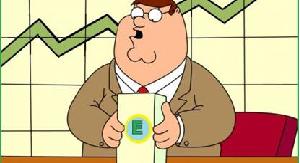 Rob Moore, who  represents promising young Kenyan midfielder Victor Wanyama is about to find out that in the real world, talking publicly about your client “losing earning potential” means that the clients current employers might just keep him in the reserves for a while.

Poor Rob, having negotiated a contract that everyone was quite happy to sign in the first place, the offer of an improved  extension is not good enough for him. He reckons it is “well short” of Victors expectations. So, looks like Beram Kayal or Charlie Mulgrew will be geting an extended run in the midfield holding role. Wanyama, of course, looks set to join that long list of players who left Celtic for more money at the behest of agents. Those who did it successfully include, er, well let me know if you can think of any.

Due to improved technology, the diary is moving to seven days, a commitment that means that the net has to be spread even wider to find interesting or informative things to write about in a subtle, humorous way. Eurosport, however , beat us to it. In an article about sportsmen who have worked for nothing, they cite Edgar Davids, in his new role as Barnet player manager, who confessed he isn’t getting paid for it. The article also gives Ally McCoist, of newly formed third division Rangers , as an example of someone working for free. Thugh “in this case”, referring to his record as boss “it seems Rangers got what they paid for”

Venezuelan forward Miku thinks he is ready to step up to the first team and face the physical challenge of Scottish football. He says manager Neil Lennon has praised his technical abilities, but told him he needs to work on his physical side. Remember way back when, Celtic signed another striker called John Hartson, who took some time to settle and score. He too, was a gifted technical player who struggled to adjust to the rumbustious physical side of Scottish football, claimed the diary, in possibly the most inaccurate comparison ever made in the history of football. Point is though, Miku is too talented not to make it. Goals will come.

Meanwhile, Efe Ambrose and Fraser Forster made it into UEFAs team of the week, based on their performances against turgid Spanish cracks (copyright Daily Record-all foreign sides are “cracks”) Barcelona, who narrowly edged Celtic out in a sleep inducing Champions League qualifier. The two were awarded their honour in the team of the week for managing to stay awake for the whole game, which has to be one of the ultimate feats of human endurance.

None of the Barcelona players made the team, which isn’t surprising. football is suffering from teams like that who just constantly keep possession at the expense of entertainment and excitement. No wonder crowds are down.

Talkshite Radio lived up to their name again. A recent poll, obviously designed to get Celtic fans to phone in and get their views across, claims that Liverpool, Man Utd and Chelsea all have better atmospheres on European nights than Celtic Park. No wonder listening figures are down.

Yesterdays teaser was answered correctly and first by Dave Kerr -it was indeed Neil Lennons international career. The “shock ” quote is on the cover of “Man and Bhoy,” Lennons ghost written autobiography.

Keeping to the theme of managers, an easy one. How many clubs did twice Celtic manager Billy McNeill take charge of, and why should we not own a flag that says “Hail Caeser”, like the one i had as a kid?

So 6 if you are being pedantic about us in there twice.

Because the spelling in the flag is incorrect- is it not Caesar ? Did you buy it from the guy with the wallpaper pasting table that sold the republican flute band tapes on the walk up to the ground ?

Clyde, Aberdeen,Celtic,Man City,Aston Villa, Celtic then Hibs (for a few games) when Jim Duffy was ascked – he was Director of Football – so 7 ?

Actually, the spelling is Cesar, after Cesar Romero

Something to do with Big Billy’s car I think???

Billy McNeill is ‘Cesar’, not Caeser! He is named after Cesar Romero from the Original Ocean’s Eleven.

Yup Andys got it spot on. & yes spelling of caesar is wrong I think!!!