I-Spy With My Govan Eye

From Govan To Cambridge…our dogged Correspondent bravely reports  about his Spy days and having to go behind the Enemy Lines..take it away Green Squirrel!

From Our Own Correspondent

In 1977 I moved from Govan to Cambridge and I remember receiving a letter from my old primary school teacher saying that it must have seemed like I had moved to the antipodes of the earth. Once I had looked up the word ‘antipodes’ and lived there a couple of weeks I couldn’t agree more!

On my first night having tea at the College (or dinner as they quaintly called it) I walked into the Hogwarts style hall and sat down opposite a couple of students who were well into their tea. ‘Fetch me a pudding, Carruthers’ was the first phrase that I heard from a Cambridge student. My heart sank, not many puddings had been fetched in my life before and certainly not by somebody called Carruthers. On my second night the contrast was complete, I was walking home and noticed a drunk about to walk into a lamppost. I steered the guy round the huge obstacle which the lamppost had become to him and asked him if he had far to go. ‘How’s it gaun Jimmy?’ came back the reply, closely followed by ‘Are you a Billy or a Tim?’. I obviously gave the wrong answer (from his perspective) as he took a swipe at me so I left him having calculated that he had another 12 lampposts to walk into on that street alone (and also reminding him which team had just completed the league and cup double).

As a left-winger in Cambridge I was drawn to the story of the ‘Cambridge Five’. This was a ring of spies viz Kim Philby, Donald Maclean, Guy Burgess and Anthony Blunt who passed information to the Soviet Union during World War 2. I know that there are only four names above but you can’t expect me to do all the work for you!! As I learned more about the life of an agent in enemy territory I realised the parallels with my life as a Celtic supporter living within a ten minute walk of Ibrox  with the stadium being very visible from my bedroom window…..as if Monday mornings weren’t hard enough!

As a wee boy I remember our road being full of Rangers Supporters buses on home match days, hearing the songs which are much the same as the ones they sing now (no originality it seems other than Penny Arcade and TFS) and FTP graffiti appearing on a regular basis. I was lucky though. Lucky that my Dad started taking me to games in 1964, just before Big Jock took over; lucky that the mood of the fans passing our house was normally subdued (because of the arrival of Jock) and lucky that we didn’t live down wind of Ibrox and so didn’t hear the sounds from the ground very often! 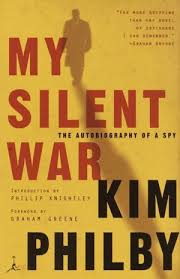 My Dad (RIP) was an Englishman who fell for my Mum, moved to Glasgow and then fell for all things Celtic. He was normally a quiet, thoughtful man and not renowned for showing any emotion. One night in 1966 though all that changed, I was in bed and just dropping off when I heard a roar from the living room and my door burst open. I shot bolt upright as my Dad said I was to guess the score at Ibrox. It was the famous Glasgow Cup night (they should bring that trophy back!) when Celts won 4-0 with the great Bobby Lennox scoring a hat-trick. For days afterwards he would just look at me, grin, and say 4-0. Seeing my Dad in a state of such euphoria became common place in the years to come, Lisbon (obviously) but also when he took me to Hampden for the Leeds game in 1970. Told you I was lucky!!

My Mum was never one to be outdone by Dad so she joined in the ‘lets wake up the kids in the middle of the night’ game a couple of years later. This time it was in the wee small hours of the morning when Mum shook my shoulder to say ‘Get up, if we’re going to die then we’re going to die together’! Now I hadn’t viewed going to bed in our flat as a particularly dangerous activity so my brain was finding this hard to compute. It was the night of ‘The Great Storm’ of 1968 and it did sound like a thousand banshees were passing the house (strange as there wasn’t a home game at Ibrox) . To be honest I wasn’t impressed with being woken up just because it was a bit windy and so I rather sulkily stared out of my bedroom window watching the chimney pots and tiles fly by. Then, a bit of movement at the stadium caught my eye; my bedroom had a great (?) view of the Rangers end and I thought I could see the roof move. I peered as closely as I could and, yes, a section of the roof was fluttering. Oh for Twitter to have been invented by then!! ‘More wind’ I shouted  whilst wishing I was Gandalf and, to my delight, a part of the roof blew off!  The craic was great at St Gerards the next day! 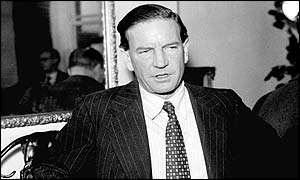 My Kim Philby moment came on April 27th !968. The 67/68 season had been a frustrating one for Celtic. They played some thrilling football, often thrashing teams, but they had been knocked out of the European Cup in the first round by Dynamo Kiev, the Scottish Cup by Dunfermline and, thanks to two poor results against Rangers, were trailing in the league for most of the season. ‘Classic Season: Celtic Football Club 1967-68. Maintaining Excellence’ by David Potter is a superb summary of this season.

April 27th was the day of the Scottish Cup Final between Dunfermline and Hearts and Rangers were playing their last league game of the season at home to Aberdeen. Their recent draw with Morton meant that Celts were top of the league on goal average but had a tricky away game at Dunfermline to come. I was at a mate’s house listening to the commentary of the Scottish Cup Final but really just wanting to hear updates from Ibrox. Rangers had been unbeaten in the league all season so we expected the normal scrappy victory. Instead Aberdeen took the lead! Now these were the days when you could go into the ground for free for the last twenty minutes so we decided that we needed to see the end of the game for ourselves as the tension of waiting for updates was proving to be too much. We stood like Frodo and Sam before the gates of Mordor, two 11 year olds who had never been inside Ibrox, contemplating what was a high risk mission. What if Rangers scored? I was confident that I could internalise my glee if Aberdeen scored but I am genetically unable to show any pleasure at a Rangers goal. In for a penny, in for a pound we thought, and went into the Rangers end. My memory of the scoring is now vague, I believe that we joined the game at 2-2 and that Aberdeen scored again to make it 3-2 but I’m happy to be corrected. What I can remember though is the atmosphere within the ground.  There was no getting behind the team, no resounding chants of ‘Rangers, Rangers’, just a noisy outpouring of bitterness towards their own players, the referee and all ‘fenians’ in general. I had been going to Parkhead for four years by then and had never experienced such a poisonous atmosphere until that game. It was no doubt heightened by the fact that we were two 11 year olds in the heart of enemy territory but it didn’t stop us enjoying every minute of it! I had been anxious about the league all season and now I was watching Rangers lose their last game to hand the title to us. At the end of the game we walked out with the few remaining Rangers fans nodding our heads agreeing with the wise old sages castigating Greig and a certain centre forward called Alex Ferguson!  Recently I read that Ferguson was kicked in the shin by a Rangers fan (they’re lovely aren’t they!) after the match. Ferguson commented that ‘I couldn’t really blame him as I felt as sick as he did’

Like all of us, I have experienced many highs on the terraces and stands watching Celtic, I never expected to experience such joy (well-contained) on the slopes of the Rangers end at Ibrox.  It certainly beats passing information to the Soviets……the Cambridge Five should have followed the bhoys!

Your childhood vignette of the former Rangers F.C.and the unsporting bitterness in defeat which characterised that outfit (as it does the fan-base it has left orphaned behind)was the very antitheses of my experiences on Saturday at Paradise where Celtic were weirdly thwarted by an unusually gutsy but jammy Hibs third-raters. My last visit to Parkhead had left me sick with apprehension and, yes, fear. First big soccer match in my life,not long out of college and then the inexorable National Service years in Germany I was an innocent abroad. In such an urban cauldron of hysterical hatred during the scruffy game was unpleasant enough. But it scarcely prepared me for the terrifying scenes as we poured out into the streets. Horse Police skeetered out of danger as hordes of inflamed Rangers fanatics charged Celtic people;and from everywhere barrages of beer bottles rained down on our heads and backs. I saw two heavy louts kicking a little boy senseless before a group of Celtic adults could intervene and the cowards actually ran to the police lines for protection.
Then incongruously a long crocodile of kiddies in Celtic favours marched into the besieging mob, twisting and turning, impossible to catch as they chanted: “Davie White got a fright, he’s drapped the Rangers in the shite. Inky pinky parly voo” (Forgive my French). White was an ill-fated Rangers’ manager at a time of fair Celtic ascendancy I think.

So much for the distant past. On Saturday my lad had flown up from London with his little boy (eight) and insisted we get the child to a Celtic game. From first to last I was fascinated by the crowd. It was everything I feared could never exist in this country. Not quite American ball game pazzaz, but, Oh the sense of fun and exhilarating celebration! The wit and the range of hilarious lyrics were showbiz of the classiest kind.
I’ll be back, and pray God that nastiest of anti-social Dorks who work the mob will of racist interests (at home in history’s many Krystalnachts) fade off back into the foul Ulster mists that bred them.
Today I visited my 18 month old grandson. He is the great-great-grandson of Willie Maley. I can’t wait to take him to the best ball game on the planet some day (maybe next season! Hoho)
Hail, Hail,
Scotus