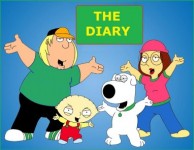 At first i thought 4 and 5, free squad numbers but Ambrose has taken 4 hasn’t he?
Um…..

think along the lines of what we did first

Really enjoyable article, Ralph. The odd laugh was there but your serious stuff took the prise today. Sorry, but my brain could never work out the teaser even if the answers were next to the question. At 01.30 hrs, there is simply no chance, though I think years when we won leagues or trophies might come into it somehow or other. Keep the flag flying and I wish you all the best with the pub. A few years ago when I was fit enough to join them, the bhoys in Newcastle had a similar problem trying to get a regular place and missed a lot of matches as a result. I think it is sorted now and I know they have a well established CSC. All the best with your campaign anyway.

Records just came to mind. The first to win things or winning one ofs e.g. Exhibition Cup? Naw, too tired.