Celtic draw 2-2 with Hibs..no one cares 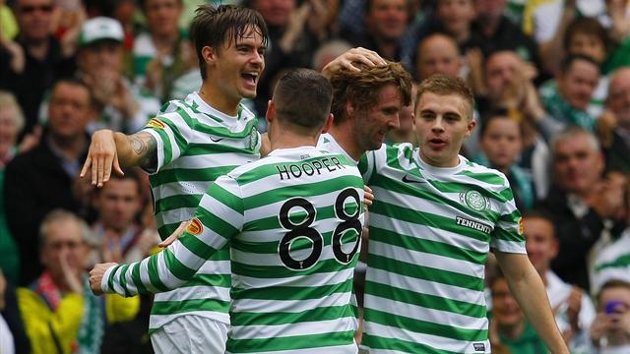 A Saturday afternoon following the Transfer Deadline is never the best day for a game. Sure enough thats how it turned out. The Celtic players looked like they had all been staying up late to see just who we were signing ( 2 forwards, a defender and a back up back up Keeper as it turns out). The game finished 2-2 and while Hibs cheered, some Celtic fans booed a quite dreadful Second half display, and most others just sighed and asked ‘Whens the Barcelona game again?’

The Celtic Goals fair pleased the bookies as both came from Johnny Depp Lustig while Hibs scored from a classic Sieve moment, no-one may ever know what was on Fraser Forsters mind but our money is on how many tickets he was gonna need for the Barcelona games and a great touch and finish from Paul Cairney.

Tony Watt continued up front alongside Gary Hooper and on this game, both will be well aware of the new competition to their places…well done there Lenny, keep them on their toes Gaffer…complacency will be the true League enemy for Celtic this season.

It was a game to forget for most and the best performance of the day was probably by some absent Celtic player ( take your pick from our regular stars!) who were hopefully away playing Golf, we pray they didnt have to suffer watching this dire game. In truth the game should have been out of sight by the end of the first half but harking back to the old days ways, we failed to take our chances.

Hey ho, we are still unbeaten, and even writing this feels like a time killing moment until we get to hear that Champions League theme.

You got goosebumps there, didnt you!