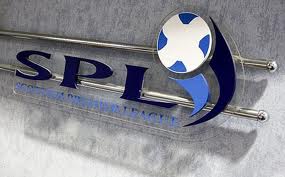 As we expected, the plans to reconstruct Scottish football failed to gain approval yesterday after St. Mirren and Ross County voted against the 12-12-18 proposal.

Because an 11-1 majority in favour of change was needed, the two clubs effectively killed off the plans, and everything will stay the same for next year.

Fairly obviously, the next thing on the agenda at an SPL meeting would be to change the voting structure. By a simple majority.

Although it does appear that they thought of this beforehand. An SPL statement included this;

“Prior to the meeting, a number of clubs had suggested that voting change would enable league structure change to be voted through. Unfortunately , this amendment was also defeated in principle on a show of hands, the same two clubs voting against.”

Hidden agendas? Conspiracies ? Roy McGregor, chairman of Ross County had said he was against change because his clubs fans were. If so, then thats fair enough.

Stewart Gilmour of St. Mirren, however, has left himself open to criticism after Charles Green, the owner-well, he might be, you never know these days-of New Rangers was at a recent game in Paisley.

Green, who if he told you it was raining would make you look out the window to check, has an agenda. He needs his phoenix club into the top tier as soon as possible, because they are skint. did discussions take place? Were favours sought?

Green has no money to pay any sort of “advance commissions”, but he does have ties with Jack Ashley, of Newcastle Utd, who do have a couple of their players on loan at St. Mirren…. but thats hardly conclusive.

“Clearly we are disappointed that proposals have not been voted through. We believe that this is a huge missed opportunity for the whole of Scottish football. We were pleased a number of months ago to have achieved unanimity across all clubs on the proposals for the  way forward. We do not understand the rationale now offered for rejecting these proposals and the unwillingness to take the game forward positively. It is unfortunate that the vision shown by the vast majority of clubs is now not shared by all. We believe that these positive proposals would have fundamentally enhanced Scottish football for the future.”

The statement then praised Neil Doncaster for his work on the proposals, and concluded by saying Celtic have had a great season, and would continue to prosper.

Celtic had agreed to give up a fair chunk of prize money had, as we all expect, they continued to win the league. Peter Lawwell is on record as saying falling season book sales were a concern. It does genuinely look like the club wanted to freshen things up. 12-12-18 may not be the best way forward, it might turn out to be a bit too confusing, but at least it showed a willingness totry something new, which in itself is virtually alien to the dusty blazers in the halls of power.

Stewart Milne of Aberdeen, and Stephen Thompson of Dundee Utd were less polite. Milne sounded like he was going to kick Gilmours head in after school, and Thompson made a lovely wee barbed comment about his family ploughing £5.6 million into football, and not just here to take a salary out of the game.

Milne referred to “a lot of honest debate ” in the meeting, which loosely translated means the cleaners are probably still getting the blood off the carpets.

Meanwhile, New Rangers/Sevco said they were pleased with the outcome, as though any would take any notice of the opinion of an associate member from the lower reaches of the game.

They also added they hoped their proposal of 14-14-14 would receive consideration.

After uesterday, I think Sevco FC just took a dirty great poo on their own doorstep, and frankly no-one will be going anywhere near them for quite some time.

So its not all bad then.

Everyone seems to want change, to inject a wee bit of drive into the game, and it looks like a lot of work went into these plans. But, as usual, it all fell apart because you need a 90% majority, which will never happen. A clumsy attempt to change the rules just before the vote to ensure you get the result you want is pathetic.

Scrap the whole lot, and invite in all the teams who have three years audited accounts. Pick the top twenty from that, either as one league or two, and get the rest into a regional pyramid system.

There , sorted. I’m due in north Korea this afternoon to fix that problem as well.

Anyway, to the really important stuff. The prospect of Celtics first double since the heady days of 2007.

“We want to do the double so badly this season” – and he’s right. A double-if achieved-has never been won so badly as this one. But if its won, then its won. Thats what matters.

Teams this season have come out and had a go at Celtic. A lot of games have been a lot more difficult than they looked on paper, and its not always been down to complacency.  Celtics strength in depth has seen us over the line this year, as it has allowed for just a little more consistency than our main rivals. Next year it might be even tougher.

But its still a season to look forward to.

Especially if, as expected , Sevco enter the history books as the shortest lived senior side in Scottish history.

The Times of London has paperwork that shows Craig Whyte was indeed a director at Sevco, meaning he bought-or was behind the purchase-of the assets from the club he owned after he bumped it.

The Times isn’t a perfect newspaper, but its opinions carry weight, and as the price of shares in the club continue to tumble, it doesn’t look good for the boys in blue. Although the other boys in blue might have a bit of a field day.

A wee bit of congratulations are in order for the youth teams, who are now back in Glasgow after their adventures abroad. The u-17s finished second to Barcelona in the Spartak Cup-on the head to head record, despite a better goal difference, and the U-20s came third in the Al Ain Cup, winning the third place game 3-0 against Inter Milan.

Well done to all involved. The future is looking bright. And no, its not orange.

John Divers was the odd one out yesterday-celtic have had three players of that name, and only two of the others.

Back to the seventies today, Evan Williams, Dennis Connaghan, Ally Hunter and Peter Latchford. Who’s the odd one out, and why?

DC, as he is the only one married to one of my Mums cousins

Big Peter , the oly keeper to make a save while holding a dog Against St Johnstone, It had taken him 5 minutes ato catch it and he wasn’t going to let it go when John Brogan ran through!)

Big Peter because he is english

Peter Latchford is the only one who is a recognised World Authority on Tolkien. FACT!

Surly PL should have asked the Celtic shareholders first, whether they were happy about give-up, up to a million pound a year of their cash to the ‘Diddy Teams’.

Maybe that money could go (as he’s feeling so generous) to Scottish charities to help the third of Scottish children who are living below the poverty line.

I also thought at the next SPL meeting he was going to bring up the disgusting verdict of the LNS commission. I will never forgive or forget.
HH

That subject will never be openly discussed in Scottish football…..They will say its a legal minefield.LNS found Oldco guilty,but that mob had already side stepped and got another name A shameful episode in Scottish (unsporting)history…….Unforgiven.

Connaghan and Latchford scored against Celtic, think Hunter may have as well. So Evan is the odd man out.

Aberdeen and Celtic won’t hand over voting rights after the sky tv debacle a couple of years back when the smaller clubs couldn’t be trusted with their votes.
Also they suspect a vote to share league games gate money would be back on the table.
This would mean Aberdeen handing over half of 10000 attendees to St Mirren and only getting half of 4000 back at the away game.
Make no mistake if St Mirren were only a couple of points ahead of Dundee this vote would have gone through.
I suspect next year we will see either RC or St M at the bottom of the league and wo betide if they go down as they’ll be stuck in the first for an eternity with no escape and rightly so.

The fans have voted. indicating they want a bigger league not a smaller one. Fans are getting sick of the ‘groundhog day’ 4 times a season meetings, so a 10 team league is a non starter. And any league based on ‘invitation’ is a joke. We’re aleady the laughing stock of the football world because of our’national team’and our clowns masquerading as FIFA referees. Why make things worse? Go back to a 16-team top division, it’s what the majority of fans want.
I think Latchford is the odd one out as he’s the only keeper not transferred from another Scottish club. But Williams is the only one to play in a European final, so….

the majority of fans who voted wanted a bigger SPL – not the majority of fans. I never voted for a bigger SPL, if anything, I’d like to go back to a 10 team SPL.
I went to Firhill last week to see thistle v morton – might have been a bad night for both teams, but the standard of football was crap – which ever team goes up will go straight back down again..
we do not have 16 teams to make up a competitive SPL – thistle, morton, falkirk & livingston are all worse than dundee.
I think Celtic should now organise SPL 1 & 2 – invite the top 20 teams in Scotalnd to get involved and tell the rest of the teams (including sevco to form themselves into a pyramid structure, 2 leagues based on area. The winners of each league play off and get promoted into SPL2.
Introduce play offs between the 2nd bottom of SPL1 and second top of SPL2.
And the money that Celtic were going to donate to 12-12-18, give it back to Celtic fasn via a reduction in season ticket prices.
p.s. what time are we headed for north korea?