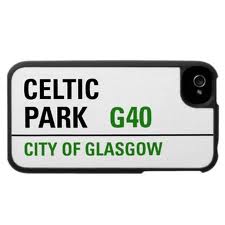 Headline writers across Scotland were given the chance to work there best electricity puns (Mega Watt, Watt shines etc) as Tony Watt marked his full debut with a couple of goals in a 4-2 win over Inverness. Despite a late rally by the highlanders, the win was a lot more comfortable than the scoreline suggests, and sets everything up nicely for the return game with Helsingborg on Wednesday.

Results elsewhere, Hearts and Motherwell both drawing their respective games, means Celtic have returned to the top of the table, and all is well in the world. St Mirrens Thomas Reilly scoring in injury time against the Fir Park cloggers means he won’t have to pay for his own beer for a while, if he goes to the right pubs.

Of the win in Inverness, Neil Lennon said “It gives the squad a huge boost, and gives me a lot  food for thought” On Tony Watt, he added “He’s a hopeless trainer, but comes alive in the big games. sometimes his body language isn’t great, but we had a wee chat with him before the game and he was full of life,full of intensity and we wanted him to damage Inverness.”

However, instead of “damaging inverness, the boy was given a start in the side, and afterwards he praised Gary hooper for talking him through the game. Hooper, famous for mumbling when he speaks, has certainly had an influence on the youngster, as anyone who saw Watts post match interview will see.

Writers of “Only an Excuse”, the New year football comedy festival, must be delighted that they can finally drop the topical Dennis Law character, and replace him with these two. Although there is still the hope that Jonathan Watson and co. can be a wee bit more hard hitting and satirical this year, and perhaps do the job of the mainstream media, but we digress….

The Daily Mail has done a round up of players they claim are on Neil Lennons radar, and it genuinely reads like a Whos that? of world football. Fair enough, we have heard of Markus Henriksson, but Srjdan Lakic (Wolfsburg), Willy Boly (Auxerre),and Efe Ambrose, a Nigerian international won’t be setting any pulses racing anytime soon. Other rumoured loanees include Federico Macheda from Manchester Utd, and Lionel Messi from Barcelona. Okay, perhaps not the last one. Oh, and there are stories about Dimitar Berbatov, which would give us another striker who holds his head when he makes an arse of it.

As usual, the papers claim our chances of signing these, er, stars, will be increased if the club makes the group stages of the champions league, but frankly, if Celtic make that level with the players already there, there doesn’t seem a great deal of sense in bringing in others who might upset the dressing room.

One that might be different is VVV defender Maya Yoshida, in whom Celtic have made “their serious interest known”. He does fit the bill, being Japanese and filling a hole in Eastern shirt sales. £2m has been quoted as the fee.

Jordan Rhodes, the Huddersfield and Scotland striker, spent yesterday throwing darts at a picture of Tony Watt, whilst Peter Lawwell told Neil Lennon he already has a young bustling striker with an eye for goal.

Altogether now, a wee sing along

Scotlands most promising manager saw his team draw 1-1 at Berwick yesterday, and a notable historical event took place at the same time. The new rule, as of this season, concerning “an action deemed likely to impede or deny Rangers accession to the SPL” was broken by Berwicks late winner, and as a recult the goal was chalked off. McCoist was angry with his team, saying the “performance was absolutely miles short”

By a happy coincidence, the Rangers team bus broke down on the way back from the game at the Sherriff hall roundabout, on the A720 near Edinburgh, absolutely miles short of their destination.

McCoist says “There is a lot of hard work to be done. I am up for it, and i tell you right now, they will be too because I’ll make sure of it. ” Then he made them all get off the bus and push.