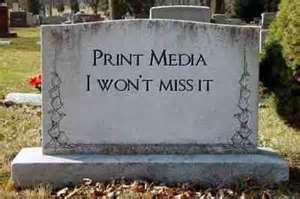 Neil Lennon now faces the difficult task of getting the players up for tomorrows home game against Jackie MacNamaras Dundee Utd. Charlie Mulgrew,a former team mate of MacNamaras at Wolves,says Celtic will have to be up for it, as the Tannadice men will be out to continue impressing their new gaffer, who has led the Arabs to two wins in two games.

Gavin Gunning won’t feature for Dundee Utd,he will miss the rest of the season because he needs surgery on his cartilage, and Brian MacLean should replace him in the line up.

As I write, there is no news on Celtics line up, Lennon obviously just going to ask the players who fancies it, and picking the first eleven to put their hands up. Either that or it’ll be one of those competitions where the team for the second half is drawn from the crowd at half time. It won’t matter who we pick, Celtic haven’t drawn a game in the last 15, and the moral is down at the club. 1-1 is virtually assured, although by tea time tomorrow , you may see why i never put a line on.

Personally, I’d go with the team that beat Inverness, and let those from midweek earn their place again. but Lennon will probably stick with his favourites. No matter what they have been doing, or where they have been over the last couple of days.

Firhill for thrills, as they say ,today at 3pm, with the under 20 side facing ross county. Its free to get in, but there may be a fee to get out. John Kennedy hopes his lads can continue their recent good form, and has promised all fans a week with nigerian prostitutes. Although I might be getting my stories mixed up.

Its finally sunk in that all that hard work put into the previous ten european games was undone by just one bad decision that only took three minutes to manifest itself. More annoyed than miserable, because it was so avoidable. but theres no point in dwelling on it.

Manchester City, tottenham and anyone else you can think of will all move for Victor Wanyama in the summer, Gary Hooper really wants to move back to England, and Neil Lennon fancies his luck in the Premier League in England. Open season on Celtic again for those talentless chaps in the media, who have decided to break morale even further.

The MSM, of course, were anxious to avoid any serious or accurate discussion on the one year anniversary of administration, and the subsequent liquidation of their beloved club, rangers. Now so insignificant that they have lost the staus of proper noun, and the use of a capital letter.

They wheeled out Gordon Smith, who laughed off claims it would take them ten years to win the title again. He’s right. It’ll take far longer than that, and can we just point out that to do something again, by definition , you would have had to have done it before. The new club haven’t won anything yet, including praise.

Craig Whyte, the man who bought Rangers for a pound, and was surprised not to get any change, explained why he sold three years worth of season books to Ticketus to a stricken Jim White. The interview was conducted outside a cave in the Afghanistan mountains, where Jim is forced to live because his neighbours keeplaughing at him.

When asked how he sleeps at night, Craigy Bhoy said “Very Soundly” -Jim Whites screams of rage were edited out.

Speaking of rangers, they want to organise a friendly with Newcastle to raise money for Paul Gascoigne, their former player who climbed into a bottle after he retired, and has since refused to come out. Newcastle will await a reply from Tottenham and Lazio before agreeing to give Tyneside Police the overtime that comes with any visit by the Ibrox club south of the border.

Still speaking of Sevco, rangers or whatever they want to call themselves, George Galloway, the shy , retiring chap who was on question time, has tweeted that he mentioned the new club on the BBCs top level debating show, but it was edited out. Could it be that they are not allowed to discuss ongoing criminal investigations?

Galloway has also tabled parliamentary questions about the new club dumping debt and carrying on as though nothing happened, in the same way Woolworths, Enron, Comet et al couldn’t do.

There were some great big fireballs came out the sky in Russia yesterday. Wonder if some more are about to hit Ibrox?

Booby collins,on 26 September 1953 scored three penalties against Aberdeen.Can’t find out who the referee was, but thats probably because he was taken out and shot soon after full time.

Speaking of penalties, who missed the first ever penalty in a Scottish Cup fianl for the club?

Why did Lennon rest players on saturday for Tuesdays game then play a player who had played on Sunday then travel most of Monday into Tuesday don’t see the logic in it.
Also what has Forrest got to do or not do to get subbed he was like a rabbit caught in the floodlights and why was he playing infield and not out on the wing.
Think Lennon made a mistake not playing ledley.

ee bye goom troobil @ mill lad, lets get behind our team , and our manager,we’ve had 12 C . L. GAMES THIS SEASON SO FAR, i’ll take that any day or season, is it not wonderful 2 c the sons of bunnery in such confusion and turmoil, all you have to do is mention “new club” and they all go absolutely APE SHIT, YI CANNAE BEAT IT ,personally i hope that league recon goze 4 a shit this season, good to see ’em stoating aboot aw’ they wee toons in porridgeland, toodlin’ on they’re flutes and singing ashes 2 sashes, GIRFUY YE SUNZ O’ HUNNERY

I was away all week visiting family. I was told to leave the laptop at home and have been running around in the buff, as it were, all week. If Desi is right, you may have enjoyed the sight even though mine are sagging at ground level these days. I have not been through every detail of the blogs or comments so far but from what I have seen there is obvious despair in the current Parkhead ether. Efe Ambrose seems to be the target of many who are not in favour of players disembarking from a plane in the middle of the pitch to participate immediately in the match. I agree whole heartedly but would add that anyone who watched him play in the AC of N may have noticed he was on a trip that was way beyond a plane journey. He looked like he was enjoying the palm beer too much all through the tournament, well after his red card in the first match. I commented, verbally as I was in a state of internet nudity, that I was concerned he had regressed and hoped he would not return in a state of reverse advancement. I am afraid he did just that and, in my opinion, the plane flight was a mere coincidence. I fear we might be looking at rehab. We can only hope he spends his recovery time in Scotland and that Newcastle (I love them like cyanide) do not ask a top Scottish club to have a kick about (both are more familiar with the term kick each other about) up the local play-park to raise his fees. It looks like Pardew wants to get Newcastle into the same league as Scotland’s biggest club i.e. the bottom. I will give him this, he looks absolutely capable of doing so. His boss is also as sleekit and manipulative as his green pal. I have a couple of old jackets they can have for goals. Anyway, it could be our Nigerian genius might be no Efe good for what is left of the season. As for the rest of our downfall, it might provide the beginning of a good title for a book by all the PR gurus who are claiming historical allegiances to the good guys. It’s like Old Nick buying the chips for the last supper, gets him to the table before killing the host.

I am still too disorientated to try the quiz, Ralph, though you have asked an interesting question. Mine is “How many would we have scored on Tuesday if we had been given every penalty we deserved?” Personally, with our record in this field, I reckon probably none.

I had promised myself not to have a drink until Celtic played in the Euro final! Fortunately I had the safety net of a consolation booze up at the Scottish Cup final one day later…..we’d better get there…… I’m already thirsty and there is still exactly 100 days to go and I’ve only done 4.

When asked, shortly after signing if he’d learned any English yet, Dziekanowski replied “Yep, for f**k sake Anton”!