Damn The Board – Etims Rant 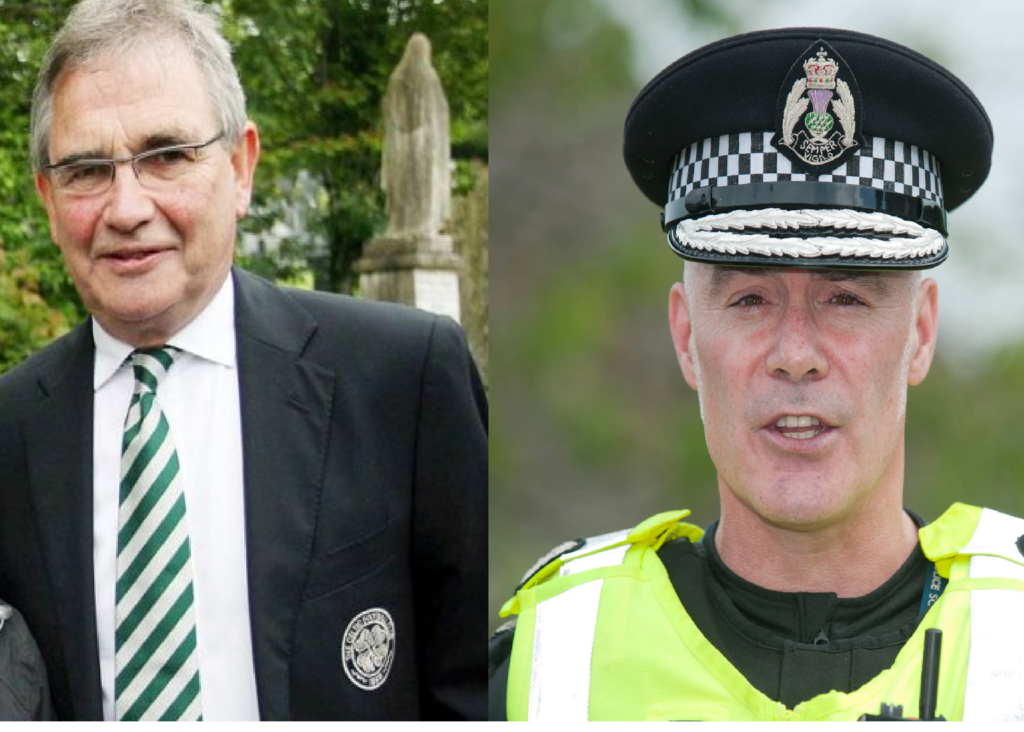 A special Podcast for listeners as Etims go on a rant for half an hour about The Boards attitude to annoying the fans by their insane actions and negligence.

Etims ask if the Board members such as Wilson with his Liquidation denial are just idiots or do they with actions like contemplating bring Bernard Higgins on board just love to annoy us when we seem to be on a good run of results.

Etims ask would Celtic fans welcome a takeover instead of current incumbents and just how do Fans get heard when the numbers are weighed in Dermot and his cronies favour?

You can subscribe at all the usual outlets…Apple iTunes, Spreaker, Spotify, Amazon, Google Podcasts, Deezer and many more.

You can also Download here
And can Play below:

I think Higgins may be a deflection from the upcoming AGM.

1
The Cha
Reply to  SteveNaive

So, quietly drop his appointment beforehand, to dissipate the anger at the AGM?

0
SteveNaive
Reply to  The Cha

You got it, The Cha, politburo playbook.

Brian Wilson diehard unionist of course he is a liquidation denier, and will be supported by quite a few unionist Celtic fans followed by appointing a man whose credentials are so anti Celtic pretty much shows the contempt they have towards some but not all of the support.

Spot on Desi regarding Wison.

I wouldn’t like to see the club sell it’s soul, if it was to Celtic minded people wanting to take the club to a new level, yes I would go for that.
Celtic should always be a club for the support & community.
That is the essence of Celtic.

2
The Green Machine
Reply to  Monti

The club sold its soul the day Desmond took over, Monti.

You were and are just too blind to notice.

I really enjoyed this latest podcast guys, a lot of good points discussed.
Thanks guys.

0
The Green Machine
Reply to  Monti

Any other niceties for the guys ..?

0
Not A Customer Just A Fan Saiz

The point of Wilson’s remarks were fairly straightforward.
This is Celtic Plc publicly declaring that it no longer considers the Continuity Myth a debate but rather the machinations of a few thousand disgruntled Internet bams and paying Supporters.
Case closed move along Timmy …geis yer dough.
The smoking gun has been melted down and turned into a master key for their copy of the 5 Way Agreement.
They have no interest in these matters now all they are concerned about is promoting the Old Firm Brand and securing a new escape route out of Scottish Football hand in hand with “Rangers”.
Its up to you now whether you want to pay into that because they know there are others willing to fill those seats long term.
Happy clappers content with winning so long as Celtic is winning.
That aside.
The answer is obvious and it’s always been obvious.
It was obvious when McCann sold his shareholding for a whopping £40m to the likes of Dermot Desmond.
If Roger Mitchell is serious about taking control of Celtic and giving Supporters what they deserve then why hasn’t Roger Mitchell suggested leading a fan takeover of Celtic?
The answer to that is the same answer as to why Fergus McCann maximised his profit from Celtic rather than taking half of it and leaving fans in control of Celtic.
Every single one of these guys wants control of Celtic to make money amd as much money as they can and all the other stuff they wrap around that is designed to keep you giving them your money.
We need a money man with enough dough to buy Celtic but who genuinely has the future of Celtic and what it once stood for at the heart of it.
Until that happens nothing will change except that is the faeces on the Board.
This is no longer your train set.
That idea was sold down the river many,many years ago and it’s about time you stepped away from the emotional side of it and started looking at it from the perspective of a non customer.
Because like it or not bhoys that is exactly what you are now.
An emotionally attached customer.
Nothing more,nothing less.

Ps
Could Monty explain why it is that for the past 10 years or so (bar 2016-18) there has been an apparent necessity for Celtic to put just short of £30m in preference shares Annually in order to raise Capital?
More importantly perhaps is who is receiving the Ordinary Shares in repayment at the end of the Financial Year regardless of whether Celtic is in loss or profit?
My uneducated guess is that Desmond is using this to increase his own grip whilst simultaneously lessening the grip of others by diluting the shareholding year on year.


Celtic plc confirms that the scrip dividend reference price for the full year dividend for the financial year ended 30 June 2021, is 111p (“ScripReference Price“) and will be payable on 31 August 2021. The scrip dividend is available to any shareholders of Celtic plc’s Convertible Cumulative Preference Shares of 60p each who have elected to receive ordinary shares of 1p each in the Company (“Ordinary Shares“) in lieu of cash dividends through participation in the Scrip Dividend Scheme.

The Scrip Reference Price has been calculated by taking the average middle market quotation price of Celtic plc’s Ordinary Shares derived from the London Stock Exchange Daily Official List for the day on which the shares were first quoted as ex-dividend (29 July 2021) and the four subsequent dealing days (being 30 July, 02 August, 03 August, and 04 August 2021).

Any shareholders entitled to the full year dividend who do not already participate in the Scrip Dividend Scheme and wish to do so, may obtain a mandate form by contacting the Company’s Registrar, Computershare on 0370 702 0192 or from the Company’s website http://www.celticfc.com, or from the National Storage Mechanism. This form must be completed and returned to Computershare to arrive no later than the close of business on 10 August 2021 in order for it to be effective for the full year dividend.


The exact number of shares which will require to be issued will be established after 10 August 2021 the final date for receipt of elections to participate in the Scrip Dividend Scheme.

0
SteveNaive
Reply to  Not A Customer Just A Fan Saiz

Really good research Fan Saiz, would you suppose Lawwell is STILL in receipt of monies, our monies, through the Cub ?

0
Not A Customer Just A Fan Saiz
Reply to  SteveNaive

As far as I am aware he’s still a shareholder (356,000 Ordinary Shares at 1p) Steve so you would have to assume he is still receiving something?