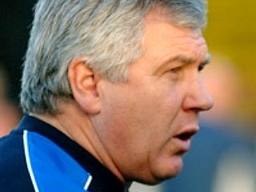 Celtic fans were handed another chance to thank Turnbull Hutton for his services to Scottish football when Arbroath were finally put out of the cup in Subzeroland last night. Celtic won 1-0 and were hardly hampered by wearing duffle coats at all.

Arbroath were unfortunate when a soft foul was awarded against them and Stephen Doris had his goal ruled out, but sometimes you need a bit of luck in these things. Forster was looking dodgy at high balls throughout the game-well the temperature decreases the higher up you get-but he was back to form to save late on when Connor Birse looked as though he would score. with Celtic starting to look edgy the last few minutes had all the tension of a Barcelona game, but finally the whistler went. Celtic are still the only British team who can reallistically win all four tournaments they entered . (top teams that is.)

Alls well that ends well, I suppose, and thankfully they are not in the last 16 of the champions League, so we won’t have to play them again.

Looking at the crowd last night,it was good to see so many kids there, and full credit to any tim who made the trip north.

All very good for the game.

Lennon, although he didn’t look to chuffed at the end, said;

It was a performaance full of character. It was a horrible night. The pitch got worse as the game went on and you could see how difficult it was to play on it. It became almost like an ice rink. I was worried about the safety of the players but they showed their professionalism tonight and great character. The pitch was definitely a leveller.

He went on to praise matchwinner Adam Matthews, calling his goal “a thing of beauty”, before asking if he could go back in because he was freezing.

Arbroath manager Paul Sheerin harped on about the disallowed goal, but then he had a right to. It did look soft, but thats the rub of the green. Of course, had it been the other way round, it would have been a mixture of bias, incompetence and an excuse to head to the car park with banners asking for “an end to this sort of thing”

Mikael Lustig has said he is happy to stay at Celtic and had heard nothing about rumours linking him with Rubin Kazan, which is a football team and not a childrens entertainer. Lustig seemed bewildered, and is said to have asked

“Why would I want to leave a team that has beaten Barcelona in the Champions League?”

One headline this morning says that “Naismith misses life at Ibrox”, the first time any player or ex player has publicly admitted the club is dead, which has to be a step in the right direction, although that hasn’t stopped the marketing guys over that way from peddling tat celebrating 140 years of bigotry, or whatever they did down govan way.

So, the Scottish cup is now on hold until February, theres a few league matches to come, and hopefully the January break will give the team a chance to regroup and start on the second half of the campaign with confidence and optimism.

Of course, January will see Hooper go to Southampton, Wanyama to Man Utd and Forster to Arsenal. Well, so they say….

Actually, we hear the latter is a possibility, but not in January.

Frank Henderson gave a superb detailed answer to yesterdays nine in a row query-none were won at Celtic Park, and just to prove I do read the replies, Celtic signed a couple of players from Partick in the late seventies. Joe Craig was one. Name any other who’s name is an anagram of Ornnie Laving.

I remember going to see Celtic play Clydebank the year after King Kenny left – 77/78 season I think . Remember my older (sadly no longer with us)brother passing me a can of coke and packet of cheese and onion crisps outside a pub in Kilbowie Road . whilst the grown ups had a few pints before the game , before getting me into the pub as he knew the landlord( but telling to hide under the table if the polis came in.) Common practice in the 70’s – it should be brought back.

Anyway I think we may have got beat 3-2 but Mr Glavin (who bascially was given the chance to fill the void left by KK) battered a shot of the window of the bankies club (social club0 which was right behind the goal. I swear the window almost came right out the frame and remeber an ambulance being called for some guy in the club. My brother told me that the guy was right behind the window and was taken to hospital after having a heart attack. Never found out if that was true (I suspect not)

Old Ronniw had a shot that would rival Murdo MacLeod in his heyday.

Or to give him his full title

Ronnie Glavin, the dead club wanted to sign him but when his crucifix was sighted round his neck that put an end to that. Ronnie had a young brother Tony who played most of his football in the States. Went to school with the Glavins, nice family.HH

What about Johnny Gibson?

Wish the media and now yourself would stop saying that arbroath got a goal disallowed they didn’t !
The whistle had went long before the ball hit the net the three celtic players on the line stopped cause they heard the whistle ( the old saying is play to the whistle) and I think they would have cleared the ball.
You could say celtic got goal disallowed cause there was no whistle but there was a linesmans flag giving offside ( correct for a change ).
Heard this as well in a Huns game that rangers got a goal chopped off but the ref had whistled long before ball hit net I even heard it and it was at Huns end at iPox.

good point Buckie. The whistle had gone. As had forsters ability to deal with crosses.

Technically you are right, so well said

For Celtic, olaying Arbroath was an inconvenience.

For Sevco, playing Arbroath is an aspiration.

Whit aboot Brian Wittacker or did he come fae hertz?

Brian Whittaker came from Thistle and then went to Hearts.

My outstanding memory of Jim Craig of course was him scoring a cracker of a goal against the huns at Ibrox on a cold November night in 1977. We won 1-0. I don’t think Jim scored another goal for us did he?….only joking Joe! 🙂

In a new sponsorship deal, Radio 4 will be providing live coverage of the newco’s away games by extending The Shipping Forecast!

just to add to the non goal – every player on the park heard the whistle, the Celtic players stopped, the Arbroath players turned away and the only player who reacted, Doris, kicked the ball into the net but made no reaction to the fact he had just scored – had he believed he had just scored an equaliser with 10 minutes to go, do you imagine his reactions would have been like? He & all of the Arbroath players & the crowd would have been piled high at the corner flag.