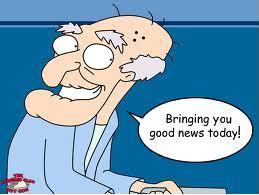 Desi Mond / September 5, 2012 / 11 Comments / Diary
Wednesday September 5
A vacancy has arisen at etims house for a proof reader or editor after the last ones childish jape allowed the occasional unintended wrong word to creep into yesterdays diary. He has been given a severance package which should see him financially comfortable until just after tea time today.
Celtic boss Neil Lennon is completely unfazed by the row surrounding the acquisition of Lassad Niouiou on Friday. Spanish side Levante thought they had signed him, but as far as Celtic were concerned, “There is nothing really to say. He is a Celtic player….as far as we are concerned everything was done the right way.” It looks like UEFA agree with him, as he is included in the listed Champions League squad, and that should be the end of that.
Young Celtic , incidentally, will face Sporting Lisbon at Firhill tomorrow night in the NextGen series, so if you’ve a spare fiver and the price of a pint, get along and support them. I’m going to the Villa away game in this tournament , firstly to see for myself the all action side, and secondly because its just down the road from me near the Birmingham no.1 CSC, and thirdly because I’m a cheapskate, its only £4 to get in. Incidentally, Eurosport will be showing highlights of these games, showing just how high profile the tournament has become.
The Daily Express, still desperately searching for an accurate story claims that Celtic will reward the “superkids” with extended and lucrative contracts, quoting Neil Lennon, it seems “three or four” players will be given better deals, as they “have earned them” These “superkids ” are apparently Victor Wanyama, Gary Hooper, Joe Ledley and Thomas Rogne. Superkids in this context obviously meaning “grown men”
Lennon also praised the attitude of new signing Miku, who he referred to as a “professional” who has prepared himself meticulously. Even his diet is planned, which doesn’t mean he nips to the chippy after training . Lennon reckons he will compliment Gary Hooper, but frankly, it doesn’t matter whether he’s nice to him, as long as he scores goals.
Former hero Artur Boruc is available on a free after he decided not to accept a contract from Fiorentina, and confesses to being surprised that no-one wants him. The chain smoking heavy drinking nutter says he is fit and raring to go, and that we are all his bestest pals.
Like him or loathe him, journalist Phil MacGhiollabhan has upset a lot of those nice fellows from down Kinning Park way. The Scottish Sun was due to publish extracts from his book “Downfall”, which chronicles the plight of the former club Rangers on their slide into administration and liquidation. After a huge campaign by those delicate supporters of that club, the Sun, protecting freedom of speech and backing the sterling work of one of their own has pulled the plug on the deal, citing their readers claim that Phil is a bigot, an IRA supporter and was responsible for the bombings at Canary wharf and firing mortar shells at number ten downing street. Oglach Phil was unavailable for comment, as he was in the USA overseeing the purchase of some attack helicopters, but he will be delighted to learn that his book is now number nine in the Amazon bestsellers list, and it isn’t even out until the eighth. So no doubt the less than clever boycotters have helped boost sales by their traditional head in the sands attitude to anyone telling them what they don’t want to hear, an attitude that has helped enormously to bury the club they love.
Speaking of that club, manager Ally McCoist is still looking to sign a couple of freebies, despit the window now being shut and the SFA embargo being in place. Still, just tell em what they want to hear, eh? What they don’t want to hear is the this month, after a long wait, the results of the FTT appeal should be announced, and then the MSM can go to work on uncovering the culprits and exposing the lies and corruption at the establishment club. Of course they will, but fair play to the reformed Bill Leckie, who has praised Hearts youngster Ryan mcGowan , for staying with his club and not bowing to his agents pressure and joining the Fourth tier outfit.
MacGowans agent, David MacPherson was obviously acting in the lads best interest when he took him to Auchenhowie to speak to Rangers, and of course the former player and current fan had no alterior motives. On his release MacGowan simply said he wanted to spend time with his family, and concentrate on playing for Hearts.
My old pal Scurlogue tells me that a Rangers training session yesterday was brought to a halt when the ball went into next doors garden.
Elsewhere, Celtic supporters breathed a sigh of relief when Michael Owen signed for Stoke, a deal which suits both parties as neither has any intention of playing football this season.
Finally, a huge well done to the techy guys here at Etims for the new site. It looks amazing which means that we don’t have to worry about the quality of articles anymore, in the case of the diary, thats perhaps just as well, as the lay out and style means its great to look at.
Well done guys.
newest oldest most voted
Pensionerbhoy

Desi Do you and Ralph eat from the same spaghetti bowl and suck the strands till your lips meet? Or are you both genuinely blessed with a ‘what a great day’ sense of humour. These reads perk my old tired heart right up except at weekends when I have to rely on that damned thing called football. Your one from Scurlogue (very intellectual) is an ‘absolute cracker’, as Frank (RIP) would say and is your top prize for today. I agree that the site is impressive and those involved in its creation are due the gratitude of all contributors and… Read more »

john, if you are out there, I have just Googled News Now and it has come up. You then just scrole for whatever club you are after. Good luck, my friend!

Having a Ralph moment – SCROLL!!!!

Guys the website is much better now, great job and well done to the eggheads who sorted this

Loved the bit about Ryan McGowan and his agent, the completely impartial David Macpherson. Keep up the good work. H.H.G.B.N.L.

Hi Ian
Lots of plans, if there’s a good feedback on comments then a new Forum just might be necessary! One small step at a time as Paddy McCourts cotton wool wrapperer tells him!

The new layout is great, good job. Always look forward to reading the diary. Has the daily question been dropped from the new look? Or did we run out of players names?

Hi Gerry
Well spotted, the Etims Riddler shall return next week or just after the International break. Got a few ideas to prevent us running out of players, especially now that Ki has left and our Lock/Door gags have dried up!

Vote Up0Vote Down
← Silence of the Sevconians
Sallys Stakes →