The coronavirus pandemic is, whether we like it or not, taking over our every wakingmoment, and no doubt quite a few of our sleeping ones as well.

As I sat down to write this, and typed in the date, I realised that it’s my son’s birthday, so I popped up to wish him a happy 23rd..he’s in his room self whatever it is they do at that age.

He had forgotten as well…we’ve just been out to get some food, beer and fags, as one cannot live without the essentials.

He went into the shops, with his mask on, a cunning plan to avoid me spending any money, and alarmingly, the rules don’t seem to be being adhered to.

In fact, we saw that fellow from the Chuckle Brothers reminding everyone

Today we ask to spare a thought for our glorious leader Boris Johnson, who has contracted the Covid 19 virus, though frankly the thoughts about that that spring to my mind would probably get me locked up in the tower of London.

Couldn’t happen to a nicer guy.

His party, under his guidance for some of the time, has neglected the NHS, purely with the aim of privatisation, which may yet prove to be the reason for his inaction and policy of seeking herd immunity, when, at some time in the future he declares private investment is necessary to rebuild a shattered health service.

Hopefully, he gives that bastard Cummings a big hug before he locks himself away, which in no way can be considered a ploy to avoid questioning as to why he milked the applause for the NHS staff last night, while spending money on HS2, nuclear weapons and directing vacuum manufacturer Dyson….a substantial donor of funds to the Conservative Party…to make ventilators instead of one of the several firms throughout the country who actually know how to make them.

And as far as appluading the NHS goes, we should do that, of course we should.

But we could also fund it as well, they’d appreciate that even more…

In the meantime, stay safe, stay home and look after yourself and your own, because we are sure as hell going to get no help from central government.

Now, in tune with our latest podcast, which is as good a way as any to while away the hours, here’s another question…

Celtic fans due season ticket compensation if season ends but Rangers ‘not liable’ for ‘£3.4m’ payout

CELTIC season ticket holders will be compensated if the campaign ends early – but Rangers ‘won’t be liable’ for an approximate £3.4m payout.

Scottish football is currently on hold as it deals with the global threat of the deadly coronavirus pandemic.

Whether or not Celtic season book holders will demand a refund remains to be seen, as the club are currently involved in helping the community, and supporters may feel that as that is the clubs original mission, then there is a possibility that any demands for refunds will be few and far between, as we know that the club will not be pocketing the money.

Over at Ibrox, though, one wonders not what their supporters reaction will be, but why they inserted that clause in the first place.

Did they expect something to go wrong this season ? Were they planning for another event?

Seems like these days there are more questions than answers, and unlike in the quizcast, we don’t have alexa on hand to help us list the top scorers…by the way, there’s a growing consensus that i was robbed, robbed I tell you…

It’s refreshing to see there are some good guys out there….

Ramon Vega
@Ramon_Vega71
Reports out of Spain that Barca requested/suggested players to reduce wages by 70% but players declined. I was a player and I will always protect players interest but my GOD, BARCA PLAYERS please GET A GRIP this are different times. You are not going to struggle like a lots Of people around Spain or around the world at the moment with out any income for families. Nurses with ONLY 900 Euros a month Risking their lives in hospital for all of us now. You should offer
BIG MORAL QUESTION ?
And thats kind of the point, whereas bastards like Branson, Martin and now Gordon Ramsay are looking after their own swollen accounts, some still retain a level of humanity.
Public opinion, it seems , has even reached the pro-government BBC…

although there was still a bit of selective framing…

Adidas certainly know how to do marketing, and we’ve seen yet another possible new strip… 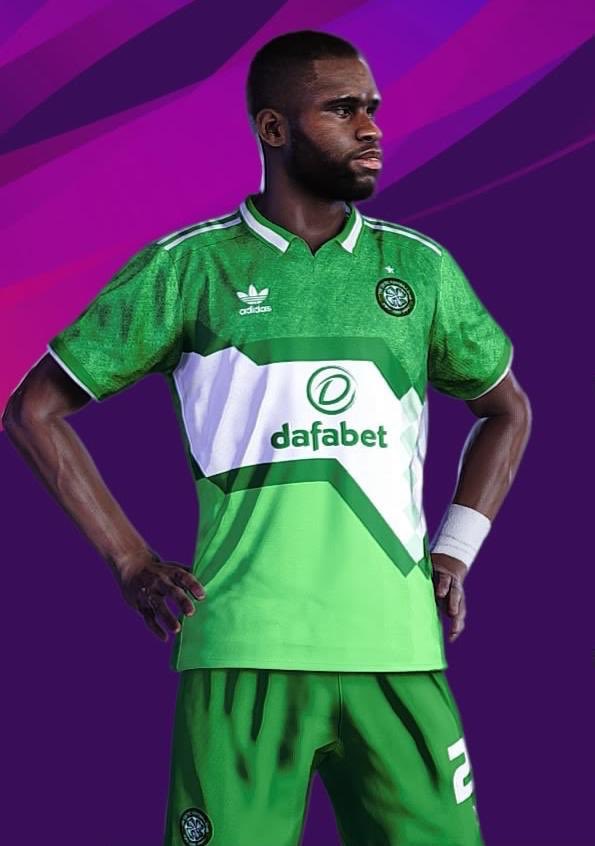 I like that one, although in fairness, I’ve still got this one…though that might be a reflection on the actualy quality of the product rather than the design. Come to think of it, all the Umbro tops have stood the test of time. Whilst we are on about things from the past, back on the 18th of March we can find the winner of

for this week, which as we have seen , requires a supreme level of knobbery to be even considerd these days, but this is outstanding, from Neil Cameron of the Evening Times…

Jim Traynor’s Loyalist replacement is a PR disaster for Rangers

By Neil CameronSport Columnist
The first paragraphs are a lesson to anyone starting out in Scottish sports journalism in how to get a job , keep it and even rise through the ranks…even though it is in complete denial of the truth…

RANGERS are not a new club. They didn’t die in 2012. I’ve never believed that or written anything close to it.

Those who spend their life banging on about Sevco need to find a hobby. Or a friend. Those who believe a football club’s identity exists on deeds, who the owner happens to be or all that boring stuff usually aren’t that into football.

Perhaps we should also award him the inaugural Woodward and Bernstein Award for Investigative journalism.

I’d forward this piece to Private Eye to be considered for the Paul Foot award, but I fear they would end up in A & E with ruptured ribs. 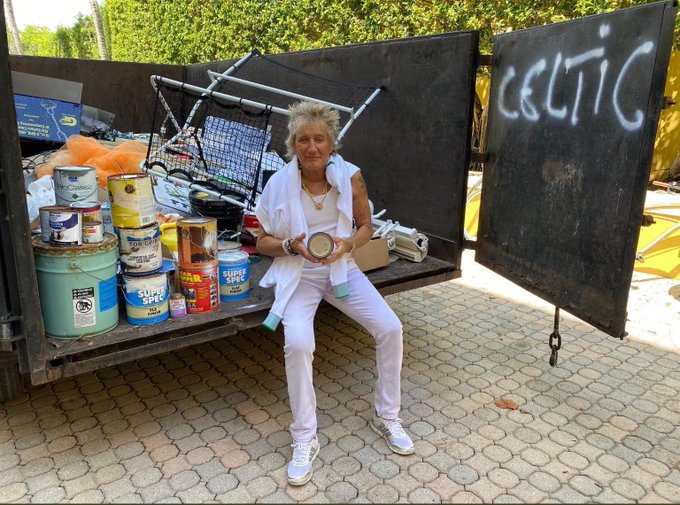 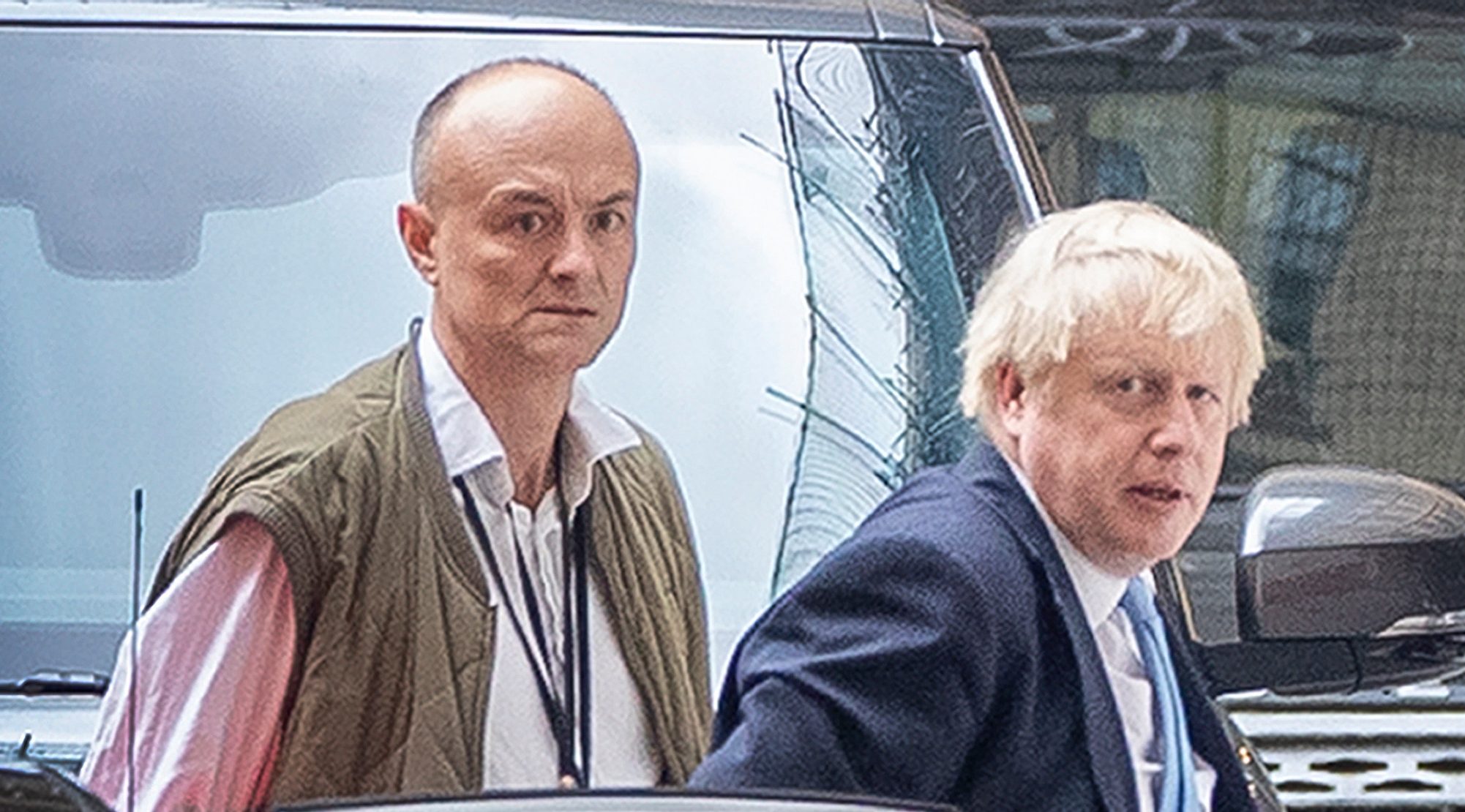 Cummings scheme begins to take shape, first the elderly then the poor as for a Johnston well there has to be a fall guy?

The journos that appear to keep pax informed continue to ignore the liability that is Sevco, only good news pumped out. Union Jack, Cameron, Lindsay and Jackass could be on the dole as newspaper sales crash.

Caption : ‘F**k sake Dom. Put your tadger away and pretend we’re looking for my pen’.

Caption .(a few days ago)
Ok cabinet let’s show the people that we fear no virus …crank up that conga song… Ah one an two an chewwwwww..

a bought a weldin torch and ten sheets a corrugated iron and tried tae make ma ain but the bas.art sank wen a tried tae launch it aff dalmarnock bridge

ma auld man knew the feelin saiz but they dun um a favour cause the lazy bastar.s would only a held um back aint catholic education grand

Eugenics experiments that went horrifically wrong, thankfully about to be remedied by 2.75 ton Range Rover.

Filming of the Laurel and Hardy remake gets underway in london

Dempsey and Makepeace have let themselves go

That prick hancock has been on tv 7 days in a row spreading his lies about protective equipment for NHS workers and about how many ventilators the UK has.
After his latest lies about us having 12000 ventilators were exposed and the NHS confirmed we have just over 8000 , he his now self isolating so he can tell his lies without being questioned.

Most ventilators 2nd hand from private health sources. My understanding is there is no company in Britain with ready made equipment for making ventilators. Could have had much more of everything we need if we had accepted the offer of the EU devices and equipment. British isolationists whose greatest literary achievements are all fiction. Tradition is a wonderful thing. Sometimes anger can be justified too.

” Heh, look at that hen. I always telt ye that thon Aliens were livin among us and that the Feckin Government knew all aboot it.
Whit dae ye mean which wans which?”

Caption
This IS fucking serious …what do you mean Puggy didn’t win?

There you are. Was worried yesterday. Didn’t want you found in the loft like Norman Bate’s maw.

Caption: Jelly and a 99 when they die.

Talking of Dominics’,I liked Dominic Diamond’s advice to those who applaud the NHS at 8.00 pm and voted Tory; “use one hand and your cheek!”

Caption,ffs sake cumdog ,see you and that bloody bulldog spirit

Caption.
Priminstership deemed null and void. Cummings and goings to be investigated

Has anyone heard from Charlie Saiz?
Has he ‘ joined up ‘?

I have, but you can have him.

good to see in these turbulent times you’r still at it….

Charlie,
He’d need more than a baton to control me m8

Caption: Thank fuck a positive test and I don’t have another sprog to pay for.

2 wankers looking for a bus to throw the other under

Fascinated by the clap the carers campaign and #lightitblue. I think Wag the Dog is one of the most significant movies ever made. It exposes the role of PR and spin in the modern world. Watch it if you can but you will struggle to find it, which is strange as it stars De Niro and Hoffman. I have every reason to clap but I cannot abide being played. And the people who clapped for a nurses wage freeze in 2017 (doctors always do ok, same schools) and know that video is viral are playing us.

The king has left the building 🙂

very enjoyable read – not the subject matter, the writing.

Caption: “I can see something coming, but I still don’t think it’s the rangers.”

Here’s a wee story to lighten your day or night – or maybe just annoy you.

After doing some of the quiz, I am wondering if I have ever existed anywhere. I could answer nothing. But that could be because I am clever somebody with nothing between my ears. Yea!!! one right!

Caption:-Two more hopefuls arrive in full makeup to audition for the Walking Dead.

It’s Friday, it 5 to 8, it’s bye bye Sevco time.
Admin this week coming, certainly before the end of the month. If they wait til after the 31st March, then the points deduction would tip over to next season.
Jelly and ice cream all round.

ffs have the aliens landed………….is ther anybody out ther

There’s a field near me with a cholera pit. A mass grave from 1832. 40 weans in a village who, they say, visited gypsies for fortune telling. The Spanish flu wasn’t Spanish. In 1918/19 they had no press censorship as they were neutral. So they did what a free press does and reported. And now we have the ‘Chinese virus’. Hard to stop but easy to blame. Pandemics are as old as humanity. And so is finding someone to blame.

The King has left the building, the house of cards crumbles.

Dave king, not so much walking away as sliding under the door like the snake he is….

Whits everybody up to this weekend? I’m having a quiet one in the hoose.