Browse: Home   /   Alive and Kicking in the Country Cluj 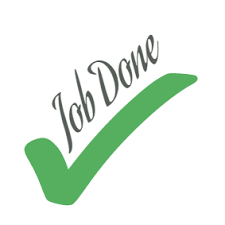 Alive and Kicking in the Country Cluj

From a brilliant YNWA ( see Hectors video on ETimsNet twitter), to a great Ali style TIFO and light show from the Green Brigade and then the ultra professional performance on the park to deliver victory and place the Hoops at the top of the group.

The only annoying thing was the poxy rain that caught a few of us out on the way to the game but even then we were able to laugh hearing about the lack of VAR over in Switzerland as The £10m James Tavernier Show continues on its European Laughter Tour.

It really was a brilliant performance by Celtic and all praise to the players, the management and to the fans for ensuring everything went exactly to Lennys perfect plan. As Lenny said the only disappointment was we didn’t score more goals but that’s only a small gripe and means nothing in the overall picture of satisfaction that was being painted out there on the pitch.

At the back, Big Fraser did his bit by blocking attempts and even when Cluj put the spilled ball from a free kick into the Celtic net, Forster and the defence all knew the player was offside and goal wouldn’t count. In front of the keeper the main star was Julien. The guy strolled through the game and won every header and played each pass with confidence. I watched as he controlled the back line and its great to see him really blossom snce his big money move in the summer.

Alongside Jullien, Ajer kept it simple and his headers were constant in denying any chances for Cluj and he had a few runs into midfield too. It was good to see  him stay on his feet for the 90 minutes and hopefully that part of his game has gone. On the right we had Elhamed who had a decent game but wasn’t particularly showy whilst on the other side we had Boli Bolingolli.

Hes like Frank McGarvey at left back..one moment brilliant, next bewildering and ball watching but last night, what a contribution. With the whole stadium and Cluj team thinking what seemed a hard hit pass on the soaking pitch from Calmac was flying out over the bye-line, up sped Bolingoli, he raced 30 yards to reach the ball on the line and deliver a perfect chip for Odsonne to head home the opener. Brilliant wing back play and Bolingoli almost got the second with a well drilled shot that was saved by the keeper.

After the game Lenny praised his defender and talked about how he is blossoming now he has adjusted to being at such a big club. If we can hone his defensive attitude just a little, we could have another Didier Agathe on our hands.

In midfield, we had Broony, being Broony and after a confrontational start with a few Cluj players, Broony settled into being the perfect out ball and ran the show from the back. Alongside him, the Scottish Xavi ( copyright Hector) Calmac just kept switching play from side to side and looking for that opening, encapsulated by his perfect pass for the opener, a ball only he knew was expertly placed and weighted to be met by his colleague. It was also good to see a few darting runs forward too from Callum and at one point he played 2 1-2s with Eddie that nearly created a brilliant opening for a beautiful goal opportunity.

With Broony and Calmac doing the pendulum control tasks, the forwards had room to breathe, create and show their class.

Looking at our wide men…James Forrest was back on the right hand side ( thank God!) and after taking a while to get into the game, produced the assist for the 2nd goal. That pass was to Mohamed Elyounoussi , the loannee was playing out on the left and gave his all and got reward for a great run and endeavour with the second goal. The man up from Southampton ran about all night and you can see the silky touches coming back, think of an Eyal Berkovic but with the right attitude so we could be smiling at a lot of his play as season progresses.

As for through the middle..we will start with Eddie. 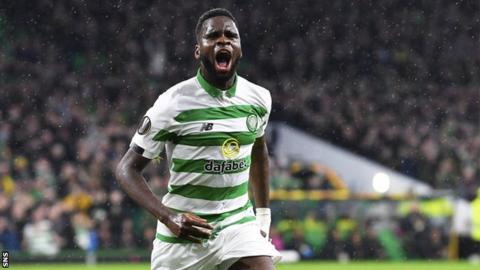 The guy we all want to be say Celtic fans. A great performance once again from our centre forward, even after getting clattered, he still ran the line, held off multiple players and gave it his all for 90 minutes. A real star up front and took his goal with ease to head passed the Cluj keeper.

Amazingly despite such a great showing, Edouard wasn’t the best Celtic player on the pitch.

That honour goes to Ryan Christie.

What a player. What an engine. If we want a solution to the energy crisis, just get scientists to check what fuels Ryan Christie. The guy was everywhere. Running, passing, shooting, tackling, harrying, covering, absolutely incredible and it was great to see Lenny take him off in the last 5 minutes so the crowd could show their appreciation for our star man. Everyone rose to their feet as Christie departed and the only hope is that at some point we can give him the odd rest or two, the guy is simply superb but we cant run him into the ground.

Hail hail to our Christieano ( copyright me) …a true superstar.

As mentioned before, a big bravo to Lenny and his team, The team line-up was ideal to achieve the victory against Cluj who are a very decent side indeed. Lest we forget they have beaten us and Lazio already this season. Last night Cluj weren’t at the races, purely through the personnel and game plan that Lenny had identified and implemented.

A final wee special note to the fans.

On a brilliant Sold Out occasion, the fans had Paradise rocking once again and one lucky giy even got to toast Ryan Christie with a half bottle of buckfast..

No doubt Celtic Security will be getting CSI Tollcross involved soon enough.

A special well done to everyone for the 18th minute standing ovation tribute to sadly deceased young fan Liam Hendry, it was  a lovely tribute for one taken so young.

So all in all, a  great night and well done all.

Its looking good so far but a long long way to go of course. If we can keep this attitude and first team stars fit and healthy then hopefully we can get over the line to secure qualification quickly and then look forward to Xmas and beyond. Next up is Lazio at home…lets all go out the and upset Paulo Di Canios mob!

Great performance only slight criticism was the timing of substitutions, a bit earlier due to midfield tiring with 15 to go

Take that but Juliens first header, anywhere else in the frame, scores. I felt they targeted Broony from the start but he dealt with it superbly. Keep going Celts.
In the absence of a caption I suggest half bottle guy…
“ Honest it’s Benelyn officer”
KOTW…Dan Petrescu

That’s a good reminder…we had 2 very good corners in a row last night, the short pass and out to wing back to cross into the box

Great result and performance, and what bodes well is some of the players can play better. Elhamed’s use of the ball was poor at times but defensively good; Boli was the opposite with great support going forward but a few times you’re just thinking “deal with it!” Ajer was much better 2nd half until that square ball that Chris just about dealt with in injury time. In midfield Brown was great, Calum much sharper and Christie immense. James was good, final ball could have been slightly better at times but worked so hard, as did Elyounoussi. And I just wanna… Read more »

The subs thing is something I agree with. I was thinking time for a sub on 70 mins as a few looked weary and looked like they were looking at the bench but seemed to find some resolve. very Hopefully a few can get a rest this weekend as this will be a tough fixture and I am always wary of adrenalin crash after such a good midweek win so would be nice if we could get some rest for Ryan, James, Calmac and possibly Eddy at some point if not from the start. I would include Broony but know… Read more »

Seconded, WTF are they?

I have no idea what your talking about unless you mesn pictures in articles arent showing as they should for you..try right clicking and select Show

just been on bbc website and they have a page for how each player did and lo and behold they have a cluj player as man of the match.how much do you have to hate us to be so so so petty and childish.

Vote Up0Vote Down
The wild goose

If I were Dan Petrescu I’d be demanding a drugs test for Ryan Christie, he must of had a gram a speed or a few lines pre match, or he’s just a machine

Caption: I’m getting elderberries with damson infused, chocolatey after notes and as it leaves the palate the slightest whiff of smelly big fuck off Glasgow polis.

KOTW:Kenny Miller’s “they, them,” any word but Celtic punditry.

Watching replay of Lazio v Rennes. Lazio well beatable they’re well organised but weak on their left hand side meaning Forrest may have a field day

Yeah desi excellent write up . I sense were getting closer to our desired goal another treble isn’t out if the question watching the Huns and watching us indicates four victories over them and thus another treble. They’re the only threat. Unless they pick their game up this could be quite an easy task it’s europe we can focus on. Pity we didn’t make cl because that money would
Have put us out of sight for a decade.

Caption: Dick dastardly will never catch me in here.

You should really take that picture down of the buy drinking the half bottle. Guys and idiot drinking it in the open like that but the club are clamping right down on it and loads from the standing section have had bans for being caught on camera.