Neil Lennon seems to have been pleased rather than relieved after his charges fought back to earn a 2-2 draw with Inverness on Saturday;

“I was disappointed with the first half but pleased with our character in the second half.

“We don’t want to go back to last year in terms of dropping points. But that was a point gained because of the situation we were in.

“Mulgrew, Joe Ledley, Matthews, Scott Brown and Efe Ambrose – stalwarts of the team – got us through the game.”

That most of us would not consider two of the above as automatic starts, and he apparently does, could be a warning sign ahead of Wednesdays game against Shakhter Karagandy, a game where the unthuinkable could happen, and Celtic could exit the Champions League.

For all the moaning, and all the criticism of the management and board, theres nothing they can do about it now. So we have to get behind the team, and allow them no distractions, such as who is coming in, or who has bid for which player, or who is paying James Forrests medical bills.

Its all about the game now.

This wee guys got the right idea.

Put simply, Celtic must score three more goals than Shakhter, something that given the Khazaks side lack of ability and experience should be achievable.

Lennon himself seems to think so;

” Karagandy are organised but not the most subtle team.

“If we go a goal down and have to score four then I think we’re capable of doing that.

“But we lacked a bit of conviction in our finishing in the first leg. We didn’t maximise the opportunities we had.

“If we go out at this stage it would be a real head-wrecker.”

Scott Brown reckons the atmosphere at Celtic Park could be a ” head wrecker ” for the visitors;

“The atmosphere at Celtic Park when it’s full is incredible and as soon as Shakhter walk out they’re going to be hit with 60,000 fans singing ‘You’ll Never Walk Alone’.

“That’ll put shivers down their spines because I know it did when I came here with Hibs.

“They’re going to give us a lot of possession because they will try to defend a 2-0 lead but we’ve got good enough players – including those who didn’t play against Inverness on Saturday – to come in and score goals.

“In the second half against Inverness the fans were behind us 110 per cent and that pushes us on to that extra 10 per cent.

“It’s going to take three goals and we’re going to have to start high up the park and put them under pressure, make them make mistakes. If we don’t score in 70 minutes we’ll stay patient because we know we can score two goals in five minutes.

“Look at the end of the first half against Inverness and how much pressure we put them under.

“They didn’t get out of their own box, let alone their own half, for the last five or 10 minutes.

“It shows we can do that. We just need everybody to focus and do their jobs properly.”

Realistically, its only the last sentence in that statement that matters. Brown also had a word about the new guys when prompted about how long its taking for them to settle in,  kind of irrelevant for this week, since its unlikely any will start against Shakhter;

“It took me a good six months to settle in but these days there isn’t that much time.

“They’re straight into big games. I don’t know if they realise how huge a club Celtic are but that’s why you come here – to play in the Champions League, in the big matches. They’ll figure that out very quickly.”

With very little appearances between them, its a harsh press that points out that they haven’t settled yet, and the Record headline, based on the above quote,  goes even further; Thats not quite hat he said, is it ?

But lets just put all that to one side for now.

When the team play at a high tempo, they can be unstoppable, and thats how it needs to be from the off. If there is a tiny worry , its that everyone seems to be relying on the crowd to do their bit. Thats why the tempo has to be high. Although the players are looking to the crowd for inspiration, it won’t take long for any nervousness or panic to spread from the stands to the pitch.

Tickets are still on sale, and the ticket office will be open until seven tonight and tomorrow so you can go and pick them up. Which means they haven’t sold as many as they had hoped by now, although there is little doubt it will be a big crowd.

Meanwhile, London Times carried a curious article at the weekend. The Co-op bank is restructuring the way it lends money, as they are a bit short themselves this week. At the moment, Celtic can borrow from them, via overdrafts or loans, up to £34m at just 1.5%.

Which is a cracking deal. But it isn’t going to last. Which is the way things happen in the real world.

But the Times actually singles out Celtic as suffering for this, which is unusual considering the restructure is because the Co-op is a bit short by over a billion pounds, and that means they probably won’t be too concerned about Celtic when they look at the big picture.

Especially as it is a loan facility, not a loan. Not a debt.

However, one or two less enlightened on websites that would get your computer taken off you reckon that Celtic too, are facing financial oblivion. Thats to be expected, as they don’t understand any of the basic financial premises.

Incidentally, the Second Rangers revolution continues, despite allegations of betting, false advertising and boardroom shennanigans, and the club should be proud of the fact that they have achieved another milestone in Scottish-and possibly World-football.

Their game against Brechin, broadcast live on new channel BT Sports, drew an incredible , and commendable, 24,000 viewers. 44,800 were at the game, meaning that they had nearly twice as many ” real ” fans as “armchair supporters ”

Well done, they have to be proud of that. 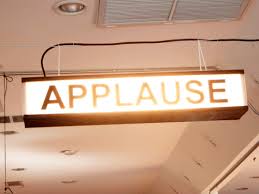 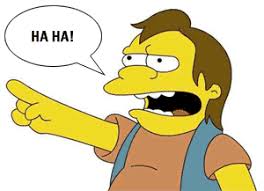 To put it into perpective, 24 hours in A and E , channel 4, Wednesday that week, was watched by 2.3 million viewers, almost a hundred times as many.

It also seems that Mediahouse do the PR for the new sports channel;

“Sky Sports allegedly have five times our audience yet they only attracted twice as many viewers to similar Rangers games last season, as well as some top tier classes from the Scottish Premier League,” said a spokesman for BT. “That is despite them being around for many years. That simple comparison shows how well we are doing.”

The world is full of idiots, and they all meet up in the Blue Room, where they all discuss the real world, a place where one or two of them claim to have once visited.

Yesterday saw Virgil van Dijk make his appearance amongst those who have pictures selected from google to identify them, and today, see if you can guess who this is;

So lenny was happy with the second half performance Saturday, well that alone tells me he has to go, if we are only capable of performing for 45minutes instead of the full 90 then CL football is over for us, all we did Saturday was constantly hoof the ball into the box as often as we could, not with any real quality as most of the time it was izzy doing the hoofing, i just pray that lenny finaly realizes that mulgrew can only play center half and nowhere else, and he also realizes that Forrests best position is on… Read more »

Dont get the comment that only two of the mentioned players are your first team picks just who aint given our squad ,surely not mattews or ledley the best right back at the club or our only goal threat from midfield,that leaves capt brown who I personally think plays to much like the manager and slows down the play,that leaves just Ambrose and he was the best central defender on sat,and cant be blamed for the debacle of the first leg as he was on the bench,I don’t think its the players is the lack of organisation and tactics employed… Read more »

Jack Irvine ia an obsessed AntiChrist Tim-hating fud of a slimeball maggot. Apart from that he is alright. We all knew Sevco zombies lived in la-la land but he takes the ultimate biscuit and he gets paid for it too! Now they are slabbering at the prospect of celtic doing an Oldco instead of focussing on the calamitous shambles that is their zombie club. I like Lenny’s description of the possibility of being a ‘head wrecker’. I sincerely hope that our new players have it drummed into them just how vital this is. I’m sure the wall of noise they… Read more »

Cmon we are all in this together so let us all get behind Lenny and the team an frighten these Eastern boys out of their skins. I forecast Celts to win 4 5 or 6 0. Cmon the Hoops!!!

Right…I’ve got Wayne Sleep but cant get the Celtic or That’s Life connection!

I don’t think we should mess with the defence this time go with those we know and trust..
Lustig ,Efe,Mulgrew.Izzy.
Commons,Brown,Ledley,Sammy
Watt,Balde

I’m going for 4-1. Is Boerrigter fit? if so I’d play him in a midfield with Sammy down the other wing Commons off the main striker and Broonie and Joe doing the dirty work. Big Balde up front and back four of Izzy, Matthews, Lustig and van Dijk. Just an idea. HH

We were told, that when the old rang-ers started going down the ebt route, that Celtic was offered the same opportunity. Having looked at it they decided that it wasn’t for them. Now the question is, having seen the inner working of the dodgy ebt’s, why didn’t Celtic report them to the relevant authorities? So the Celtic board new they where cheating for over a decade that seen the PLC lose out on tens of millions and the club on numerous cups and trophies. Why? Answers on the back of a 5 pointed stamp.

If fit, Stokes HAS to play in this game up top. He’s closest thing we have to a penalty box striker and we need someone sniff out and finish the (hopefully) many chances we create. If Boerigter is fit, him on left and ask Sammy to do a job on right (he’s played there before, sure). Also, among other reasons, Efe and Charlie at the back – their defence will be so tight we’re going to need them to bring the ball out from the back. Both are goal threats from set pieces. But I’ve a feeling Lenny will want… Read more »

Ralph I hit a wrong button somewhere and my masterpiece has gone to join Jack Irvine’s PR in the compost. It was one of my usual briefs but if you cannot be “cooperative” then I will take my 1.5% debt elswhere :). Can I just say, I have hope for Wednesday night and Big Bella for Thursday night but I have still to get fixed up for Friday. Wayne+Biggun+ZZZ = Wayne Biggins. He came, we saw – or rather we never saw – and he left all in one season. I think he is recorded as Celtic’s worst ever signing… Read more »

PB..Olivier Kapo not get a mention?
He came,we saw twice and he left in a huff.