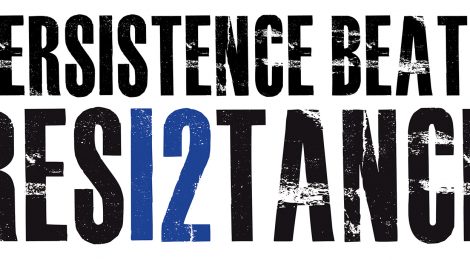 There’s been a sudden interest from the media in Resolution 12, as the owners of a couple of newspapers realise that they may well miss out on the last few weeks of the Resolution 12 story.

I’ve been asked to pass on a sort of summary as to where we’re at….

The guys behind Resolution 12 commissioned a report from an independent, qualified accountant into the whole rangers cheating and the SFA’s incompetence/collusion.

They then had the very lengthy report checked by another independent accountant.

I have read the report and it is an absolutely damning indictment of the SFA.

Celtic were provided with the report a couple of days ago and a large group of shareholders have/will be contacting Celtic expressing their unhappiness at how this matter was dealt with at our recent AGM.

The endgame has begun, slightly ahead of schedule, and that means the information quietly gathered and the support quietly garnered from shareholders will now be put to good effect.

Over the course of this week there will be stuff out there that will certainly rattle a few people, and one person in particular should be very worried.

Keep your eyes on the web for a couple of somewhat startling revelations, although one has to say they’re not actually all that startling when you look at the bigger picture.

Persistence, as we know, will always beat resistance.

How about at the 12 minute mark of each home game fans stand up and turn their backs to the game to highlight our board’s inaction on this subject and also to highlight SFA corruption?

Yep, been saying this for a long time, EVERY game until this issue is addressed!

Oztim,
Do you think the board give a fuck if we turn our backs to them, you have paid for your ticket, what happens after that is irrelevant to them.
It’s our money they want not a swatch at your puss.

Brilliant news. Surely leaves our board members in a very precarious position.

“Let justice be served— though the heavens fall.” Michael Davitt.
Well done all those who have kept Res 12 on the front burner. It is now simmering nicely!!

I just love the way u guys have stuck to yr task when it would have been easier to say at least we tried’ hopefully getting to the end’ but I hope and pray our board were not involved in this.KEEP THE FAITH BHOYS N GHIRLS

Imagine having to spend years, money and time fighting for an honest game, that should be a given. Imagine the President of the SFA. putrid Petrie being the chairman of the licencing committee that gave the Huns the licence to compete in that years 2011-12 C.L.qualifiers at Celtic’s expense. Imagine the SFA. secretary (Regan) and all his Hun cohorts facilitating that and more, could Celtic board members also be involved?
Scottish football is “Tangled Up In A Blue” quagmire, well done the Resolutioners and thank you for all your efforts. “Persistence Eh”.

On a number of occasions now i have asked what action can we take as a support, if the Celtic board/SFA do fuck all about this issue. Unfortunately it seems we have arrived at the peak of the mountain, the board have made it clear they have ‘ moved on ‘, UEFA don’t give a fuck because they along with Walter Smith & Richard Gough have confirmed this is a new club, however it isn’t a new fucking SFA & UEFA should be very interested in that, considering some of the shadowy figures involved in this are now in the… Read more »

Cap doffed to all Resolution12 requisitioners! I’ve long said….
“Empty the park, or suck up PLC lies.
Empty the park till, DD’s share value hits the floor, then he’ll leave. Give the keys to Jeanette Findlay, allow her to recruit a hierarchy of, socialist, left wing rebels, who are nobodies mugs. Then let the good ship Celtic, sail on!” ✊
✊YNWA in the Jungle!✊
Simples.✌❤

Truth and justice will always prevail,and out of the darkness will come the light as the axe falls down hard on the necks of the guilty…

Actually hilarious how delusional you all are. Keep going please. 7 years of your lives wasted on this stuff isn’t enough!

Should you not be touching your sister about now?

Its you that’s delusional if you think that you support the same club, your club died mate, well you know the rest…

WELL DONE TO THE RES..12 GUYS FOR CHASING THIS YEAR AFTER YEAR SINCE OLDCO CHEATS RANJURS 1872 WERE PUT INTO LIQUIDATION WHICH ALL THE SCUM OVER AT LIEBROX DENY I JUST HOPE THAT HAMPDEN GETS CLEANED OUT FROM TOP TO BOTTOM STARTING WAY DONCASTER..PETRIE..MCRAE..MAXWELL..OGILVIE..JOHNSTONE AND THE SCOTTISH FOOTBALL FANS GET OUR FOOTBALL BACK ON THE MAP WITHOUT THEY CHEATING SCUMBAGS AT LIEBROX HOPE THEY PULL IT DOWN BEFORE IT FALLS DOWN ON MORE INNOCENT FANS GETTING HURT AGAIN EH…HAIL HAIL CELTIC FAMILY AND THE VERY BEST TO 2020..

Hello fellow Tims, I am a Celtic shareholder and proud to be so for twenty years. I would be willing to put my name and share registration number to any support needed to address the lack of support we have we received from the Celtic board who asked us at our AGM last year to supply them with ” a smoking gun ” which we at resolution 12 supplied and they would fire the bullet. It is about time that these bonus collecting so called directors stood up for the faithful Celtic support and shareholders and expose the SFA for… Read more »

Sure, maybe he could leave with £50m this time.

The report mentioned in Phil’s article will be made available for public consumption, if the message that accompanied its delivery from Friday by a number of shareholders, who had signed up to the 2019 Resolution 12 and were unhappy at the reasons given at the AGM for leaving the matter with the SFA, is not answered in a reasonable and timely manner.

However shareholders who were not signatories but who want to have a say now should contact auldheid via E Tims to be involved.

Hi Auldheid. I’m a small shareholder but will gladly put my support behind this if it helps

Auldheid, I only hold just over a hundred shares. I only got necessary numbers for voting just in time to vote by proxy for Res 12 at recent AGM as they were held by broker. I now have Share certificate. What do I need do to help with Res 12?
Ralph has all my contact details. Please advise.
Ralph, I hope your back’s improving and you’re now in fine fettle! 🙂
HH, FC not PLC.

Here’s hoping this is not another’dusty drawer in Dunfermline’ moment.

Can anyone help me here.

Vote Up0Vote Down
Laugh at yahoos

Haw haw haw your own mob voted this down by almost 87% just like the old celtic football and athletic club it’s dead. No more begging for money online for the usual suspects.

Stupid, stupid Huns!
Away & brush your tooth ya bell end!

I have never seen any so called 5way agreement. That guy?

I’m trying to figure out the boards position and trying to seek an explanation for there lack of action on Res.12. In 2018 Lawwell said that Regan took the rap for problems in the SFA. saying that its in the need of refreshment. “I think there are others in there who have presided over the SFA. for a number of years that really need to have a look at themselves now, clearly there are issues”. He was suggesting that Regan wasn’t the problem. PRESIDED that suggests to me that he was referring to McRae the McLeish server and of course… Read more »

Where’s this guy ‘ fans with scarves ‘ these days?
Awfy quiet like.

RT @AndrewMgan Potentially 4 out of the 8 Scottish Cup ties to be played on Astroturf pitches, what a shambles!!!