Browse: Home   /   INVINCIBLE – The Book of THE Season 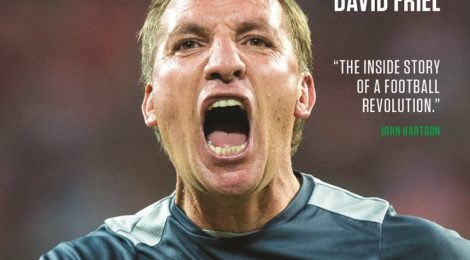 INVINCIBLE – The Book of THE Season

The new Scottish Season begins tomorrow. Remember the last season, course you do, it was only back in 28th May that Tom Rogic waltzed his way into the History books and scored to win the treble for the Invincible Hoops.

So before we get all giddy about the season ahead, Lets never forget, as if we could, what an achievement that was, especially in our Managers first season at Paradise.

Thankfully, David Friel of The Scottish Sun ( Ok, Nobodys perfect and he used to be at The View so fair dues! – Ed) has written a fine record ( record..gettit?..boom-tschhh) of that wonderful period for everyone concerned with our club via our friends at Backpage Press. 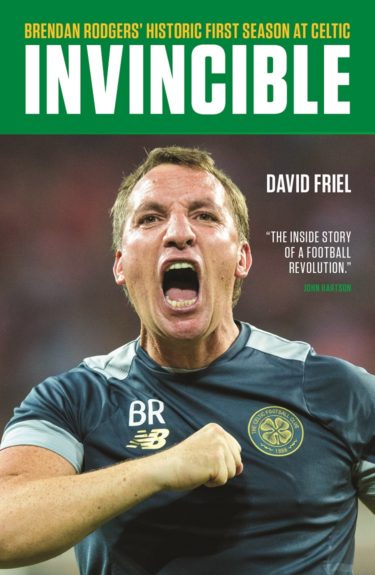 As you can see, the books title is INVINCIBLE but look just above that, see how it reads the phrase: “Brendan Rodgers Historic First Season At Celtic”.

This is so fitting as the book is basically a “Wow Brendan, just wow” and I mean that in a good way. This book gives you a great insight into the great insight and foresight of Brendan Rodgers. By the end of it you come away thinking his nickname should be Mr Meticulous but I grant you, its not very catchy now is it?

The author covers the initial “open minded” meeting with Brendan and Dermot and Peter. No doubt the vision and demands that were discussed there impressed all. The books opening chapter “London calling” also covers the talks the manager had with a nervous Broony who would find himself recharged under the Irishmans lead.

The famous unveiling of Brendan at Celtic Park is covered and how he so readily won over the crowd. The similarities with Martin O’Neill appear aplenty within the book but by the end its clear that Brendan is very much his own man and has his own legendary status already carved out, with a promise of much more to come.

The signing, and subsequent rise of Moussa Dembele gets well covered with the players agent Mamadi Fofana giving first hand accounts to Friel on the influence of just holding personal talks with Rodgers. The “We can phone Saurez just now” tactic shows the showmanship of the manager in helping to capture the interest of the hot young French talent for the Hoops.

There’s fun elements with the Joey Barton, whats the word…farce, debacle, embarrassment, shambles, idiocy, Affair covered. What was the poor lad ever thinking in talking himself up against Broony whilst talking down our “tan and teeth mid life crisis” Manager? We all know how that turned out and it will always raise a smile. Sadly we dont get to know Brendans thoughts on Mikel Lustig wearing a beach ball on his head passing Barton but we do get to read Broony savouring the Boy in blues demise during the 5-1 hammering. 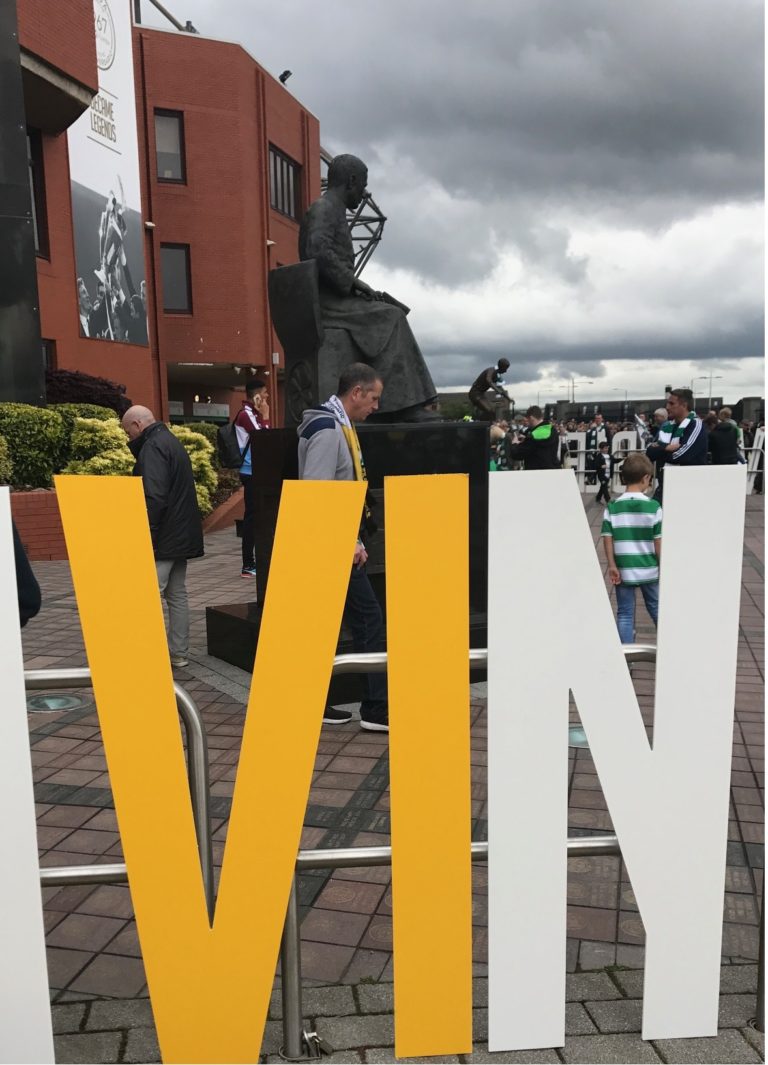 The main players covered include Broony, Dembele and also an excellent Scott Sinclair chapter. Tom Rogic, of course, and Kieran Tierney get plenty of interest but the player highlight for me has to be Craig Gordon.

Gordons rebirth into “Sweeper Keeper” is a very good read as it gives an insight into a seasoned professional being forced to make a choice and we read of his rising to the challenge along with a manager admitting acting in haste. Very interesting indeed.

As for the games, well the ones mostly covered are of course the League and CL biggees,including Gibraltar, which shows it aint how you start its how you finish.

Theres good content on the Barca humping with a look back at Brendans visits to Spain and also the changes made to earn the draws with Man CIty and the differing Borussia games. League wise, Rangers games duly raise a smile or 5 and theres interesting reading in the coverage of the Motherwell 4-3 rescue.

It conveys the bonds he creates with players, staff, fans and anyone connected to the club and also to football itself. It is very impressive and the more you read about the guy, the better, amazingly, he gets. We really are lucky to have him.

For photo fans, the book has some good pictures but the most interesting thing about the pictures for me is the essence of camaraderie as well as leadership. We see the winning podiums of course but I preferred seeing Brendan leading youngsters to take applause, seeing Brendan getting his whole backroom team pictured when winning Manager of the Month..even down to seeing Brendan leading the side down a cliff path towards the opening training pitches abroad.

For those not really into books, dont worry.

This isnt a heavy tome at all. Only 200 pages in paperback format and a highly recommended light read. Its perfect for commuting to work and grabbing a chapter en route and back.Its perfect for a wee late night read before dreaming of the Hoops like wee Kieran dreams of Paddy. Its perfect for a wee lunchtime read for when youve earned that break and cant think of anything witty to post on the Diary.

For some there may not be much new in this book given a lot of the info is credited to various publications, tv interviews and websites but Friel clearly did do the leg work attending over 40 games and chatting to people where needed. A fine treat all in for Celtic fans with the first person accounts from Dembele’s agent the highlight for me.

So, why not get yourself settled in for next season with a wee reminder of the wonder that was last season. As David points out…Lest we forget:


47 domestic games. 43 wins. 134 goals. Zero defeats. Three trophies. Invincible. The Celtic team of 2016/17 became only the fourth in the club s history to win the Treble. Greater still, they completed the entire domestic season without losing a game and in the process rewrote the history of Scottish football. This is the inside story of the football revolution under Brendan Rodgers that transformed Celtic. We are inside the room as Rodgers signs Moussa Dembele; on the training ground as players such as Scott Brown and Stuart Armstrong are reborn; and inside the boardroom as Rodgers lays down the blueprint that he hopes will establish a dynasty at Celtic.

Amazon link with a preview read is available: HERE

So a scottish sports writer wants to fleece Csltic fans on buying a book, yet the biggest sports cheating story ever lies beneath his remit. He can fuck off.

Hope you treat the Celtic Board with same measuring stick

I’m certainly not the boards number 1 fan,but I would never give a Scottish sports writer a coin.

The home game against Manchester City was the BEST game of football I saw for the whole season, anywhere in Europe. You then had Pep saying that in his dressing room afterwards, his team was silent due to the fact they were KNACKERED. HH

This Sun hack can get to fuck. Silent on cheating and corruption, he thinks of making a few quid by wanking Celtic fans off? I’d rather slam my balls in a car door than give money to this guy who works for a piece of scum.

Don’t need to read it Desi your review did the job fine.

Vote Up0Vote Down
Charlie Saiz £30 each is all it will take...

I’m with Jimmybee on this unless of course some of the profit is going to the Celtic Foundation/Charity then he won’t be getting a single penny from me.
The biggest story in Scottish Sport has been more or less whitewashed from history by the MSM and yet we have guys like this trying to make a buck out of the Celtic Support?
Aye ok.
Nothing to see or read here Timothy move along…